The House GOP Review is a weekly feature that gives Tennesseans an in-depth look at what our Republican state legislators have been working on this week, and a glimpse into what’s planned for the coming week at our state house. This week’s highlights:

Charter schools are public schools that are given flexibility to operate without the constraints of some of the rules and regulations normally imposed on traditional schools. In exchange for this flexibility, they are held accountable for performance through a charter, which is an agreement between the local education agency (LEA) and the charter school. It requires a strenuous approval process by the LEA and an equally tough renewal process of the charter every five years. Many of the speakers that testified before the committee praised Tennessee’s stringent accountability measures, that ensure the schools are performing well.

A report released last year by Tennessee’s Comptroller’s Office titled “Tennessee’s Charter Schools: Issues of Innovation and Sustainability,” found student eligibility restrictions and limited facilities funding may compromise the long-term viability of individual charter schools and recommended many of the changes included in the bills. The report recommended that the General Assembly consider making eligibility for charter school enrollment less restrictive and consider more precisely defining state and local charter school facilities funding responsibilities. In addition, the report recommended that the state should also identify charter schools’ best practices and implement a system for disseminating that information to traditional schools.

The bills that are currently before the committee address four main components of the public charter school law:

Tennessee now has 15 public charter schools, with six more opening in the fall. Of those 22 schools, Nashville will have five, Chattanooga will have two, and Memphis will have 15. The Memphis City School System also is converting four schools to charters this fall.

SJR 127 clears another hurdle; in Finance next week

Senate Joint Resolution 127 cleared another hurdle this week, facing little opposition in the Budget Subcommittee. The constitutional amendment carries a $20,000 price tag for the cost incurred to put notice in newspapers across the state that the amendment will be on the ballot. committee members were given a memo from Secretary of State Tre Hargett stating that his office will absorb the cost within their existing budget so that the legislature does not have to allocate funds in a time of budget shortfall. The move is not unprecedented; in 2006, former Secretary of State Riley Darnell paid the same amount for an amendment proposal to define marriage to go on the ballot.

The constitutional amendment is in response to the 2001 Tennessee Supreme Court decision in Planned Parenthood vs Sundquist, when the court created a right to unregulated abortion. The decision also prohibited the Tennessee legislature from enacting any regulations governing abortions, arguably making Tennessee the most liberal in the nation with regards to abortion laws.

Although the constitutional amendment has achieved passage in the Senate before, it has never cleared the hurdle of the Public Health Subcommittee in the House.

Republicans have argued for several years that SJR 127 would simply allow the people of the state to weigh in on the issue. The sponsor said there was a “powerful and pivotal passage in our state’s constitution which stated that power was inherent in the people,” and argued that in the past, the initial vote of six in a subcommittee silenced six million Tennesseans.

Republicans initiatives get tough on crime

Three Republican sponsored crime bills passed out of the House Judiciary committee this week, and are now headed to the Budget Subcommittee. Despite having fiscal notes, the sponsors said the measures are desperately needed for the safety of Tennesseans to keep violent repeat offenders off the street.

House Bill 241 aims to keep violent offenders incarcerated longer than they are currently required. If passed, someone convicted of aggravated robbery—whether it is a first offense or not—would be require to serve no less than 85 percent of their sentence. House Bill 525 broadens the offense of first degree felony murder to include the killing of another person while committing domestic abuse if there was a past pattern of abuse of the victim or of another member of the victim’s family. In the same vein, House Bill 526 increases the penalty for a fourth or subsequent violation of domestic assault to a Class E felony. Domestic assault is currently punished as assault which can be either a Class A or Class B misdemeanor.

The Tennessee Department of Health and Human Services (HHS) distributed information regarding the swine flu to legislative members’ offices this week, in an effort to educate the public on how to protect themselves.

HHS said Tennessee residents who think they may be ill with the flu or flu-like illness should contact a doctor. Symptoms of the illness are as follows: fever, body aches, runny nose, sore throat, nausea, or vomiting. Your doctor will determine whether influenza testing or treatment is needed. If you become ill and experience any warning signs, seek emergency medical care.

The Department of Health also recommended frequent hand washing with warm soapy water, keeping hands away from your face, eyes and mouth, and covering coughs and sneezes with a sleeve or tissue. These precautions can also help prevent the spread of other illnesses.

In case you missed it… 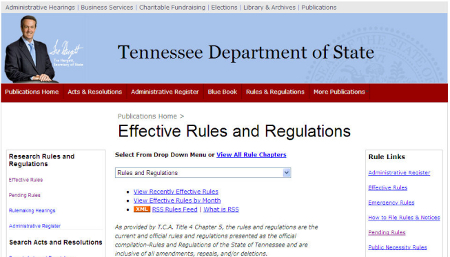