The victory allowed the Govs to finish the OVC season at 13-5, good enough for a second-place tie, and 19-12 overall. The Govs will be the OVC tourney’s No. 3 seed. The tourney will begin Wednesday with the Governors playing 8:00pm, Thursday against the winner of the No. 6 seed Eastern Kentucky-No. 7 seed Southeast Missouri contest.

Southeast Missouri ended the regular season at 9-21 overall and 6-12 in the OVC.

A junior guard, Edmondson, the OVC’s leading scorer entering the contest, finished with 17 points while Terry, a junior forward, added 16 points on 8-of-10 shooting.

Austin Peay never trailed in the contest, opening the game with an Edmondson three pointer and built as much as an 18-point, 29-11 first-half lead before settling on a 33-21 margin at intermission.

The Governors never led SEMO get back into the contest in the second half, scoring the half’s first eight points, four points apiece from Caleb Brown and Marcel Williams, who enjoyed his season’s best performance with seven points and eight rebounds.

Junior center John Fraley recorded his second straight double-double with 10 points and 11 rebounds for the Governors.

The Redhawks would not get closer than 17 points the game’s remainder as the Governors dominated defensively, holding SEMO to just 32.7 percent shooting (18 of 55) while holding a decisive 47-36 rebound advantage.

Marland Smith led SEMO with 12 points, but did it on 5-of-17 shooting. Marcus Brister and Lucas Nutt each added 10 points. 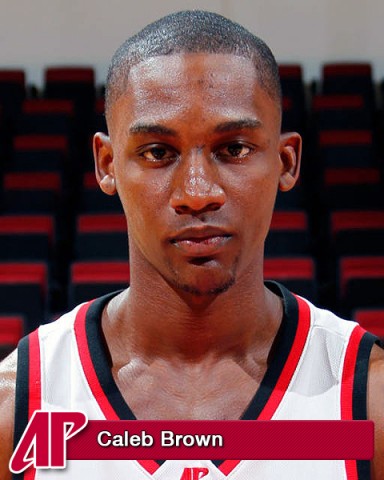