Nashville, TN – The Titans own the eighth overall selection and a total of nine picks in the 76th NFL Draft, a three-day event that begins April 28th and lasts seven rounds.

The NFL will conduct the draft from Radio City Music Hall in New York City, while Titans personnel will be headquartered at Baptist Sports Park in Nashville.

Like last year, this year’s draft will attract a primetime, weeknight audi­ence, beginning with the first round on Thursday night at 7:00pm CDT. The second and third rounds are set for Friday, April 29th beginning at 5:00pm CDT, and the draft concludes with Rounds 4-7 on Saturday, April 30th at 11:00am CDT. The current format was unveiled for the first time in 2010.

Fans can watch the draft in its entirety on NFL.Network and ESPN. Ra­dio listeners can tune to the Titans Radio Network, including Nashville flag­ship 104.5 The Zone. Titans Radio will feature special draft programming throughout the weekend, including gavel-to-gavel coverage of the first round.

TitansOnline.com, the official website of the Tennessee Titans, will pro­vide up-to-the-minute information on the team’s selections and press confer­ences with general manager Mike Reinfeldt, head coach Mike Munchak and other members of the organization.

Draft order is based upon reverse finish in the NFL standings. The Titans, one of seven teams to go 6-10 in 2010, pick from the eighth overall position in the first round for the sec­ond time in their history. They fared well in their first try, acquiring Munchak, a future Hall of Fame guard, in 1982.

The eighth spot is the highest the Titans have selected since 2006, when they chose quarterback Vince Young with the third overall pick. Since then, the Titans have used first-round picks on safety Michael Griffin (19th pick in 2007), running back Chris Johnson (24th in 2008), wide receiver Kenny Britt (30th in 2009) and defensive end Derrick Morgan (16th in 2010).

The 2011 draft is the fifth selection process overseen by Mike Reinfeldt, a former Oilers safety who was hired as general manager in February 2007.  Of the 37 players drafted by the Titans since Reinfeldt’s arrival, 27 were still with the club at the conclusion of the 2010 campaign.  Two of Reinfeldt’s first-round picks—Griffin and Johnson—have already been selected to the Pro Bowl, and Britt led the team in receiving yards in each of his two seasons.  Morgan missed most of his rookie season with an ACL injury.

* Compensatory selection based on 2010 net loss in unrestricted free agency. Compensatory picks may not be traded.

While the NFL conducts the draft from New York, the Titans are situ­ated in Nashville at Baptist Sports Park, located in MetroCenter. Titans ex­ecutives, personnel staff and coaches are stationed at a long conference table in the draft room, located on the second floor of the team’s facility.   Members of the local media also station themselves at the Nashville head­quarters.

Inside the rectangular-shaped draft room, the four white, magnetic walls are lined from top to bottom with information on NFL personnel.  Ev­ery team’s current roster is displayed on two walls, broken down by position within each club.  On another wall, hundreds of draft-eligible players are divided among position groups and ranked by grades, which place number values on the team’s final assessment of the players.  A “Top 150” board ranks draftees regardless of position.  Finally, another of the room’s walls is divided in half, listing the order of draft picks by team (sometimes called the “trade grid”) and by round.

With each draft selection, the media has access to the player and at least two other members of the organization.  Typically after each pick, head coach Mike Munchak and a Titans scout or assistant coach are made available to answer questions in the Baptist Sports Park auditorium.  Ad­ditionally, the media is placed on a conference call with each of the team’s picks.

At the conclusion of each day of the draft, general manager Mike Re­infeldt is available to reporters.  The team also typically brings its top one or two selections to team headquarters to meet with reporters during draft weekend.

Under normal circumstances, the team’s entire draft class is brought together for the first time at Baptist Sports Park, along with the prospects signed as undrafted free agents, a week after the draft.  NFL rules allow for a three-day rookie minicamp, during which time the players go through orientation, positional meetings, practice and media interviews.  After their initial minicamp, the rookies are not allowed to take part in team activities until mid-May or later based on the final exam schedule at their respective universities.  This year, however, rookie minicamps will not be permitted until there is a new collective bargaining agreement in place between the NFL and its players.

The Titans are represented by Frank Fitzgerald Sr., who has enjoyed a decades-long association with the NFL and has had a relationship with the Titans franchise since the early 1990s.  Also present are his son, Frank Fitzgerald Jr., and Harry Pritts.  Frank Sr. and his wife, Adelaide, reside in Larchmont, NY.

This will be the fifth draft for the Titans under GM Mike Reinfeldt.

Mike Reinfeldt is entering his 32nd season in the NFL, his fifth as executive vice president/general manager and 13th overall season with the Oilers/Titans franchise. Origi­nally an All-Pro safety with the Oilers from 1976-83, he re-joined the franchise in 2007 after spending seven years with the Seattle Seahawks.

Reinfeldt has directed four previous offseasons in his current role, supplementing the roster with talented young contributors and experienced veterans through both the draft and free agency.

Reinfeldt’s draft classes include two first-round picks that already have been selected to the Pro Bowl: safety Michael Griffin (2007 first-rounder) and running back Chris Johnson (2008). Griffin’s career interception total (15 through 2010) already puts him in the franchise’s career top 20 list, while Johnson leads the NFL in rushing yards (4,598 through 2010) since his arrival.

In 2009, Reinfeldt and the Titans selected Rut­gers wide receiver Kenny Britt in the first round.  Britt led the team in receiving yards in each of his first two campaigns, and his 17.6-yard receiving average dur­ing those two years ranked sixth in the NFL.

The Titans’ first-round pick in 2010, defensive end Derrick Morgan, showed promise before suffer­ing a season-ending ACL injury four games into his rookie season.  The 2010 crop did produce a Pro Bowl performer, however, as seventh-rounder Marc Mari­ani made the AFC squad as a returner in his rookie season.

In Seattle, Reinfeldt last held the title of Vice Presi­dent of Football Administration and was responsible for player contract negotiations, salary cap management, player evaluations and numerous aspects of the day-to-day football operations.

In eight seasons with the Packers, he served a num­ber of roles, including Chief Financial Officer for three years (1991-93) and VP of Administration from 1994-98.

Before joining the Packers in 1991, Reinfeldt spent three years (1988-90) at the University of Southern Cali­fornia as the associate athletic director and spent another three years (1985-88) with the L.A. Raiders as CFO.

A former safety for the Oilers franchise from 1976-83, Reinfeldt earned Pro Bowl and All-Pro honors in 1979. He ranks seventh on the club’s career interception list with 26 and matched the team record for interceptions in a season with 12 in 1979. An undrafted free agent out of the Univer­sity of Wisconsin-Milwaukee, he originally signed with the Oakland Raiders and played in two games before being released and signed by the Oilers.

The 2010 Titans draft class accumulated 63 games played and 14 games started.  Verner, a fourth-round draft choice, accounted for 12 of the starts, while Williams and Smith each had one.

Mariani was the lone member of the group — and one of only four rookies in the NFL (Maurkice Pouncey, Devin McCourty, Ndamukong Suh) — to earn a Pro Bowl berth.

Derrick Morgan, who was the Titans’ first-round selection (16th over­all), played in only four games.  He suffered a torn ACL on October 3rd against Denver and was subsequently placed on injured reserve. 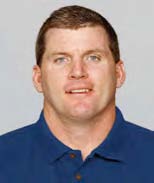 On February 7th, 2011, the Tennessee Titans hired Mike Munchak to become the 16th head coach in franchise history and the first who was a former player for the team.

“This is a special day for this franchise as one of our former players takes over the team as the head coach,” said Titans Owner K.S. “Bud” Ad­ams, Jr.  “Mike has been successful at everything he has been associated with at our franchise, and I have no reason to believe that he won’t be success­ful as our head coach. He earned Hall of Fame distinction as a player, and yearly he has been one of the best offensive line coaches in the NFL. He understands where we have been and knows where we need to go.”

After a 12-year playing career as a guard for the Houston Oilers, Munchak spent three seasons as an offensive assistant/quality control coach. He became the offensive line coach in 1997 and held that position for 14 years. Four of his players have totaled 10 Pro Bowl invitations, and his offensive lines have paved the way for five different running backs to total 11 1,000-yard rushing seasons.

In 2001, Munchak became the fifth franchise player to be inducted into the Pro Football Hall of Fame. He earned nine Pro Bowl invitations during his career and was bestowed the honor of having his Oilers No. 63 jersey retired in 1996.

“I have known Mike for 30 years and have always had the utmost ad­miration for him as a person, player and coach,” said Titans General Man­ager Mike Reinfeldt. “He is a smart football man who commands respect and accountability from everyone around him, and I am confident that he will be successful. There were many qualified candidates for this position, but Mike makes sense on so many different levels. He has seen this fran­chise from different angles as a player and a coach and has seen the team built and re-built in many different ways to achieve success. His franchise knowledge will be a great asset moving forward. This is a positive situation for us because he has a strong foundation built with us, but he has his own beliefs about how he wants his team to play.”

As a coach, Munchak is acknowledged as one of the finest teachers in the game. Only twice during his career has he had the benefit of start­ing the same starting five linemen from one year to the next, and yet the Titans offensive lines are perennially one of the best lines in the NFL. His offensive line allowed the second fewest sacks (28.3 sacks per season) in the NFL since he assumed control of the group in 1997. Additionally, the Ti­tans ranked seventh in the league in rushing yards (124.5 yards per game) during his tenure. He has seen Bruce Matthews, Brad Hopkins, Michael Roos and Kevin Mawae earn Pro Bowl invitations from his group in addi­tion to providing protection for Pro Bowlers Eddie George, Steve McNair, Vince Young, Kerry Collins and Chris Johnson. His group aided McNair to NFL co-MVP (2003) and Johnson to Offensive Player of the Year (2009) honors.

As a player, Munchak started 156 regular season games (seventh in franchise history) and 10 playoff games for the Oilers between 1982 and 1993. Respected for his play, he was selected to the NFL’s “All Decade” team for the 1980’s. Chronic knee problems led him to retire while still at the top of his game. In his final year, he earned All-Pro and Pro Bowl honors. A versatile player, he started his career in a run-first offense with running back Earl Campbell and transitioned to a pass blocker in the run-n-shoot offense guided by quarterback Warren Moon. He retired on July 21st, 1994.

A native of Scranton, PA, Munchak was born on March 5th, 1960.  He went on to graduate from Penn State University with a degree in business administration in May 1982. The Houston Oilers made him the eighth over­all pick and the first offensive lineman selected in the 1982 NFL Draft.

Munchak is married to Marci, and the couple has two grown daughters – Alexandra and Julie.