Palmer, TN – An unexpected and emotional reunion occurred Monday in Grundy County, Tennessee, when 17 soldiers of the 101st Combat Aviation Brigade, 101st Airborne Division (Air Assault) escorted the remains of a Vietnam veteran back to his home town and family, after being missing in action for 45 years.

The veteran was Spc. Marvin Foster Philips of Palmer, Tennessee. He joined the Army at the age of eighteen and was assigned to the 114th Assault Helicopter Company, 101st Airborne Division, were he was a UH-1B Huey helicopter crew chief.

On September 26th, 1966, he departed on a combat assault mission in the Delta region of South Vietnam over Vinh Binh province and was never seen again.

The family’s greatest fear was that he was still alive and being held as an enemy prisoner of war, said a spokesperson of the Philips family. Needles to say, they were overwhelmed with many emotions when his remains were located in the region his aircraft went down, positively identified and returned home.

“The soldiers who participated in honoring Spc. Marvin Philips were impassioned to honor him and his family,” said Staff Sgt. Eduardo Duran, an AH-64 Apache helicopter maintenance section sergeant, B Company, 96th Aviation Support Battalion, 101st Combat Aviation Brigade. “All they had was one thought in mind, and that was honor.” 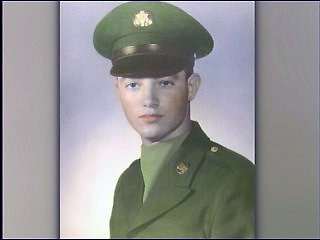 “I was so impressed by the guys that came down from Fort Campbell to render the funeral honors for Spc. Marvin Foster Phillips. They were busting with pride to be here and their unending determination to do the perfect job was very obvious,” said Dale Layne, director of Layne Funeral Home in Palmer, TN. “I am so thankful to God that these are the kind of people that are protecting me, my family and country, because they do care,”

“Everything went unexpectedly great, considering all the improvisation we had to do,” said Duran. “Movements got changed because of the mass participation of the town. There were so many more people there to receive Spc. Philips than we had expected that we were drastically restricted for space and freedom of movement for drill and ceremony.” 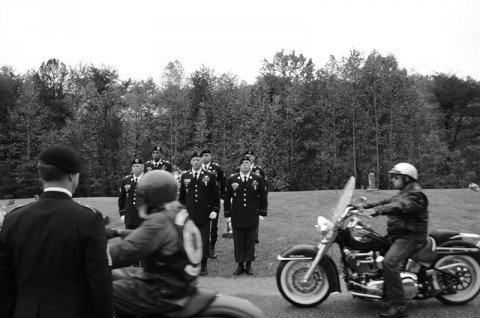 Vietnam veterans, motorcycle riders, friends, family and comrades of Philips traveled from all over the country to attend his memorial ceremony and funeral, including approximately 50 Soldiers of the 101st Combat Aviation Brigade, 101st Airborne Division (Air Assault) of Fort Campbell, KY.

The town of Palmer, TN had never seen so many people at one time before, said Duran.

“I was completely overwhelmed emotionally. The community there was grateful and loving,” said Duran. “They accepted us and took us in with open arms.”

“This experience rekindled the passion I had for being a Soldier and reminded me what patriotism was about,” he said. “Being received home, and seeing your homecoming is what every soldier dreams about. Spc. Philips was unable to see his own homecoming, but we were honored and proud to have brought him home to his family.” 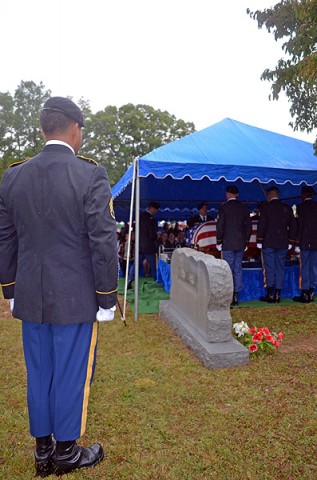 The Army and every leader down to the lowest ranking Soldier is dedicated to bringing everyone home. No soldier is ever forgotten, and that was the message delivered to Philips family on Monday.

“I’m here to represent all the men and women who to this day continue to follow in his [Philips] footsteps and volunteer for service in the United States Army,” said Maj. Charles Palmer, US Army Nashville recruiting Battalion, during Philips memorial ceremony at Grundy County High School. “I will always place the mission first, I will never accept defeat, I will never quite, I will never leave a fallen comrade. Spc. Marvin F. Philips, gone but never forgotten. May he finally rest in peace.”

Philips displayed a true example of the Army’s warrior ethos, in life and death.

He was buried next to his parents in Grundy County, TN, in American soil.

Duran was overwhelmed with sadness and happiness, he said.

No soldier wants to lose a brother in arms, whether it is in the past, present or future. The Army lives and fights as a team, and every soldier will forever be united.

“It’s a terrible tragedy losing one of our own,” said Duran. “But it was a joyous occasion for us to bring him home.”

After the memorial ceremony at Grundy County High School, Philips was escorted to the cemetery where he would finally be laid to rest. He was honored with a 21-gun salute and the firing of a canon while he was surrounded by the people and community that loved him.

“I was proud to be a part of this hero’s 45 year journey home,” said Duran. “I am honored to welcome him back home, while reminding POWs, MIAs and their families everywhere we will never forget nor leave anyone behind.”