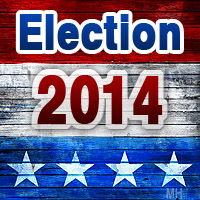 Jones says it is NOT a mayoral campaign, but she hasn’t “ruled anything out.”

In a press release sent to Clarksville Online, Jones stated:

“When I started campaigning in April of 2010 for the office of City Councilman my campaign materials stated “ I made the decision to run for City Council because I thought it is time that the Citizens of Clarksville and Ward 11 had a representative on city council that:

My goal was then and is now to be the best Citizen Public Servant I can be as a City Councilwoman in Clarksville, Tennessee.

Over the last few weeks I have been honored and humbled by the number of Citizens that have asked me to seek the Office of Mayor of Clarksville, Tennessee.  At this point I will leave that possibility open and will continue to discuss this with some very trusted citizens that will be involved in an exploratory committee I have formed.  However at this point I feel there is something far more important than whether I am going to run for re-election as City Councilman for Ward 11 or seek the Office of Mayor of Clarksville, Tennessee.  With that said I would like to introduce my “We the People Clarksville, Tennessee Campaign.”

“WE THE PEOPLE CLARKSVILLE, TENNESSEE CAMPAIGN”

City Councilwoman Kaye Jones announced today a one year long campaign to take our City Government back to the People of Clarksville.

As we look back in history on November 19th, 1863 during the Gettysburg Address, President Abraham Lincoln talked about “government of the people, by the people and for the people shall not perish from this earth”.

In a recent City Council Meeting, we had a zoning issue on the agenda that a number of citizens had emailed and/or called the council and the Mayor expressing their opposition to the ordinance. Many of these Citizens were concerned enough about this zoning ordinance that showed up for the City Council Meeting. One of the City Councilmen went on record during a recorded Council Meeting saying he did not vote according to mob rule. Making reference to the citizens of Clarksville, who had an opinion that was different from his constituted a mob.

First of all, I resent him making reference to citizens and voters of Clarksville as a mob.

Second of all, because they had an opinion, expressed their opinions in email and phone calls to the Council and Mayor and showed up at the City Council Meeting in an orderly manner to show their opposition to the ordinance, does not make them a mob.

Over the last two years I have talked to many citizens of Clarksville who tell me that many of the members of city council and the Mayor will not seek and or listen to their opinions, suggestions and concerns on matters that come before our city government.

As we look at committee assignments and task force assignments within our City Government you see the same people and same names on these committees and task forces. Not to say they are not capable of doing a good job, but I see Clarksville as city made up of over 140,000 citizens and not just a few select people. I know there are citizens who are willing, capable and able to serve our city in so many different ways, but they know they will not be asked because they are not a person of power, money and/or influence in our city.

Not only do I want to identify the citizens in our city that are willing to serve, I also want to hear the needs, opinions and suggestions from the Citizens of Clarksville. I want to form some committees to organize our citizens to help empower the people again.

This will be a one year long campaign of going door to door talking with citizens throughout our city, meeting with civic groups, churches, professional groups and businesses to determine how the City of Clarksville can best serve ALL of our citizens.

During a number of the issues that came before City Council over the last two years, city council has disappointed me by voting against the citizens of our city. So many times in the last two years, I have heard citizens say, “I am a no body in the city and our city government will not listen to me or stand up for me”.

I want this campaign to be about empowering the people of Clarksville, Tennessee to stand up and together strengthen our city. Clarksville should be an example for all other cities that all citizens of Clarksville regardless of who they are, what area of town they live in, race, national origin, financial status or who they know have an equal voice with their City Government.

It was once said that “Bad Politicians are elected because Good People failed to vote”. I’m not asking you to vote right now, what I am asking is that you join me in taking the Clarksville City Government back to the People. Let’s prove to Tennessee and the Nation that we don’t need professional politicians that are backed by big money, and out of town PAC money. What we need is public servants running our city and truly working for the people that elected them.

Over the next year I look forward to meeting with you and working with you to make Clarksville, Tennessee truly a city of the people, by the people and for the people.

As I move forward in this campaign, I will be seeking the involvement of groups and people who will meet with me and share their vision of where Clarksville should be going and how best to get there. If you would like to be a part of this grass roots effort, please contact me and share your vision and abilities to bring them to fruition.

Please contact me if you are interested in becoming part of this grass roots effort to return our city government to a government of the people and for the people.