Chicago, IL – McDonald’s has announced its list of high school seniors who have been nominated for the 2014 McDonald’s All American Games, taking place on April 2nd at Chicago’s United Center.

The final team of 24 boys and 24 girls who will be selected to play in the 2014 Games will be announced during the McDonald’s All American Games Selection Show on ESPNU on January 29th at 5:00pm CT.

Nearly 1,000 players from 44 states and the District of Columbia were nominated for the 2014 McDonald’s All American Games. Ohio boasts the highest number of nominees this year (121), followed by Texas (97), Iowa (72), New York (63) and New Jersey (56). Players were nominated by high school coaches, athletic directors, principals and members of the McDonald’s All American Games Selection Committee. The complete list of nominees is available at www.mcdaag.com.

“This year’s list of McDonald’s All American Games Nominees represents the finest prep talent across the country, and we are thrilled to present nearly 1,000 players with this once in a lifetime honor.” said Morgan Wootten, McDonald’s All American Games Selection Committee Chairman. “Today we celebrate this list of nominees, from which the final teams of 24 girls and 24 boys will emerge.”

Tickets for the 2014 McDonald’s All American Games will be available beginning January 11th at 10:00am CT. Tickets can be purchased through Ticketmaster or charge-by-phone at 1.866.909.GAME (4263). Ticket prices start as low as $10.00, and are also available in a popular family four-pack which includes four tickets, four soft drinks and four hot dogs – all for $53.00. Parking is free the night of the Games.

Net proceeds from the Games will again benefit Ronald McDonald House Charities (RMHC). The Games have raised more than $10 million for RMHC since 1978.

The 37th Annual Boys Game will tip-off on Wednesday, April 2nd at 8:30pm CT from Chicago’s United Center. Immediately preceding the Boys Game will be the 13th Annual Girls Game, which tips-off at 6:00pm CT.

Get in the Game by following the McDonald’s All American Games Twitter handle, @McDAAG, to receive up-to-date information and a behind-the-scenes look at the 2014 Games including; key announcements, local player/coach recognitions, fan giveaways and historical Games facts and figures.

McDonald’s USA, LLC, serves a variety of menu options made with quality ingredients to more than 26 million customers every day. Approximately 90 percent of McDonald’s 14,000 U.S. restaurants are owned and operated by independent businessmen and women. 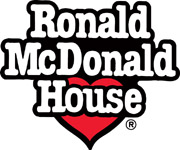 Ronald McDonald House Charities (RMHC), an independent non-profit 501 (c) (3) corporation, creates, finds and supports programs that directly improve the health and well-being of children. Through its global network of local Chapters in 58 countries and regions, its three core programs, the Ronald McDonald House®, Ronald McDonald Family Room® and Ronald McDonald Care Mobile®, and millions of dollars in grants to support children’s programs worldwide, RMHC provides stability and resources to families so they can get and keep their children healthy and happy.

All RMHC-operated and supported programs provide access to quality health care and give children and families the time they need together to heal faster and cope better. For more information, visit www.rmhc.org, follow RMHC on Twitter (@RMHC), or like RMHC on Facebook (Facebook.com/RMHC Global).