HomeNewsYou should never Judge a Person by Appearances Only
News

You should never Judge a Person by Appearances Only 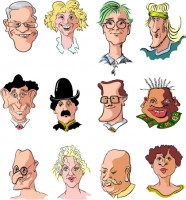 Clarksville, TN – Our culture has become fixated on what a person appears to be. Hundreds of books have been written on the subject; numerous television shows now describe this; scores of people now make their living by telling people what to wear. We believe that youth is the crowning age of life and everyone must work daily to present a youthful, attractive appearance.

Both women and men are advised on how to succeed in their professions by wearing certain types of clothing, using the latest age-defying make-up, choosing the right hair style, buying that certain briefcase that shows you to be executive material, and having every blemish—from body language to teeth—corrected to fit the ideal presentation.

Over the years I’ve learned of some rather interesting misconceptions formed by judging people on their appearances.

Many years ago when I first began to teach in public school in Florida, I took a summer class in psychology at the University of Florida. The class was made up of about 20 young women, a couple of middle aged men, and one very handsome younger man.

This tall, dark, handsome man could have walked onto any movie set in Hollywood and would have immediately been cast in a romantic lead. During the first class no one knew anyone else and no names were given.

When the second class began, we were told to sit in a circle so that discussions could take place easier. The psychology professor then asked each of us to tell the class our names and what our professional interests were.

You could feel the anticipation of every female (except me, of course, because I was newly married at the time and was definitely immune to the charms of this amazing stranger!); one by one people began to tell about themselves until it was the Mystery Man’s turn.

With a gracious smile and an unassuming manner, he announced, “I’m Tony Fromhart and I’m a Jesuit priest.”

The groans from the female section were audible.

Many years later I lived in Charlottesville, Virginia, and was involved in writing a biography of a former German aristocrat named Edward Carl Wolfram von Selzam. He had had an extremely interesting life. He was captured by the Russians during World War I and was sent to a prison camp in Siberia.

While there, he acquired a pet bear that he had to give up when he was able to escape. Between the World Wars, he was assigned to the diplomatic service in Washington, D.C., where he fell in love with and later married an American socialite. They had two children, a girl and a boy, both of whom were reared for many years by a German nanny they called “Fraulein.”

The couple had to leave their children with Fraulein in Switzerland when Hitler came into power and “Eddy,” as he was called by all his friends, was called back to Germany because he was suspected of being involved in the German Resistance. He narrowly escaped being sent to the Russian Front but lost all his diplomatic ranking and privileges.

After the War, Eddy and Anita were finally reunited with Fraulein and the children and were able to move to the United States. Eddy became an insurance executive and later retired to Charlottesville after Anita’s death. Because the children were grown and married by this time, Fraulein also moved with Eddy to serve as his housekeeper and cook.

When I knew Eddy, he was in his early eighties, still played tennis almost daily, and went to every party held in upper society where he had a reputation as an excellent dancer.

Eddy held “Sunday Afternoons” at his home in Charlottesville. These consisted of light refreshments, an ample bar, and sparkling conversation with friends who dropped by between 2:00pm and 5:00pm. I was always invited to these parties because I was taking notes for a book I hoped to write about Eddy. Other visitors included many beautiful young women, quite a few college professors, famous writers like Peter Taylor, wealthy business people, and anyone else Eddy happened to like. 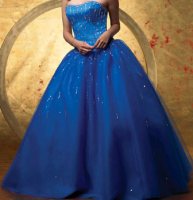 One Sunday afternoon near the end of the party, a lovely Belgian enchantress made a grand appearance wearing a floor-length blue gown. With her more French than Belgian accent, she greeted everyone with her usual cheek-kissing greeting and proudly showed off her new escort. He was about six feet tall, with dark brown hair, startling blue eyes, and the stance of a military man. Impeccably dressed in a black Brooks Brothers suit, he looked as if he had walked off the cover of a magazine.

That afternoon most of the other people in the room happened to be in their mid seventies or early eighties. Eyebrows were lifted as people wondered who this stranger was and how they had not formerly met him in societal circles.

A silence occurred in the conversation as Eddy said, “And who are you, sir?”

The young man replied in the rounded tones of a polished speaker, “My name is Charles Colbert and I’m a funeral director.”

Dead silence ensued as a near audible gasp from the older set electrified the room.

I am sorry to report that Eddy never forgave the young woman for allowing someone in Charlie’s profession to enter his drawing room. Death was not a subject for polite conversation or anything else as far as Eddy was concerned.

During a time of my life when I lived in Charlottesville, I worked for a couple of multimillionaires who were in their eighties. Ruth and Clay Peyton were not invalids but needed someone younger in the house in case of emergency. They had several servants who took care of their house and property, but it was my job to keep them company and to help them keep their minds on pleasant subjects. At the time, I was about the age of their two daughters, both of whom had busy lives and visited infrequently.

When Mr. Peyton was a young man, he owned the Packard dealership in Charlottesville. His first cousin, Bradley Peyton, owned the Cadillac dealership just across town. They were, of course, business rivals but were nevertheless friends.

One very snowy day a heavy-set rough-looking woman in men’s clothing and boots arrived in the Packard showroom. Her giant-sized mentally challenged son accompanied her. Mr. Peyton, having had few customers that day, went out to meet her personally.

The woman turned out to be someone who lived on a nearby mountain where she and her son ran some type of farming operation, perhaps raising apples and other fruit. She had a brusque voice, Mr. Peyton said, and was adamant about what she wanted.

She asked to see his best car and when shown it, said she would take it that day. She went into the ladies’ room where it is assumed she dug down into some portion of her clothing, and returned with cash for the entire amount of the price of the Packard.

As the transaction was completed, she told Mr. Peyton that she had just come from the Cadillac showroom where she could get no one to wait on her.

Mr. Peyton was still laughing forty years later at how he had “put the shuck” on his cousin.

A word to the wise is sufficient: don’t bother to judge a book or a person by its covering!