After missing the postseason for just the second time since 2010 last season, the Lady Govs look to add some firepower to get them back into the Ohio Valley Conference Tournament this fall. 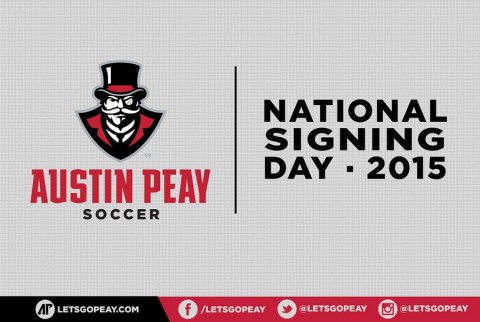 “We are excited to welcome this outstanding group of student-athletes to our program,” said head coach Kelley Guth. “We have worked extremely hard to bring in a group of players who we think can make an immediate impact. Each of these players offer their own unique qualities and will play a vital role for our squad as we continue to make strides competitively in the OVC.

“The addition of these nine players brings a wealth of talent and will make this the deepest squad we have ever had on this campus. We believe this will be a key factor as we compete for the OVC championship next season. Each player offers their own unique qualities and this group combined with our returning players will be extremely competitive and I am excited for August to arrive so we can welcome them to campus and begin our season.”

One of the headliners of this year’s class is McKenzie Dixon from Bentonville, Arkansas. A 5-7 forward, Dixon was Gatorade State Player of the Year and NSCAA All-American for Bentonville High in 2014. With a spring senior campaign remaining, Dixon already has 71 goals and 36 assists in her career, to go along with three state titles and a trio of all-State and all-Conference honors. She’s also a two-time state triple jump champion in track and field.

As is often the case, the Canadian-born Guth sought out talent north of the border, bringing in a pair of Canadians from Caledon, Ontario in Amber Bateman and Jennifer Smith. The pair played either club (Bolton Wanderers) or high school (Mayfield Secondary School) soccer together for 11 years, with Bateman serving as defender and captain and Smith as the high-scoring forward. Together, they led Mayfield to the ROPSSAA semifinals in 2012.

Not too far south of the U.S.-Canada border, the APSU coaching staff found Isabel Holmes from Seattle, WA. A center-midfielder, Holmes was part of a squad that led Bishop Blanchet High School to the state tournament for the first time in 15 seasons and was a two-time all-metro player in her prep career. Holmes also was part of the Puget Sound Premier League’s Academy that was picked to play the USA 99 girls squad at Nike headquarters.

A pair of junior college teammates are choosing to continue their careers together at Austin Peay. Brooke Nigrin and Nicole Wojcik led Harford Community College in Maryland, MD to the second round of the 2014 NJCAA Division I National Championship. Wojcik was the second-leading scorer on the squad with 19 goals and 11 assists, while Nigrin added two goals and a conference-high 14 helpers. The pair brought home plenty of postseason hardware, with Wojcik earning NJCAA All-American honors and both players being named all-region and All-Maryland Junior College.

The next addition is Katie Costantino from Algonquin, Illinois. A midfielder, Costantino hails from Huntley High School, where she’s scored six goals and assisted on 16 others through her first three seasons, twice leading her squad to regional titles. Playing club soccer for the Heat United, Costantino has been team captain for Kevin Talbot’s squad since 2009.

Austin Peay stayed in the mid-state area for its final two signees, picking up Emilee Howard from Nashville and Ann Peyton Diffenbaugh from Brentwood. Diffenbaugh scored nine goals as a senior for Brentwood High School and has played in the last five Division I State Club Soccer Championships, winning titles in 2011, 2012 and 2014 with Tennessee Soccer Club. Howard was an all-district midfielder for Harpeth High School in 2014, and played club for Harpeth FC, which merged with Nashville FC upon its formation.