The Govs posted a 2-1 record during their homestand which spanned just four days from the season’s start to Monday’s win against Trevecca.

Austin Peay began the season with a close loss to a California squad that enters this week ranked nationally. The Govs then picked off a pair of Division II foes in wire-to-wire victories.

The Miami contest begins a three-game, five-day excursion that will see it face Wright State, Saturday, and Ball State, Monday, before returning to Clarksville Tennessee for a brief interlude in its overall five-game road trip. 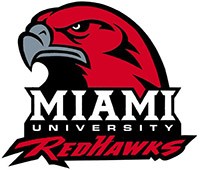 Miami, which was picked to finish fourth in the Mid-American Conference’s East Division, is a young squad boasting five sophomores and five freshman among its 14 -woman roster.

Sophomore Baleigh Reid, a All-MAC Freshman selection last year, has roared out of the gates with 23 points per game in two outings, including 28 in Monday’s double-overtime victory against Evansville. Freshman guard Leah Purvis has 32 points to begin the year while sophomore guard Ana Richter leads the team in rebounding (7.0 per game) while averaging 13.5 points per game.

The RedHawks contest against APSU is their first of three straight against Ohio Valley Conference teams, with Eastern Kentucky and Morehead State visiting Oxford next week. Miami also will travel to UT Martin in December.

Be its third-straight win, its first three-game win streak since the 2013-14 season (42 games ago). Be its first-ever victory against Miami. Be its second straight win in a road contest, dating back to last season. End a 10-game losing streak in nonconference road games (last win November 12th, 2013 at Southern Illinois). Make Midlick 3-1 in his first season at Austin Peay and 48-17 in his third season as a head coach overall. Make the Govs 454-651 overall since 1976-77.