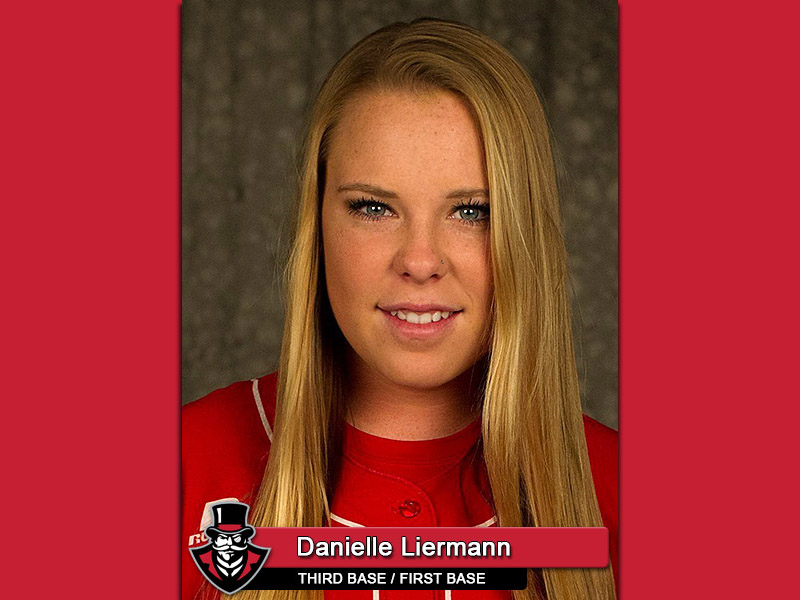 Clarksville, TN – Austin Peay State University’s Danielle Liermann has put together one of the best freshman campaigns in school history for the Governors softball program and with the 2016 season coming to an end this week has made a strong case for being considered for several Ohio Valley Conference honors.

With three games left on this year’s schedule, Liermann – a 5-7, third baseman from Simi Valley, CA – is hitting .369, with nine doubles, a triple and six home runs. 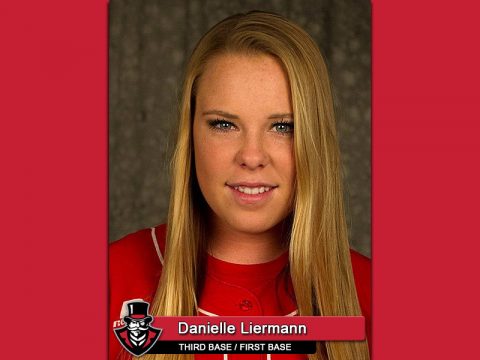 She has also collected 34 RBIs, scored 18 runs, while having a .564 slugging percentage and an on-base percentage of .394.

Just how good are those numbers?

As far as APSU’s team goes, she leads the team in batting average, home runs and RBIs – with the RBI total and her 55 hits so far this season shattering the old school record for freshmen, while her batting average tied for the best in school history.

In the OVC, her batting average and total hits are third best — by any player — in the conference, while her RBI total is fifth most and her slugging percentage is 10th best.

Those numbers only get better when you compare them to the other top freshmen players in the conference.

Against other freshmen in the OVC, Liermann leads in batting average – with only one other player in the conference within 30 points of her .369 average – hits (nine more than the next highest), total bases, slugging percentage, while tying for the lead in doubles.

She is also second among freshmen in RBIs, fourth in home runs and on-base percentage and ninth in runs scored.

All of those numbers should be more than enough to put her into consideration for First- or Second-Team All-OVC honors, as well as a spot on the All-OVC Newcomers Team and one of the favorites for OVC Freshman of the Year.

Lori McCoy was Austin Peay’s only other softball player to be named OVC Freshman of the Year, coming back in the 2003 season.

While all of those numbers are among the best in the OVC this year, Liermann isn’t a lock for Freshman of the Year, with the Govs being near the bottom of the standings in the OVC and coaches and Sports Information Directors – they are the ones who votes for the awards – often overlook players whose teams haven’t finished well in the standings during the regular season.

Among other freshmen that have posted outstanding first seasons in the OVC are:

Nominations are due to the OVC Office on May 3rd with the voting deadline coming on May 9th. The award presentations and announcements will be made at the OVC banquet in conjunction with the OVC Softball Championship Tournament.