Nashville, TN – The Tennessee Department of Economic and Community Development has announced that 12 Tennessee communities have been selected to participate in the fifth round of the Tennessee Downtowns program.

“Tennesseans are passionate about their communities and because of the overwhelming support from our General Assembly through the Rural Economic Opportunity Act, we are able to provide funding to twice as many communities this round,” TNECD Commissioner Randy Boyd said. “We applaud these communities for making efforts to revitalize their downtown commercial districts, helping Team Tennessee see that its communities reach full economic potential.”

Thirty-four communities have participated in the Tennessee Downtowns program since its inception in 2010. Each of the 12 communities selected this round has downtown commercial districts established at least 50 years ago and have demonstrated their readiness to organize efforts for downtown revitalization. 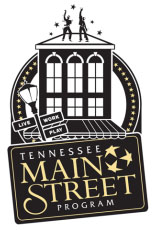 “Flourishing downtowns provide a sense of pride for our communities, spur tourism, promote entrepreneurship and create jobs,” TNECD Assistant Commissioner of Rural Development Amy New said. “We’ve seen communities turn their $15,000 grants into hundreds of thousands of dollars’ worth of leveraged investment from both the public and private sector. With strong local leadership, the Tennessee Downtowns program can create vibrant and sustainable economies in the heart of rural Tennessee – our downtowns.”

Tennessee Downtowns is an affiliated program of Tennessee Main Street and is a community improvement program for towns and cities seeking to revitalize traditional commercial districts.

The communities chosen to participate work through volunteer committees of local citizens who participate in a two-year program supported by the National Main Street Center. They also receive a $15,000 grant to complete a downtown improvement project upon completion of the training based on the successful Main Street Four-Point Approach.

Each application was supported by the community’s senator and representatives in the Tennessee General Assembly.

About the Tennessee Department of Economic and Community Development

The Tennessee Department of Economic and Community Development’s mission is to develop strategies which help make Tennessee the No. 1 location in the Southeast for high quality jobs. To grow and strengthen Team Tennessee, the department seeks to attract new corporate investment in Tennessee and works with Tennessee companies to facilitate expansion and economic growth.

Tennessee is the only three-time winner of “State of the Year” for economic development by Business Facilities magazine.