Head coach Kelley Guth enters her 15th season at the helm, and approaches the weekend one win shy of her 100th career win – all at APSU.

When it occurs, Guth will join Southeast Missouri’s Heather Nelson as the only two active coaches to ever total 100 or more wins while at one OVC school.

Austin Peay received its first taste of live action last Sunday in an exhibition match at Georgia State, which ended in a 1-1 draw.

Sophomore McKenzie Dixon found the back of the net in the 39th minute off an assist from redshirt freshman Pamela Penaloza. Eighteen players saw time on the pitch as the Govs readied themselves from a fitness standpoint.

In addition to 2015 All-OVC first teamer Dixon returning to the lineup, the Governors also welcome back a veteran-laden group. Of the 23 names on the roster, only four players are newcomers to the program, with many experienced players compiling the majority of the squad.

However, the Blazers only finished with a 2-14-1 record, including being held to no goals in seven matches. UAB returns seven starters, but are without their top goal scorers from last year. Seven newcomers make up the roster, compiled by Harold Warren in his sixth season.

Alabama State hit a bump in the road midway through its 2015 season, but rebounded to go 9-11-1 and fall one win shy of winning the Southwestern Athletic Conference. The Lewis sisters – Aaliyah and Ariela – return to lead the Hornets attack. The duo combined to total 23 goals and 16 assists a year ago.

UAB: Last season, the Govs and Blazers met in the regular season opener, August 21st, at Morgan Brothers Soccer Field. In the 13th minute, Shelby Olszewski and Nicole Wojcik bagged one goal each in a two minute span to go up 2-0. However, UAB answered with a pair of scores, and the game eventually went to double overtime level at 3-3. In the 104th minute, UAB’s Kasey Johnson scored the game-winner.

Alabama State: APSU hosted Alabama State last season, September 20th, which resulted in an offensive showcase by the Govs. The home side racked up 10 goals, the third-highest single-game total in program history, leading to a 10-2 victory. 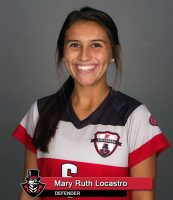 Defensive chemistry. Austin Peay’s back line contingent of center backs Mary Ruth Locastro and Natalie Smith, and outside backs Caroline Wistrom and Morgan Jackson, return for their second season playing alongside each another.

On the run. APSU’s attacking play is sure to be a strength in 2016, with its top three goal scorers returning. The Govs also expect to have plenty of depth in that department, with juniors Kirstin Robertson and Sophia Fabbro, and sophomore Jennifer Smith, recurring up front.

Goalkeeping. Junior Lindsey Todd will lead the Govs as the starting keeper, coming off a 62-save season. Freshman Mary Parker Powell, who played the second half in Sunday’s exhibition, also brings an impressive background to the table, and could see time in goal as well.

Be sure to follow all the Austin Peay soccer action at www.LetsGoPeay.com and the official Facebook page of Austin Peay Athletics.

In addition, live play-by-play coverage can be found on Twitter (@AustinPeaySocr).