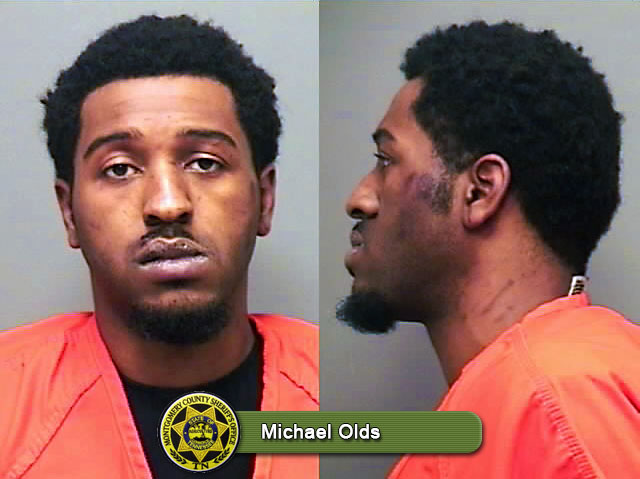 Montgomery County, TN – On the morning of January 24th, 2017, Sergeant James Derico observed a vehicle on Rossview Road traveling twenty miles per hour over the speed limit. Derico initiated a traffic stop in the 2900 block of International Boulevard.

Sgt. Derico learned that the driver, Michael Anthony Olds, 25, had felony warrants on file for aggravated burglary and possession of a firearm during a felony. Those charges stemmed from a home invasion in Clarksville last year. 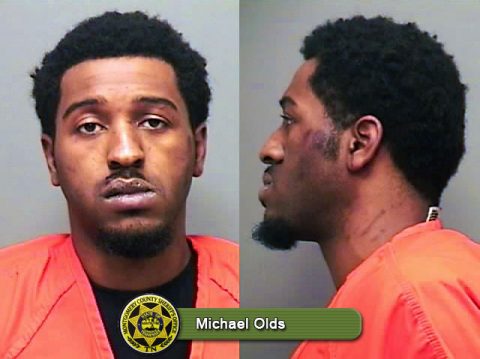 Corporal Shanna Grice was also on the scene to assist Derico in taking Olds into custody.

Olds exited the vehicle and as the deputies attempted to arrest him, ran on foot across International Boulevard into a grassy field.

During the foot pursuit, Olds returned to his vehicle and attempted to drive off. Derico was able to turn off the vehicle and again attempted to take Olds into custody. At which point Olds started to physically assault both Derico and Grice.

Derico and Grice did sustain injuries as a result of the incident. With the assistance of additional units from the Sheriff’s Office and Clarksville Police Department, Olds was taken into custody.

“This incident highlights the dangers that Law Enforcement Officers face during the performance of their duties,” Montgomery County Sheriff John Fuson said. “It is upsetting that our deputies got injured trying to perform their duty but we are glad that the end result was Olds going where he belongs”.

“I want to thank the Clarksville Police Department for their assistance in making that happen,” Fuson added.

In addition to his original charges of aggravated burglary and two counts of possession of a firearm during a felony, Olds has been charged with two counts of assault on an officer, resisting arrest, evading arrest, felony evading arrest in a vehicle, reckless endangerment and speeding. His bond is $170,250.