HomeCommentaryDodging the Roadkill: Why I Think Harley Davidson Needs To Turn It...
Commentary

Dodging the Roadkill: Why I Think Harley Davidson Needs To Turn It Around

Clarksville, TN – Alright, let’s keep a few things in mind here.  First, I am NOT a motorcycle expert.  As I have well documented here, I’m into my third year of being a biker, riding my Harley Davidson Ultra Limited all over the country.  To date, over 73,000 miles.

My history with the motorcycle does not go back as far as some of you.  I wish it had, but it doesn’t.  I would LOVE to be called an OLD SCHOOL biker, but I’m not.

My history with Harley Davidson doesn’t date back to the sixties, or seventies or even the eighties.  I wish it did.  I’m a sponge for knowledge and would love to able to “rattle” off this knowledge when I get around other bikers, but I’m still trying to identify “panheads” and “steelheads” and such. 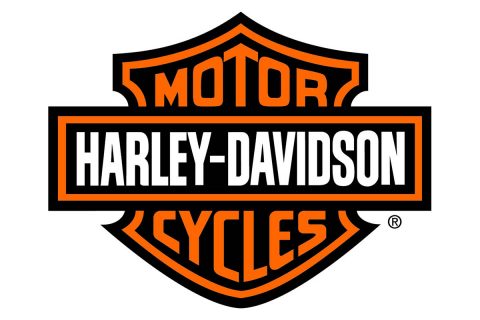 So keep this all in perspective. This blog is about one man’s journey and my experiences, including all of YOU and how you’ve helped me become a better biker.

What I DO know is I LOVE MY HARLEY!  When I decided to buy a motorcycle it was always going to be a Harley Davidson.  Why wouldn’t it be?

ITS A HARLEY FREAKIN DAVIDSON!!!

You bet my first bike would be a Harley.  A Harley Street Glide Special.  Beautiful bike.  Hated to trade it, but bought my new Ultra Limited and I couldn’t be happier.  So that’s my story.

I ride with a lot of bikers who don’t ride a Harley.  They love their bikes.  It’s their bike of choice and I respect that.  After all, it doesn’t matter what you ride, it only matters that you ride.

Now, it’s been a “down” time for the Harley Davidson Company.  Sales are off, projections are not stacking up and everybody has a theory.  I promise you, Harley Davidson Corporate has a theory and a plan to turn things around.  We all have opinions about why HD is in the shape it’s in.  Here are a few I’ve heard:

First, their products are too high.  I agree.  It’s not a cheap investment.  It holds good trade in value, but it ain’t cheap.

Second, younger bikers are preferring a sport bike, and something less expensive.   Apparently HD doesn’t sell what they want.  This younger generation doesn’t want a bigger bike, not to mention, a lot of “Millennials” are riding scooters.  The observation has been made that they may NEVER want to buy a Harley Motorcycle.  Who knows?

I ride with Honda Gold Wings, Triumphs, and an Indian or two.  They’re great bikes, but they’re not a Harley. I mean no disrespect, but HarIey Davidson IS motorcycles.  When the average “Joe” thinks bikers, he thinks Harley.  There are a lot of other choices out there and Harley Davidson has to compete with all of that.  They’ve had some mechanical issues that get WAY more attention than other companies, so people think their product is not as good as it should be.

COMPETITION!  It makes for a good market, and it’s the best thing for the consumer.  Harley will get their “ducks” in a row and figure it out.

So why do I think that HD needs to turn things around?  Well, financially, the company needs to find a way to bring the excitement of their product back into the showroom.  At a price that’s not overwhelming to the new rider.  They also need to find their “MOJO” again and come stomping into the room like the biggest badass at the party.

Sales have been off about 9% and they’re closing an assembly plant in Kansas City Missouri, to move that operation to York Pennsylvania.  Now, that’s a business decision to consolidate operations to save hard costs in making their product.

I ran a business, and before you shout, “it’s all about the money” you’re right, it’s ALL ABOUT THE MONEY.  You see, companies need to make money to pay their staff and develop new products.  It’s the American dream.  Build a company, make money, have success and move on.

If ever there was an American icon, it’s Harley Davidson.  If Harley Davidson were to go bankrupt, or eventually fold up operations, it would be a terrible blow to the sport.  Nobody, regardless of what you ride, wants to see that day.

Harley Davidson has been down this road before.  Some opinions even believe that they spend too much time and effort on the training school they have to get more riders into the sport.  Others believe that HD spent too much time developing other products and turned their attention away from the motorcycle.  Recalls and other mechanical issues prove that.

But sales are down this year and that’s not good.

The problem I see, is that a lot of the “Older Generation” is on a Harley and while we’re great customers and have been around a while, what you’re seeing is that the younger rider wants his or her own thing.  They want a different riding experience that what the “old man”had and HD had better figure out what that is.

So far so good.

My bikes have been superb.  I’ve kept them serviced and clean.  I’ve developed relationships with ownership, sales and service departments.  We’re like a family.  You take care of me, and I’ll be your customer.

Keep the faith.  Harley Davidson Motorcycles are great bikes and the company will figure out how to make the bottom line work.