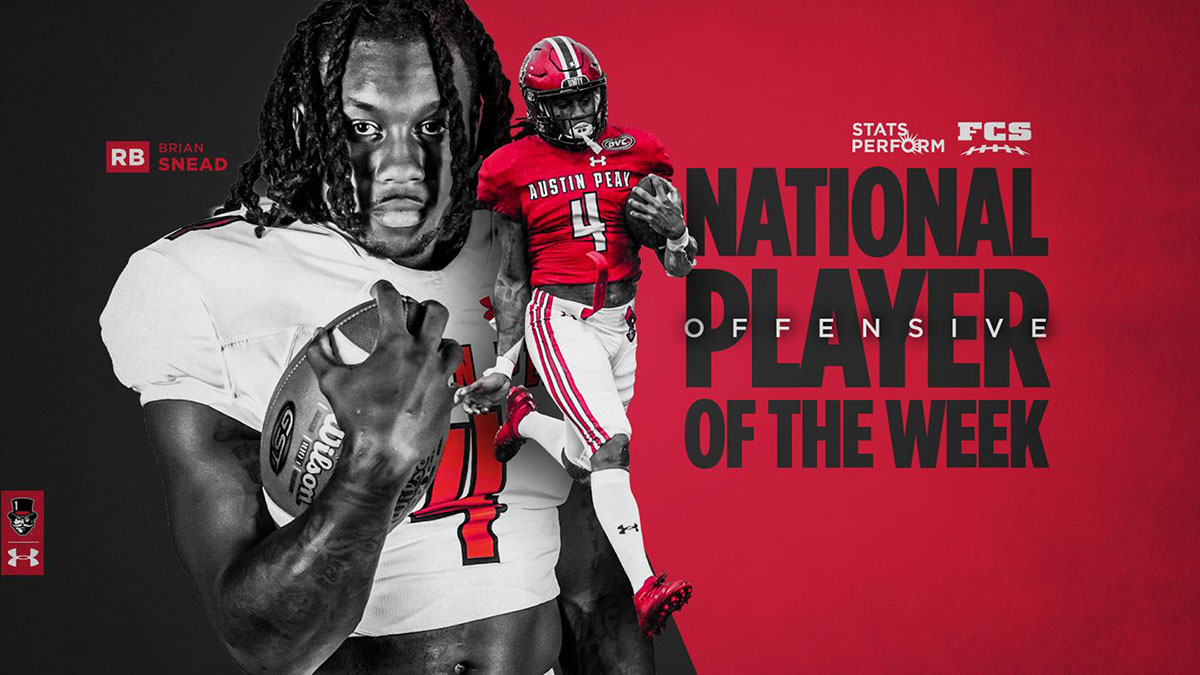 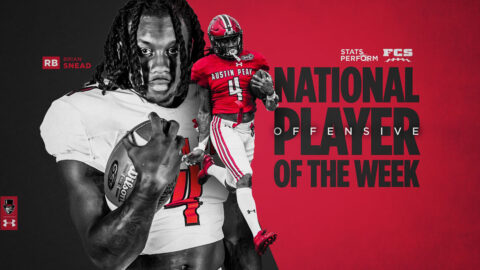 Snead’s first three touches in the Governors win against Tennessee State could not have gone better.

Second Touch? A 67-yard burst for a score.

Third touch? A paltry by comparison 44-yard run to the house.

His fourth touch wasn’t a touchdown but a 15-yard dash for a drive-opening first down.

Six carries, 204 yards. In the first quarter. That alone would have been the eighth-best rushing performance in a game in Austin Peay State University history. It also was the first time an FCS back rushed for 200-plus yards in a quarter in the subdivision’s history, breaking a record set in 1983.

When the day was finished, Snead finished with 227 rushing yards on 23 carries. It was the third-best rushing performance in APSU history and the first 225-yard-plus rushing day by a Governor since 2009.

Snead becomes the first Governors player to earn a STATS national weekly award since the 2017 season when Devin Stuart and Kyran Moore were the news organization’s National Special Teams Players of the Week in separate weeks. In addition, College Sports Madness named him its FCS National Offensive Player of the Week, Monday.