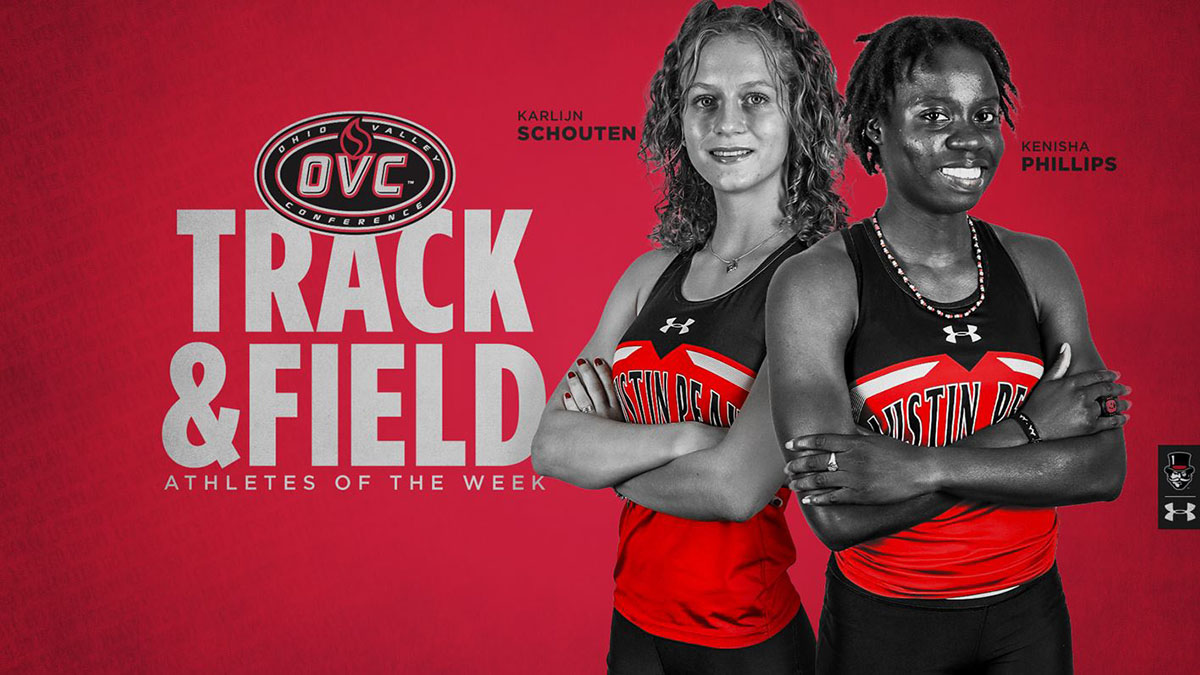 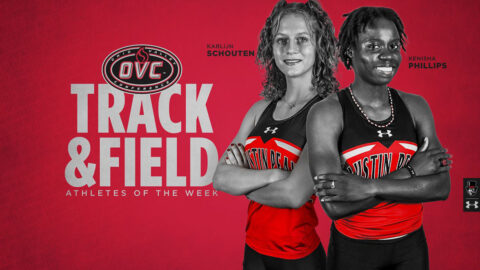 Phillips was outstanding again in Lexington, placing fifth overall and second among collegiate competitors in the 400-meter dash with a personal-best 53.38 mark, the third-fastest outdoor mark in program history, and a time which extends her lead in the event among league brethren to nearly two seconds and moved her into 22nd in the region.

In Friday evening’s 200-meter, Phillips overcame a tough start out of the blocks to clock a 23.76, one-hundredth of a second off her own school record in the event.

For her part, Schouten took a run at the Austin Peay outdoor pole vault record over the weekend, squaring off in heads-up fashion against Kentucky’s Siobhan Szerencsits in the finals of the event. Schouten’s personal-best 4.12 meter mark is the second-highest outdoor mark in program history, extending her lead in the event at the league level and moving her into 21st overall in the NCAA East Region.

Currently, both Phillips and Schouten hold qualifying marks for the NCAA East Preliminary, which takes place in Jacksonville, Florida, May 26th-29th.

This honor marks the second time this season the league has bestowed an outdoor honor on Phillips; she also won for her performance at the Margaret Simmons Invitational to end March and brings her career tally up to four Track Athlete of the Week honors overall (indoor and outdoor). This is Schouten’s first career outdoor honor and second overall; her previous weekly accolade came after winning the pole vault at the Gene Edmonds Invitational in January 2020.

Phillips, Schouten, and the APSU Track and Field team are off this week as they prepare for the OVC Outdoor Championships, May 13th-15th, in Charleston, IL.