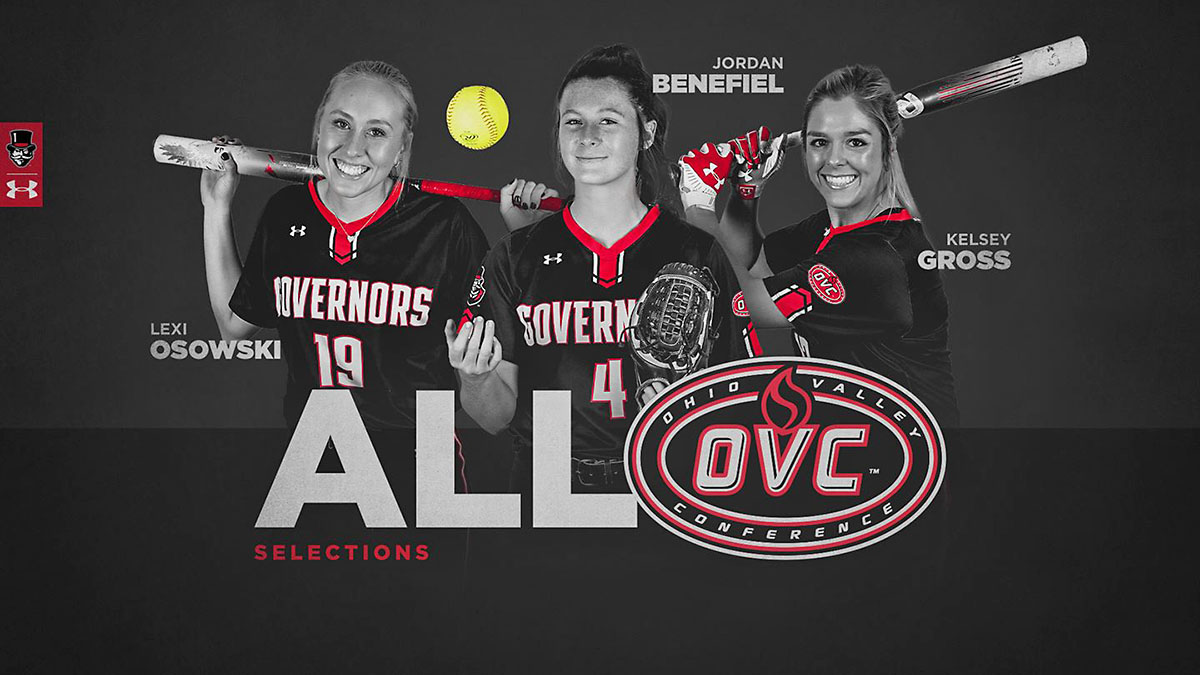 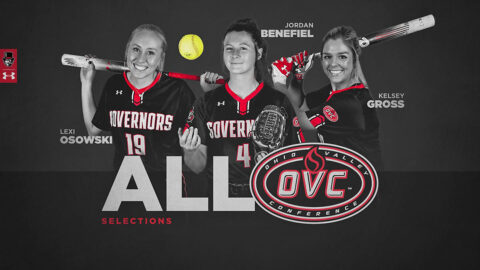 With the selection as OVC Freshman of the Year, Benefiel joins her current teammate Bailey Shorter (2018) as well as Danielle Liermann (2016) and Lori McCoy (2003) as APSU recipients of the honor, tying Eastern Kentucky, Tennessee Tech, and UT Martin for the most Freshman of the Year selections from a conference team.

Benefiel, from Pendleton, Indiana, had an impressive freshman campaign, despite missing a month of the season with a lower-body injury, posting an 8-6 record in 16 appearances, with a 1.70 ERA and 77 strikeouts in 78.1 innings pitched. She also recorded three shutouts – tying the program’s freshman single-season record – and one save all the while holding opposing hitters to a .201 batting average.

Osowski, from San Diego, California, earns her first First-Team All-OVC honor after being named Second-Team All-OVC in 2019. This season, she led all OVC hitters with a .433 batting average, while also recording a .633 slugging percentage, a .478 on-base percentage, scoring 34 runs and driving in 26. Osowski also had a 13-game hit streak this season, the third-longest by a Govs in the last 22 years, while her batting average ranks 32nd for all NCAA Division I hitters.

Gross, from Collierville, Tennessee, earned her first All-OVC season honor with her Second-Team selection as a utility/designated player, having 35 starts at first base and 22 appearances in the circle – including six starts.

Offensively, Gross batted .292 with seven doubles, two triples, five home runs, and 41 runs batted in. The 41 RBIs ranked fourth in the OVC this season and marked just the fourth time, by three players, that a Governor has driven in at least 40 runs in a single season.

In the circle, Gross led the team with a 9-2 record while posting a 2.08 ERA, two shutouts, four saves, 52 strikeouts in 77.1 innings pitched, and an opponent batting average of .222. She is tied for the conference lead in saves while ranking fourth in ERA, seventh in wins, and eighth in opponents’ batting average.