On the Road in America is an occasional and serendipitous column about people, places and observations, with publishing predicated on the random availability of internet access or lack thereof.

As I prepare to board the bus for my semi-annual sojourn north, ready to be “On the Road in America,” I am thinking of all the roadblocks thrust before me as I was pulling the jigsaw pieces of my itinerary puzzle together. Starting with the travel plans…

To begin with, there is no easy way to get where I am going from Tennessee. Take Amtrak and you have to navigate to Indianapolis first. Flying means not only getting to Nashville but landing in Hartford, navigating to a bus terminal and — taking the bus for hours and hours more. Or tripling the airfare to land in Burlington and — get to the bus station or train station and take a train. I’ve since resolved to take the scenic routes by Greyhound, which has, until this trip, been both flawless and economical. And scenic.

To begin with, I’ve been enjoying the 14-day advance purchase for my tickets for years. Apparently that particular and very appealing price option was discontinued on June 3. Okay. I was not happy about that, since I subscribe to Greyhound Rewards and never got a notice about this change. Neither did it show up on June 17 when I cruised their website double-checking prices and schedules. So I opted to buy a discounted 7-day advance purchase ticket. Yeah, right. Since buying online tickets involves surcharges that add up, I went to the Clarksville Greyhound Terminal, as I always do, to buy my ticket. 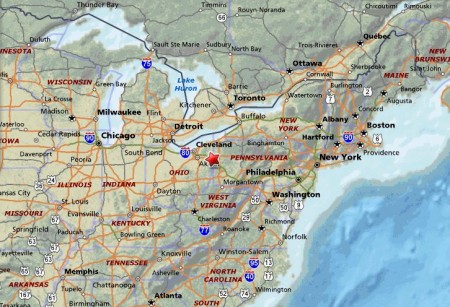 A very young person working behind the counter informed me that she couldn’t sell me a ticket because my destination, the first stop on my journey, Montpelier, did not exist. I spelled out and re-spelled the name of the city, even as she kept telling me all she could find was Mt. Mansfield (near the ski areas of Stowe) which proved Vermont and Greyhound did exist — somewhere in the Green Mountain State. Given that Montpelier is the state capitol, and the microscopic riverside trailer that serves as a terminal is a place I have been through dozens of times each year for the past ten years, a terminal that also serves a steady stream of locals and college students, I seriously doubted that the stop had been eliminated. Besides, just a few hours earlier I had researched my route, layovers, prices etc. online and had the schedule, the route numbers and times to back me up. No go. This gal said as far as she was concerned, there was no Montpelier. I stormed out, tired and agitated by the new wrinkle in what should have been a simple, straightforward purchase. I give you money. You give me a bus ticket. How hard can it be?

Irate, ticked off, and frustrated, I went home and promptly called Greyhound’s 800 number, noting to a very pleasant online travel agent that I wanted to book my ticket at the station to take advantage of the 7-day advance purchase.

“Of course we stop in Montpelier,” she told me. But as we booked the trip I encountered a second element of frustration: apparently 7-day fares now only apply to trips of 800 miles or less. Instead of leaving me hanging, however, this agent worked out a schedule that enabled me to maximize my savings by splitting the travel in half: I bought two tickets , one for each half of the trip. It would still cost more to do this than the price I got online originally — which quoted a price of $77 for the 7-day advance purchase. It was too late to argue the difference, and I will still get there when I need to. Buying two tickets online would have doubled the fees and surcharges so I opted to go back to the terminal, with instructions from this agent to have the local counterperson call her if she still couldn’t find Vermont.

As I stood there in the somewhat dilapidated, outdated terminal, finally getting my turn at the counter, the same young woman looked up at me, immediately went to the back of the office, and sent out a much older (read: experienced) agent who promptly found Montpelier with no extra effort, issued my two tickets. My passage to Vermont was ensured.

FYI: Like the airlines, Greyhound is taking up the slack over escalating fuel prices shifting the fares and by allowing only one free ‘under coach’ bag; a second bag costs $5.00 (still not a bad deal). Three bags per customer under the Coach means those bags will travel as freight, not luggage: I assume that means your excess luggage will get there “eventually.”

Having traveled by Greyhound for ten years, I have always bragged about the good deals. I often brag about it in print, since I write a chunk of my “On the Road in America” columns during the course of these bus trips. I meet people, talk to people, listen to people, observe people. I scour out the details, the minutia that is too easily overlooked by so many. I find stories everywhere, though I haven’t had to vent dissatisfaction over Greyhound service in nearly 40 years.

I haven’t had any major issues since one horrendous trip to Canada in the 1960s (another story). I’ve watched them neatly order five additional buses in the post-9-11 “afraid to fly” era when 200+ customers were waiting for a single bus. They coped, beautiful, with minimal delays, shifts in schedules with drivers who deftly made up for the delay. Smooth, seamless operation, that was. I’ve watched drivers settle two elderly people with “hearing dogs” aboard without blinking. Kind and courteous. I’ve noted the amenities of additional plugs in most terminals allowing customers to recharge cell phones and laptops.

I traveled Greyhound because of the ability to buy discounted fares and because they have affordably gotten me where I need to be, when I need to be there. Given the probabilities, or should I say inevitability, of further fuel hikes, the probability of discontinuing the advance purchase discounts looms large. If that happens, I will have to search out alternatives through online discounters for all forms of transit (planes/trains/buses), or possibly carpool with other Tennessee or southern state students to get there.

I am not a hard person to please; I live and work simply. But I expect things to work and I expect a certain level of professionalism from the people I deal with in business, particularly in customer service. This time, Greyhound fell flat, generating stress and triggering unnecessary aggravation. I was not the proverbial “happy puppy.”

When I finally settled in at home, tickets safely tucked in my travel bag, I went to the kitchen for a tall cold glass of my home-made lemonade. I looked out the kitchen window to see the brilliant full moon shining down on me.