**Gray Sasser says the Dems “decided they were not going to let Lt. Gov. Ron Ramsey and his partisan allies hijack the Democratic Party’s primary process.”

Senator Rosalind Kurita recently annouced she would run a write-in campaign for the state Senate District 22 seat, launching a campaign from new headquarters at 1817 Madison Street.

Kurita won the primary race with a 19-vote edge over challenger Tim Barnes, who successfully challenged that election result and had the victory overturned by the state Democratic Executive Committee. The state body then ruled that the executive committees of the three counties (Montgomery, Stewart and Houston) that comprised Senate District 22 meet and vote on the two candidates. That vote, 61-4, gave Barnes a Democratic slot on the November ballot.

After all the talk of mythical smoke-filled rooms, the time has come to clear the air. As readers of (this newspaper) already know, the Democratic State Executive Committee, after almost eight hours of testimony at an open meeting attended by the public and press, decided that the District 22 state Senate primary election between Sen. Rosalind Kurita and Tim Barnes was “incurably uncertain.

“In fact, the only backroom deal in this long, sordid saga was cut long before the Aug. 7 primary, when Sen. Kurita went back on her word to her Democratic colleagues and supported Republican Ron Ramsey for Senate speaker and lieutenant governor,” Sasser said. “Unfortunately, this process has become marked by accusations and, frankly, falsehoods. Sen. Kurita had the opportunity to present her case at an open meeting of the state executive committee, and according to rules that both sides agreed to before the proceedings.” Kurita was not present when the Montgomery, Houston and Stewart Councty execs met to vote on a candidate for the November ballot. The deliberations of the executive committee were held in the open, and several executive committee members disagreed with the eventual decision. 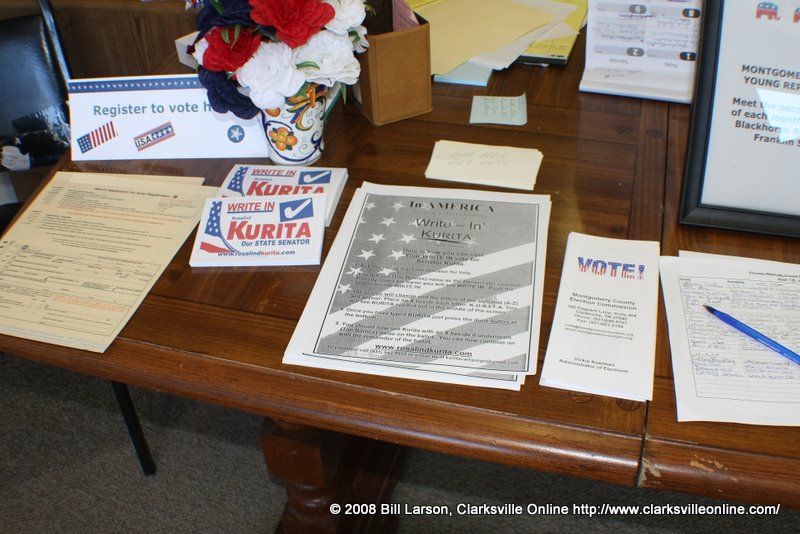 Sasser continued, “While I appreciate and acknowledge Sen. Kurita’s previous contributions to the Tennessee Democratic Party and our state, we were confronted with an extraordinary nominating situation that warranted a closer look and, ultimately, unprecedented action. In the end, Democrats took a stand. They decided they were not going to let Lt. Gov. Ron Ramsey and his partisan allies hijack the Democratic Party’s primary process. The 66 elected members of the state executive committee did the right thing, following the law passed in 1972 and signed into law by then-Gov. Winfield Dunn, a Republican, which authorizes both political parties to choose their nominees.”

Local Dems also took note of Kurita’s apparent leaning toward the Republican political view as cause for concern, with some pundits voicing the expectation that any future bids for political office will come on the Republican ticket, an possibility re-enforced by the appearance of Kurita Write-In materials at Montgomery County Republican Party Headquarters at 1820 Madison Street, a few doors down from the Kurita campaign office. 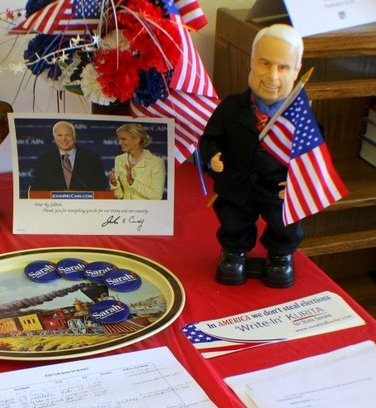 “In spite of what Lt. Gov. Ramsey and his supporters now claim in their fundraising efforts on behalf of Sen. Kurita’s write-in campaign, the Democratic State Executive Committee followed the law. While some (including members of our own party) may not agree with the decision, those claiming this difficult decision was reached behind closed doors simply did not take the time to come watch the proceedings.,” Sasser said.

Even as Sasser made his case for the procedures in the ongoing Kurita/Barnes battle, the NRA (National Rifle Association) spoke out with an endorsement for the incumbent Senator, who, in her last bid for this seat used a series of ads that included an image of her holding a rifle.

The National Rifle Association (NRA) has endorsed Senator Rosalind Kurita (D-Clarksville) in her write-in campaign for re-election to the 22nd district in the state Senate.  The group had endorsed Sen. Kurita during her primary victory and has now endorsed her for the general election in November.

“I am pleased at the continued support of the National Rifle Association and their membership. I fully support the constitutional right to bear arms.  It is important that elected officials fight for all constitutional rights, whether they be speech, voting rights or any other of the precious freedoms written into our founding documents.”

The Write-In effort for Kurita is in full swing both at her headquarters and at the neighboring Republican headquarters. To volunteer for Rosalind Kurita for State Senate, go to http://www.rosalindkurita.com/ or call 931-542-9912