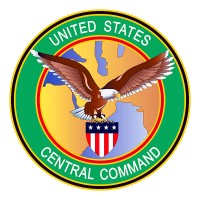 Kabul, Afghanistan – Progress in Afghanistan has been faster than expected in some respects, and not as far along in others, Army Gen. David H. Petraeus said here September 3rd.

Petraeus, the commander of U.S. and coalition forces in Afghanistan, spoke to reporters traveling with Navy Adm. Mike Mullen, the chairman of the Joint Chiefs of Staff, before attending a working lunch with the admiral.

The progress achieved so far in Afghanistan is “about standard for any one of these kinds of deliberate campaigns,” Petraeus said.

The current Afghanistan strategy has been in the making since 2008, the general said, when a U.S. Central Command assessment and subsequent policy reviews revealed that factors he called “the inputs” of the Afghanistan mission weren’t right. New organizational structures and some new leaders were necessary, he explained, and concepts and approaches needed refinement. And, he added, insufficient resources had been applied to the effort at that time.

Petraeus – who commanded U.S. Central Command before coming to Afghanistan — credited his predecessor, Army Gen. Stanley A. McChrystal, with having “a huge amount to do with getting the inputs right, obviously.”

After taking command in Afghanistan in July, Petraeus said he looked at various plans and directives, including a controversial tactical directive that McChrystal had put in place to minimize the likelihood of civilian casualties.

“That was what the biggest concern was,” he continued. “I think the directive was fundamentally sound. We made some tweaks to it based on requests from commanders in some of the classified portions … that were not huge.”

The problem, the general said, was that extra restrictions had been added in a handful of units as the directive made its way down the chain of command. Though the practice wasn’t widespread, he added, a major mythology grew from it that the directive was tying forces’ hands behind their backs.

“We have to – absolutely must – remain committed to reducing the loss of innocent civilian life to an absolute minimum in the conduct of our operations,” he said. “In fact, [the United Nations Mission in Afghanistan] actually recognized recently in a report that even as we have tripled the number of U.S. forces on the ground, the number of civilian casualties has gone down by 30 percent, which is a pretty extraordinary achievement, frankly, and something we must stay committed to.”

The biggest issue, Petraeus said, was the resources devoted to the effort in Afghanistan. In January 2009, he said, U.S. forces on the ground in Afghanistan numbered roughly 30,000, and that number soon will be more than 98,000. The number of civilians has been tripled, he added, and funding has been provided for 100,000 additional Afghan security forces.

“What that is enabling us to do for the first time here is to carry out a comprehensive civil-military counterinsurgency campaign,” Petraeus said.

Thanks to more International Security Assistance Force troops and Afghan special operations forces and enablers, as well as an effort that started last fall to provide the infrastructure to accommodate them, special mission element forces now are operating at a high tempo, Petraeus said. For example, he said, one of three special operations units conducted eight operations over the previous 24 hours, killing one targeted individual and detaining three others, with confirmation still pending on whether four other people detained were among the targets of the operations.

By comparison, Petraeus said, special operations units during the height of the troop surge in Iraq conducted about 10 intelligence-driven targeted operations per day. In Afghanistan today, 30 such operations take place on any given day.

ISAF and Afghan special operations forces have conducted more than 4,000 kinetic operations over the last 90 days, the general said, resulting in 235 insurgent leaders killed or captured and 1,066 rank-and-file insurgents killed and 1,673 captured.

But while military action is necessary, the general said, it’s not sufficient for success. Over the same period, he said, the special operations forces also have conducted more than 1,200 “population-centric” operations, such as key leader engagements and medical exercises, in Afghan communities.

Without a strategy that calls for first clearing an area of insurgents and then holding and rebuilding that area, the general said, the insurgents simply reclaim the area as a safe haven.

“So that’s where conventional forces come in, of course,” Petraeus said, “and the substantial increase in those and in Afghan forces has been of enormous help.”

But conducting a security campaign that seeks to take safe havens and sanctuaries from the enemy, he said, means the enemy will fight back and violence goes up.

“Then it takes a while before you get sufficient security as a foundation for the establishment of governance where before it didn’t exist,” Petraeus said, “and that was the case in many of the central districts of Helmand province. And then, of course, that has to be solidified and some economic progress has to take place before you actually have some popular confidence that all of this is going to prove sustainable.”