While Cal Poly (2-3) bent, it did not break and responded with its own 13-2 run over the ensuing 2:27, capped by a pair of Ashlee Burns three-pointers that pushed the lead to 10 points, 70-60, with 3:28 left. The Mustangs lead would not fall below six points the game’s remainder.

“We dug a hole a couple of times and used a lot of energy and effort to get back into the game and get the lead, said Lady Govs head coach Carrie Daniels. “Defensively, our transition defense wasn’t there tonight, we weren’t getting down the floor and gave up some easy baskets, especially after we got the lead in the second half.” 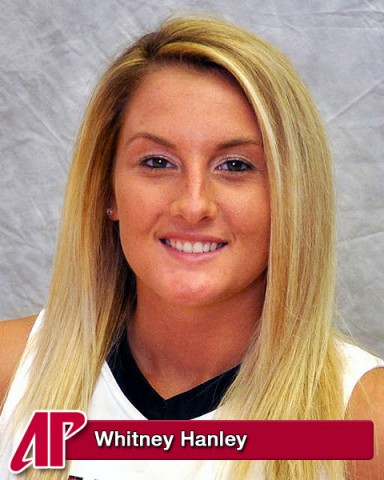 Both teams traded double-digit runs in the opening half. Cal Poly built a double-digit lead over the first 7:15 courtesy an 18-8 run, as Kristen Santiago scored her team’s first seven points. Austin Peay responded with a 14-4 scoring run to tie the game, 22-22, four minutes later.

The Mustangs charged right back with another 12-2 burst to build another 10-point lead, 34-24 with 2:33 left. Rayner scored the half’s final three points to move Austin Peay within seven points, 37-30, at the break.

Hanley finished the game with 25 points – her third 20-point outing this season – making 11-of-24 (45.8 percent) of her field goals. Rayner, who made her season’s first start, scored 15 points and grabbed seven rebounds. 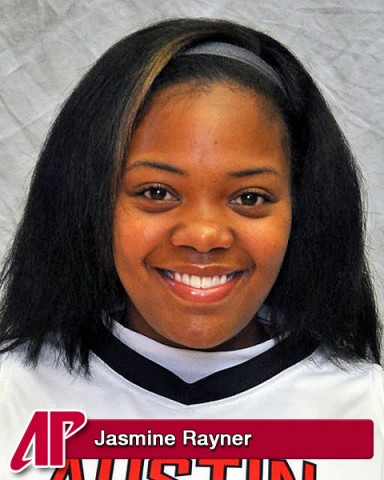 “I felt Whitney came out ready to play and wanted the ball,” said Daniels. “She took it hard to the basket and hit some big shots for us. Jasmine was a warrior tonight in the post. You have to give credit to both our seniors they really stepped up for us in this game.”

Santiago, Cal Poly’s leading scorer entering the game, scored 10 points before leaving the game with an injury late in the first half.  Burns picked up the slack with a 22-point effort that included four three pointers.

The Copies in a Flash APSU Player of the Game was Whitney Hanley.

Austin Peay – which ends its four-game road trip with a 1-3 mark – returns home to start a brief two-game homestand with a 7:00pm, Wednesday contest against Vanderbilt.