Clyburn has come to life in leading the Govs rejuvenated offense, which has resulted in a season-best five-game win streak. After opening league play 0-3, Austin Peay has bounced back to a 5-3 OVC mark. Clyburn’s work in running the point has been a big part of the climb.

“We need balance and Jerome’s dribble penetration helps give us that,” head coach Dave Loos said. “Driving the ball helps us get it inside and it helps us get to the free-throw line. Our plan is get the ball inside and I feel like our team is starting to buy into that.” 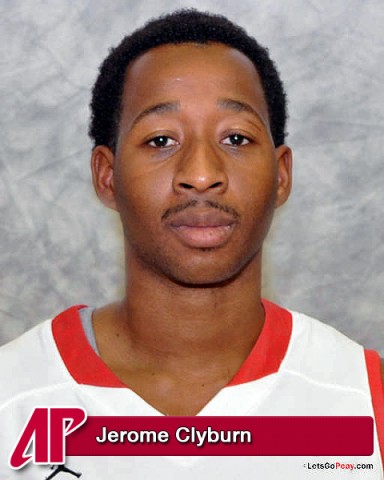 For the week, the Orange Park, FL, native, averaged 11.0 points and 4.0 assists, while making 8 of 11 from the floor and 16 of 18 from the free-throw line. At Eastern Illinois, Clyburn knocked down 12 of 14 free throws, which tied for the OVC’s single-game best, and finished with a career-best 18 points.

In fact, it was Clyburn’s second-straight game in double figures after netting 12 points at SIU Edwardsville and dishing out a career-best seven assists. On the season, Clyburn has seven games in double digits and 10 games with four or more assists.