HomeSportsAustin Peay Governors Football take on the passing attack of the Murray...
Sports

Clarksville, TN – Picked third in the preseason Ohio Valley Conference race, Murray State got off to a slow start, winning just one game in its first four contests, including a heartbreaking overtime loss to Eastern Illinois.

Preseason OVC Offensive Player of the Year and All-American Casey Brockman, on the preseason Walter Payton Watch List, was an incredible 32 of 38 for 381 yards-he has completed 176 of 260 yards for 1679 yards on the season.  He connected with Walter Powell 10 times for 162 yards against Tennessee Tech-Powell has 51 catches on the season.

The Racers also got a strong rushing effort from running back Jaamal Berry, the Ohio State transfer, who had 13 carries for 142 yards.

Linebacker Qua Huzzie is the anchor of a defense that showed great resilience after permitting 50 points against the Panthers.  He had eight tackles for loss on the season, including a pair against Tennessee Tech.

The Governors, meanwhile, still are seeking their season’s first victory after a disappointing defeat at Eastern Illinois which saw the Governors defense permitting 606 yards in total offense, including 509 through the air.

Senior All-America quarterback Casey Brockman, who made his first career start against the Govs as a freshman, has completed 67.7 percent (1276-270) of his passes for 1679 yards. He completed 32 of 38 for 381 yards versus Tennessee Tech.

Running back Jamaal Berry had 142 yards rushing on 13 carries against Tennessee Tech.

Wide receiver Walter Powell already has 51 catches this season, including 10 against Tennessee Tech, for 544 yards.

Linebacker Qua Huzzie has eight tackles for loss this season, including two against Tennessee Tech.

Austin Peay enters the game with a streak of scoring in 77 straight games. The last time APSU was shutout was by Drake, 54-0, September 24th, 2005.

APSU finished the 2011 season ranked 13th in the FCS in sacks allowed per game (1.0). It was the second straight year the Governors were ranked in the Top 15 in fewest sacks allowed per game. They were 8th in 2010. However, with a revamped offensive line in the season opener, senior quarterback Jake Ryan was pressured constantly, being sacked twice. Since then he has been sacked just twice. The Govs are tied 17th nationally in sacks allowed this season.

APSU ran 89 offensive plays against Eastern Illinois, the most they have run since they had 90 against Virginia’s Wise, November 6th, 1999.

Senior Wes Kitts is ranked 27th nationally in rushing, averaging 100.40 yards per game. He was held to a season-low 79 yards on 22 carries against Eastern Illinois.

Senior wide receiver Devin Stark has caught at least two passes in all five games this season. He has 23 receptions for 278 yards on the season.

Devin Stark finished the Tennessee State game with nine catches for a career-high 124 yards, his second career 100-yard receiving game. His previous 100-yard performance came against Memphis a year ago.

When Wes Kitts finished with 110 yards on 22 carries against Virginia Tech it made it two straight games for the senior running back with 100 yards rushing (he had 104 versus Western Kentucky). Kitts is the first APSU running back to open with two consecutive 100-yard rushing performances since Chris Fletcher opened 2007 with four straight 100-yard rushing efforts.

When Wes Kitts rushed for 104 yards against Western Kentucky he became the first Governors to rush for more than 100 yards against a Football Bowl Subdivision (FBS) program. He then eclipsed that yardage figure with 110 yards on 22 carries at Virginia Tech.

Senior quarterback Jake Ryan recorded his season’s second 200-yard passing performance against Eastern Illinois when he completed 23 of 46 passes for 205 yards. He also had one TD pass, his first since the Tennessee State game. 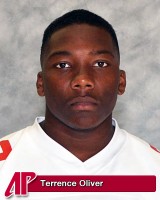 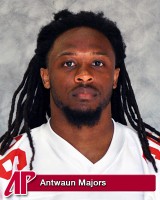 Although the Governors defense is more experienced in 2012, the depth chart still reveals much youth. In fact, only three seniors, safety Antwaun Majors, tackle Anthony Marion and linebacker Darrick Dillard were listed on the two-deep entering the season. Majors is out for the year after suffering a torn ACL while Dillard remains out with a a leg issue.

Junior linebacker Craig Salley led the Govs with seven stops against EIU, including one for loss.

A trio of sophomore defensive backs– Steve Rich, Montez Carlton and Johnathan Shuler–not only led Austin Peay in tackles against UT Martin with seven but also had interceptions 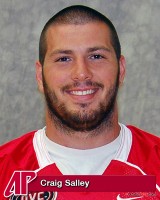 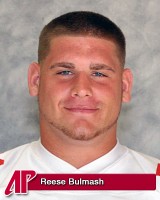 Stansell is ranked second all-time in point-aftertouchdowns made with 76.

Sophomore punter Ben Campbell averaged a season-best 42.3 yards per punt on six boots against Murray State, including a long of 50 and two down inside the 10-yard line. As a result, he was recognized the as College Football Performance Award honoree for OVC punting this past week.

Back at punter is sophomore Ben Campbell, who is exclusively playing the position.