Clarksville, TN – In an effort to bring more attention to drivers that drink and drive, the Clarksville Police Department is going to start consolidating and publishing the circumstances which lead to the DUI arrest. They are arrests, not convictions. Clarksville Police had 751 DUI arrests for 2012. 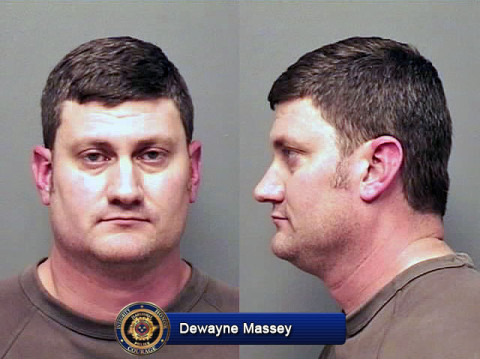 When I arrived on scene, I found the driver, Mr. Dewayne Allen Massey sleeping in the driver seat with the vehicle in drive and his foot on the break. When I tapped on the window, the driver woke up and was asked to place the vehicle in park. I then asked Mr. Massey to step out of the vehicle to perform four field sobriety tests, which he performed poorly. 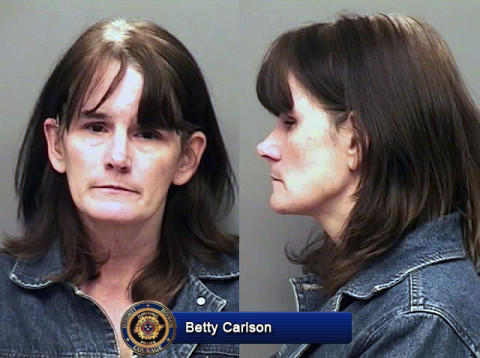 When I arrived I found Betty Carlson in the driver seat of her vehicle with the engine running yelling at no one. I noticed Carlson’s speech was slurred and she began dropping items in her hands. She turned her vehicle off and then turned it back on for no reason.

I asked Carlson to perform field sobriety test. Carlson did not complete the test, she would not follow directions. Mrs. Carlson was read the implied consent law. I found records showing that Carlson has been convicted of DUI in Illinois.

Carlson gave blood under the mandatory sections of the implied consent law. Mrs. Carlson was taken into custody and transported to Montgomery County Booking. 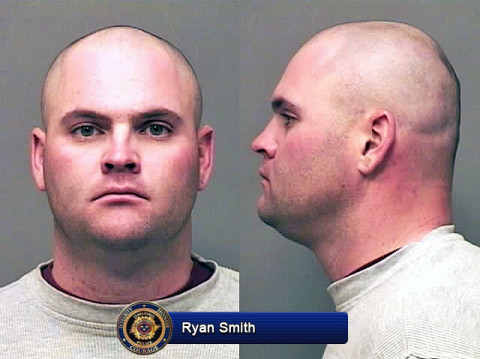 On 02/15/2013 at 18:15 hours, Officer Joshua K Smith (5701) responded to a Driving Under The Influence at Providence Boulevard and Oak Street. Officers received a call about a possible intoxicated driver near the Silver Dollar Pawn Shop on Providence Boulevard. The complainant advised that the driver was operating a silver Chevy Silverado bearing TN tag 041 XLW.

Officer Honholt conducted a traffic stop on that vehicle for failing to use a signal when changing lanes. The vehicle finally came to a stop in the Electric Cowboy’s parking lot. I made contact with suspect Ryan Smith. I could immediately smell the intoxicating odor of an alcoholic beverage. I observed that his eyes were watery as well, and he spoke with slurred speech.

Mr. Smith did consent to performing the standardized field sobriety tests, and he did perform poorly. I placed him into custody for DUI and transported him to booking. He did consent to a breath test and his BAC was over the legal limit. 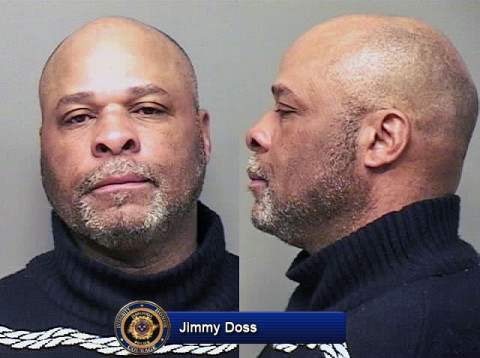 After a traffic stop, I conducted field sobriety tests on suspect Jimmy Doss. He performed poorly and had a strong odor of intoxicants about his person.

I arrested him for DUI. Mr. Doss has a long history of DUI and was transported to Gateway Medical Center for a mandatory blood draw, to which he consented. The vehicle was released to passenger. 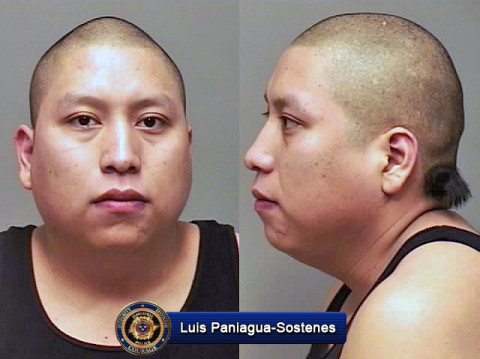 On 02/16/2013 at 02:11 hours, Officer J. Scott (5091) responded to a Driving Under the Influence call and initiated a traffic stop on a Red Ford Ranger bearing Tennessee tag E9025A at Wilma Rudolph Boulevard near Dunbar Cave Road for suspicion of DUI. This was after the vehicle left the roadway to the right and then weaved into the adjacent lane of travel to the left.

Upon making contact with the driver, Mr Luis Paniagua-Sostenes (suspect), a strong odor of an alcoholic beverage was detected. As the suspect exited the vehicle he appeared to be unstable on his feet and his eyes were bloodshot and watery. The suspect consented to a breath test and that test revealed that his BAC was over the legal limit.

He was then transported to Gateway Medical Center and medically cleared. Mr Luis Paniagua-Sostenes was finally transported to the Montgomery County Jail for booking and charged with DUI. 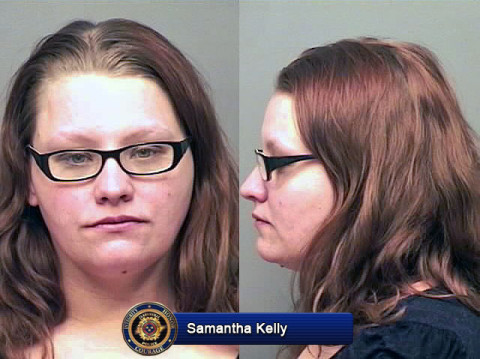 On 02/16/2013 at 03:27 hours, Officer John Bushnell (6172) responded to a Driving Under The Influence at 2147 Wilma Rudolph Boulevard. Sergeant Mike Caver advised Officer Bushnell that he stopped a black Nissan Sentra for driving without any headlights on.

A check through NCIC also revealed Ms. Samantha Kelly did not have a drivers license. After talking with Ms. Kelly outside the vehicle, Officer Bushnell could smell a odor of an alcoholic beverage emitting from her person. 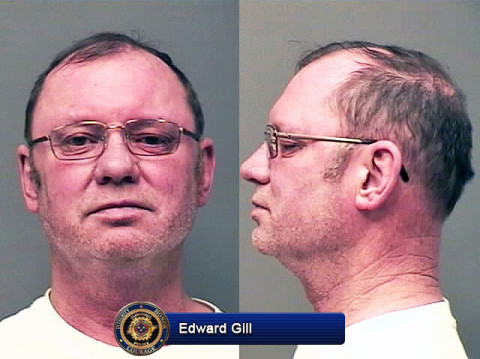 On 02/16/2013 at 17:13 hours, Officer K. Carlton (3675) responded to a Driving Under The Influence at 403 Judy Lynn Drive. I was flagged down in reference to a man in a red Saturn drinking beer in his vehicle at the gas station at Lafayette Road and Ryder Avenue.

When I pulled into the gas station the red Saturn pulled out of the gas station onto Lafayette Road. A traffic stop was initiated based on the information I had received about the vehicle and also improper display of plates. Upon contact with the driver, Edward Gill, his speech appeared slurred and there was an open beer in the center console in plain view.

I asked Mr. Gill to step out and take some field sobriety tests. While exiting the vehicle Mr. Gill appeared unsteady on his feet. He performed poorly on all 3 SFST tests given and was taken into custody for DUI. He was then transported to Montgomery County Booking and charged with DUI, open container, improper display of plates, and driving on revoked license. 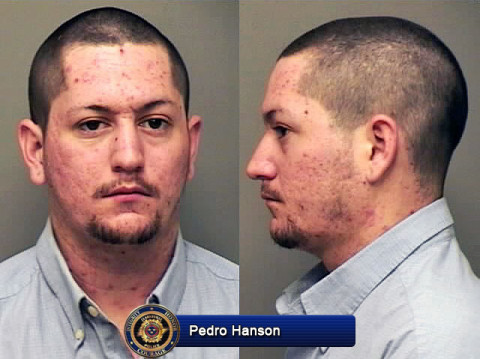 On 02/17/2013 at 16:43 hours, Officer R. Delgiorno (1802) responded to a Driving Under The Influence at 1911 Fort Campbell Boulevard. A concerned citizen flagged me down at Providence and B Street in reference to a possible drunk driver.

The driver proceeded to hand me his Kentucky ID. Mr. Hanson had an odor of an intoxicating substance coming from his person and he was unsteady on his feet. Mr. Hanson did submit to three field sobriety test, HGN, Walk and Turn and the 1 Leg Stand. Mr. Hanson failed to perform as instructed and was placed into custody.

A check through NCIC also revealed that Mr. Hanson’s license was suspended. Mr. Hanson was then transported to the Montgomery County Jail. While at booking Mr. Hanson did submit to the Tennessee Implied Consent Advisement and took a breath test. The test revealed Mr. Hanson’s BAC was over the legal limit. Mr. Hanson was charged with DUI and Driving on a Suspended License. 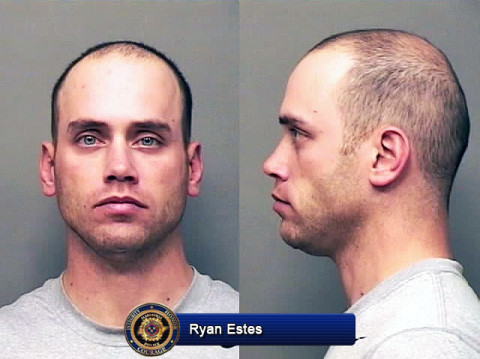 When the vehicle was located Officer Rosencrants saw a man exit it, and run into the nearest restaurant, The Tilted Kilt. The driver was identified as Ryan Estes who was sitting at the bar. Witnesses in the Tilted Kilt also identified Mr. Estes as being in the bar earlier, left, and then came back in the rear entrance.

Mr. Estes was unaware of where he had parked his vehicle until he located it behind the Outback Steakhouse. There was damage to the front driver side with red paint transferred onto the bumper that matched the vehicle that he had hit on Cobalt Dr. Mr. Estes was booked into the Montgomery County Jail for DUI, and leaving the scene of an accident. 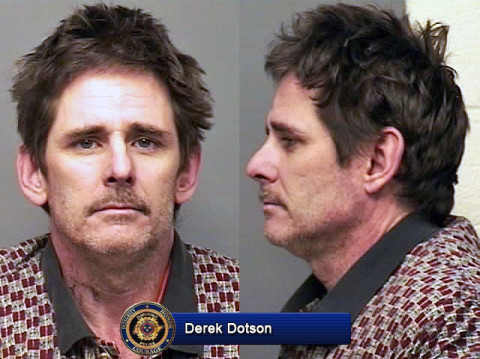 On 02/19/2013 at 01:02 hours, Officer Buddy Gillespie (8279) responded to a Driving Under The Influence at South 2nd Street at Crossland Avenue. I was headed to a call for service regarding a vehicle that had run off the road and hit an unoccupied vehicle near Forest Drive.

As I neared the scene I observed a vehicle matching the description of the suspect vehicle leaving the area. I made a traffic stop on the Chevy Tahoe for not using a turn signal indicator on South Riverside Drive and Crossland Avenue.

I made contact with the driver, Derek Dotson. I observed an open can of beer sitting in a cup holder on the dashboard. I had Dotson step out of the vehicle. He appeared intoxicated; he speech was slurred and his eyes were glassy. He consented to performing SFSTs, which he performed poorly. He was placed under arrest for Driving Under the Influence.

An inventory of the vehicle revealed a metal flask in the front driver-side door that was filled with an alcoholic beverage.  Two witnesses were escorted to the scene and positively identified both Dotson and the blue Chevy Tahoe as being involved in the accident on Forrest Dr. After being read the implied consent advisement, Dotson consented to chemical tests and was transported to Gateway Medical Center ER for a blood draw.

He was then transported to booking. He has a pending trial for a DUI he was charged with in November, but does not have any prior convictions for Driving Under the Influence.