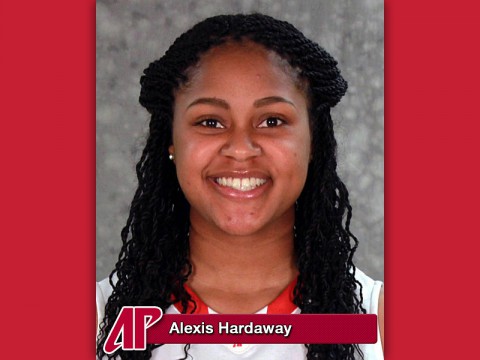 She opened the season with a 10-point performance at Western Kentucky and followed that with a 10-point, 10-rebound effort at Southern Illinois, November 12th.

She would not reach double-digit scoring territory the season’s remainder but would grab a season-best 11 rebounds against Southeast Missouri, January 4th.

“Our entire coaching staff and team wish nothing but the best for Alexis in all of her future undertakings,” said Daniels. “Alexis is a tremendous young lady that has a lot to offer and our hopes are that she finds a place that will fit her needs both athletically and academically.”

Hardaway’s freshman campaign saw her start the season’s final 19 games and averaged 5.3 points and 4.9 rebounds in 24.1 minutes per outing while playing 24 games.