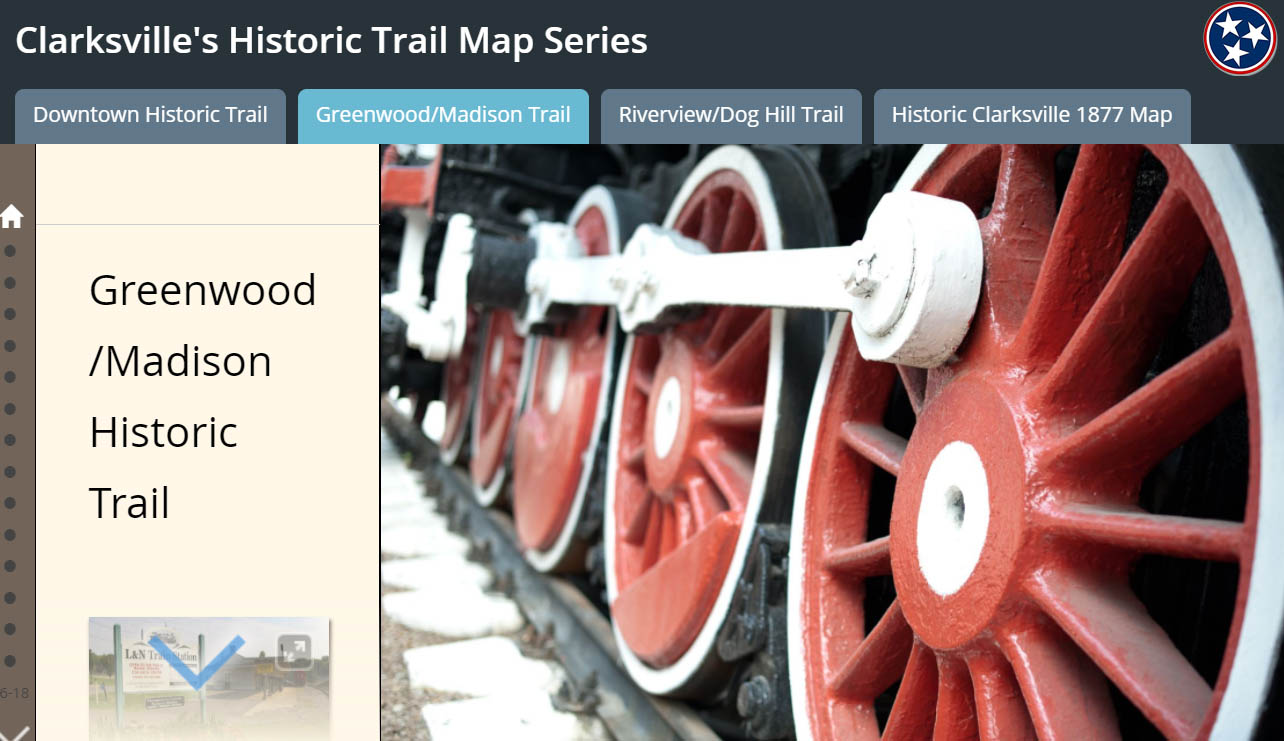 An urban trail is not a built path through natural scenery but a virtual trail that uses existing sidewalks and crosswalks to lead walkers through a route of interesting urban sights.

The trails Ferrell laid out entices walkers with open-air history lessons packed with interesting historical tidbits about Clarksville’s past. 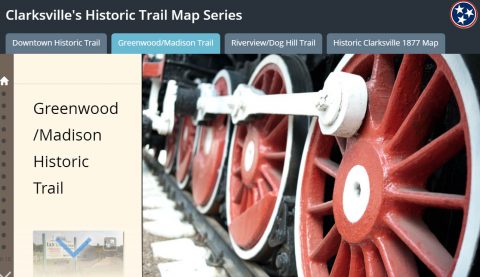 Hester has combined the trails into a website with route maps, contemporary photographs provided by Austin Peay State University GIS Center and historic images collected by Ferrell. The project took a little more than four months to complete.

“These trails provide a way for people to actually walk down history lane, preserving our history through technology. I appreciate the collaborative effort between Ms. Ferrell, Bryce Hester and APSU,” stated Montgomery County Mayor Jim Durrett.

The Downtown Clarksville Trail winds eight tenths (.8) of a mile through the center of downtown. Using Hester’s innovative website, trail walkers can learn about Clarksville Marble Works, a business that specialized in carving statues and headstones. They can imagine the mid-nineteenth-century photographic studio that William J. McCormac operated in the building that is currently home to the Blackhorse Pub & Brewery. The skylight McCormac had installed to give optimal natural lighting for photos is still present on the second story roof.

The downtown trail also passes the Crusman building which houses present day Couture Crush. J.J. Cusman is one of the most interesting little-known figures of Clarksville’s past. He was so badly wounded during the Civil War, he was reported dead.

He recuperated and returned to duty where he was captured at Petersburg, escaped to Canada from a Union prison and was en route to Bermuda to become a blockade runner when General Robert E. Lee surrendered. Cusman made his way back to Clarksville and operated a successful wholesale business, served as president of Farmers & Merchants National Bank and was elected mayor in 1878.

Ferrell said, “I designed the three trails, each of which I felt would generate the most interest among the public. These trails will allow participants to see the same sights and walk the same streets as the city’s earlier occupants. Everyone will be immersed in Clarksville’s history with a dose of exercise. What could be better?”

The Greenwood-Madison Trail runs 2.7 miles through the historic residential neighborhood of Dog Hill, past the house where actor Frank Sutton, best remembered for his role as Gunnery Sergeant Carter on the television series Gomer Pyle, U.S.M.C, down to an overview of the Cumberland, passing by the antebellum homes of attorney Alfred Robb, Civil War Colonel William Forbes and tobacco magnate Christopher Smith, on to Riverview Cemetery, with its marble tributes to Clarksville’s early citizens.

These are just a few examples of the many historical facts to learn about. The trails provide an opportunity for anyone who wants to gain knowledge about the history of Clarksville.

“This was a fascinating project to put together. Having been born and raised in Clarksville, it was intriguing to learn of all the various historical aspects of my hometown,” said Hester.

All three trails begin at the Downtown Commons. To access the trail, visit https://mcgtn.org:8081/County/it/trailmobile/index.html