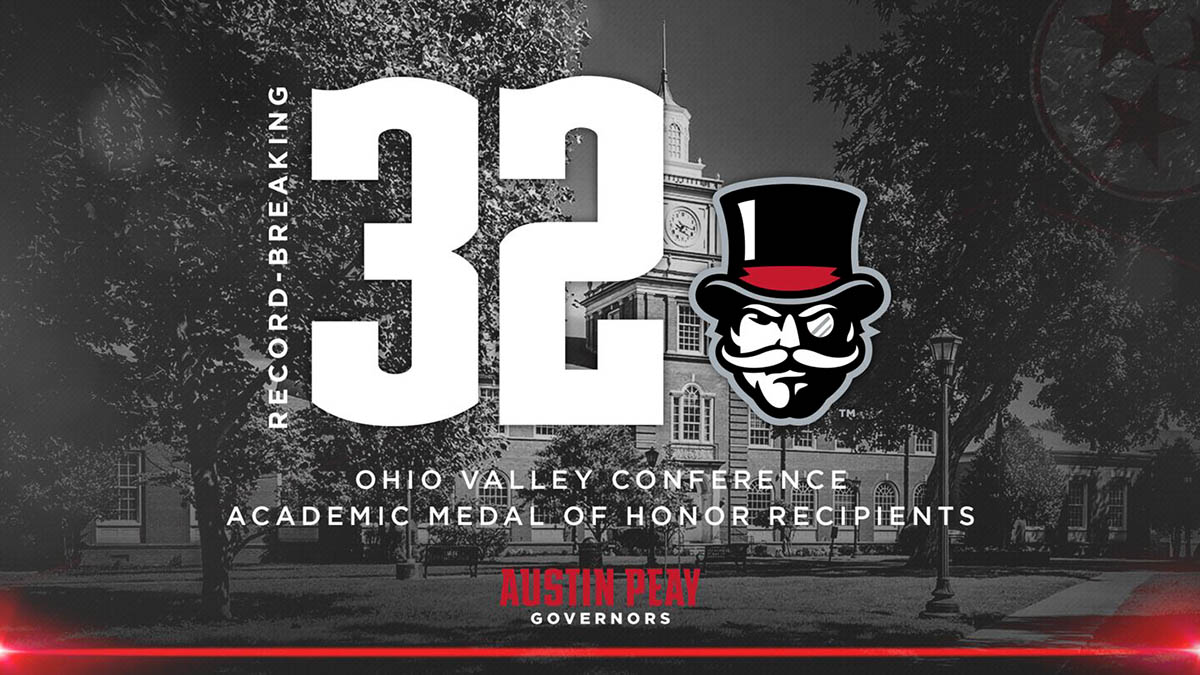 The 32 Austin Peay student-athletes awarded the 2018-19 OVC Academic Medal of Honor each carried a perfect 4.0 grade-point average for the academic year. The award recognized those conference student-athletes who achieve the highest GPA in a conference-sponsored sport. The league recognized a record 268 recipients of the Academic Medal of Honor in 2018-19. 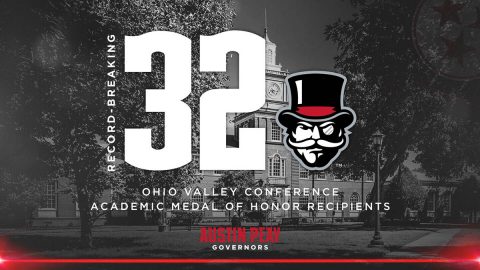 “Academic success is a key part of our ‘Total Gov’ concept, and our student-athletes continue to achieve outstanding success in the classroom, on the court and in our community. I would also like to thank President White, Provost Dr. Gandy, and the Austin Peay faculty for their efforts in making sure our student-athletes reach their academic goals,” Harrison stated.

Austin Peay’s record-breaking Academic Medal of Honor award list follows a 2018-19 academic year that saw its student-athletes post a department-record 3.14 GPA for the year. They set a single-semester record with a 3.152 GPA during the fall semester and their 3.096 spring semester GPA was the best spring mark in department history.