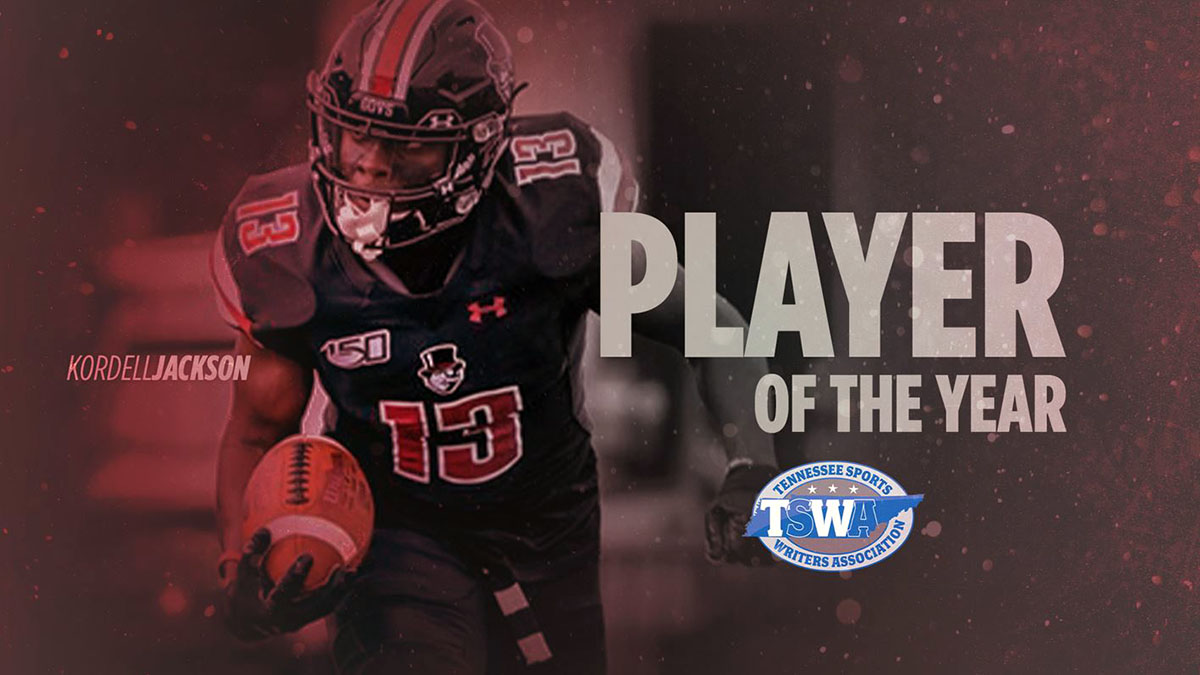 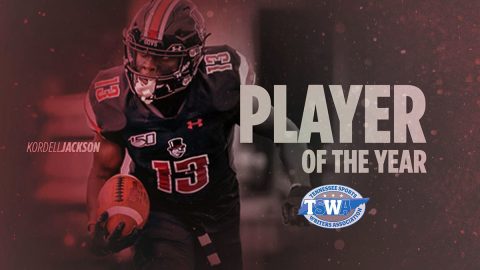 The TSWA Coach of the Year award is the latest for Hudspeth, who led the Govs to their first OVC championship since 1977 in his first year as the program’s head coach.

Jackson adds TSWA Player of the Year honors to a campaign that saw him become the APSU Govs 11th Consensus All-American. He was named First Team All-America by the Walter Camp Foundation, American Football Coaches Association, STATS Inc., Associated Press and HERO Sports. In addition, Jackson was named the Defensive Back of the Year by the Football Championship Subdivision Athletics Directors Association.

The ball found its way into Kordell Jackson’s hands often in 2019. The Birmingham, Alabama native led the OVC with seven interceptions – two returned for touchdowns – and ultimately was responsible for 10 of the Govs 25 turnovers gained. Jackson’s 159 interception return yards both led the OVC in 2019 and ranked second in program history behind only Howell Flatt’s 1966 campaign. When he wasn’t providing lockdown protection, Jackson could often be found in the opposing backfield, with eight of his 47 tackles resulting in lost yardage.

Both Hudspeth and Jackson will be on the sideline when Austin Peay State University is slated to open its 2020 campaign at the Guardian Credit Union FCS Kickoff, August 29th, against Central Arkansas. The season-opening game will be played at the Cramton Bowl in Montgomery, Alabama.