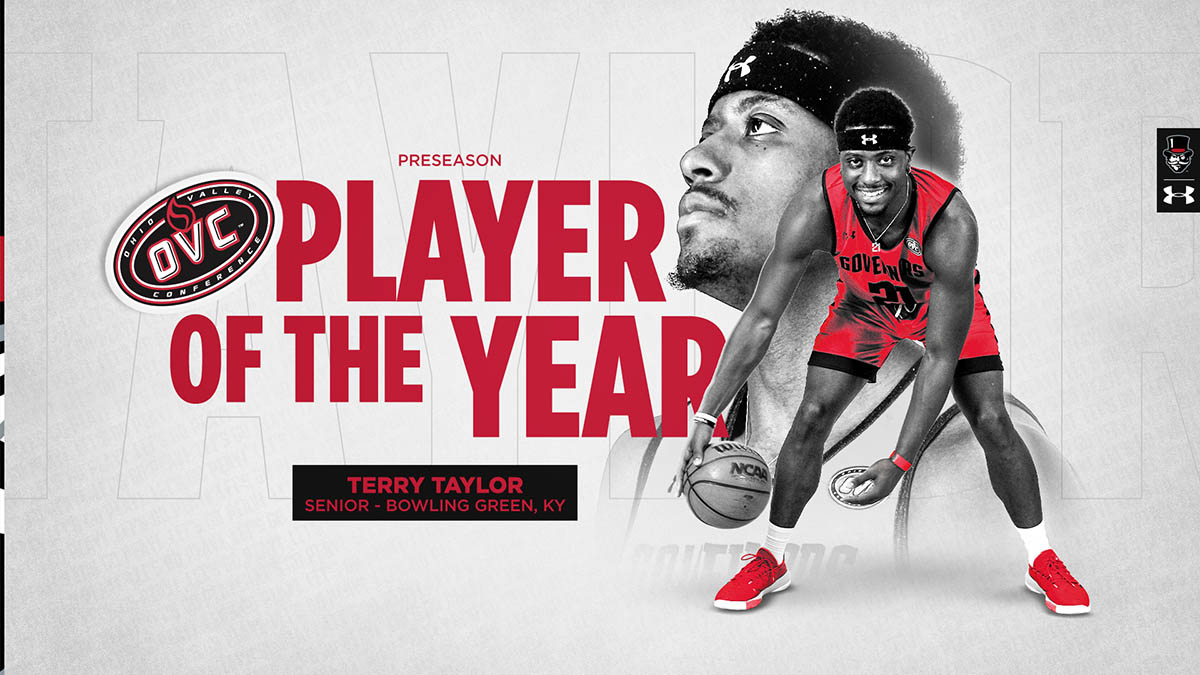 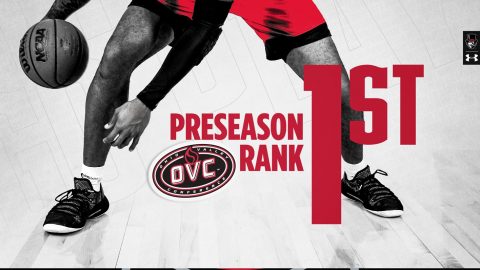 In addition, the Govs were chosen as the preseason favorite in the OVC, sharing that nod with Murray State; the Govs received nine first-place votes and equaled the Racers with 226 total points.

And if that weren’t enough, 2020 OVC Freshman of the Year Jordyn Adams has joined Taylor on the preseason All-OVC team, making them the first Governor teammates to earn preseason all league honors since the 2013-14 season, when Travis Betran and Will Triggs were preseason selections.

First, the big news: Austin Peay State University has not been tabbed as the favorite in the official league preseason poll, shared or otherwise, since the 2011-12 season.

Overall, it’s the seventh time in program history the Govs have been the preseason favorite, joining the 1989, 1996, 2000, 2003, 2007 and 2011 teams—the Govs won or shared the league’s regular-season title in three of those seasons and advanced to the OVC Tournament title game in four of them, winning the 2008 league tournament title after being tabbed as the preseason favorite prior to the year. 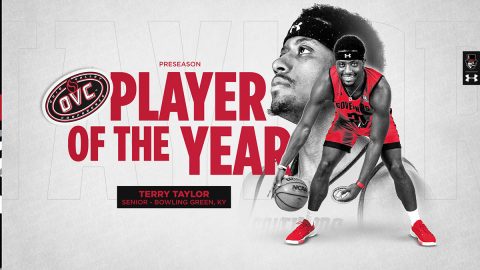 The Govs bring back not only the league’s most dynamic 1-2 punch but also fourth-year head coach Matt Figger and return two second-year guards in Carlos Paez and Alec Woodard who combined for 23 starts last year.

Add to that two talented combo guards in Reggie Gee and Devon McCain who combined to miss all but six games in 2019-20 and two high-major transfer forwards with size in 6-8 Corbin Merritt (Oklahoma) and 6-8 Mike Peake (Georgia). Paired with the rest of a dynamic recruiting class, this year’s roster features as much talent as any that has been collected in Clarksville during Figger’s tenure.


A Bowling Green, Kentucky native, Taylor averaged 21.8 points and 11.0 rebounds—the first Gov to average 20 and 10 since Otis Howard in 1977-78—while hitting 55.0 percent from the floor and averaging 1.3 blocks and 1.3 steals per game. He was the only player in the OVC last season to average more than a block and a steal per game—he recorded multiple blocks, steals or both in 22 of 33 games—and earned a league-record tying eight OVC Player of the Week honors. 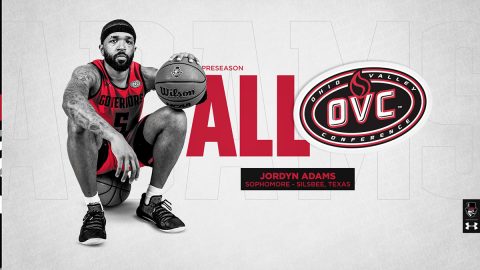 Adams’ talent was evident as a freshman; the OVC Freshman of the Year and First Team All-OVC choice averaged 17.4 points on 42.0 percent shooting from the floor, earning a program-record 10 OVC Freshman of the Week honors during his first season as a Gov. He also earned Kyle Macy Freshman All-American honors from collegeinsider.com.

One of three Austin Peay State University men’s basketball players to score 500 or more points in their freshman season, Adams took over second on that list from Taylor toward the end of the regular season. At 17.4 points per game, Adams ranked fourth nationally among freshman, behind likely NBA draft picks Vernon Carey Jr. of Duke, Anthony Edwards of Georgia—the Kyle Macy Freshman of the Year honoree who Adams outdueled in a December 30th, 2019 meeting in Athens—and Massachusetts’ Tre Mitchell. Among Division I freshmen, he ranked second in total points (574) and fourth in field goal attempts (460).

Among league brethren, Adams finished sixth in scoring (17.4 ppg), fourth in free-throw percentage (79.0), ninth in three-pointers made (1.8 per game) and sixth in minutes (33.2) in his first season.

The Ohio Valley Conference is holding its digital Media Day, November 9th-10th via Zoom; the Govs are scheduled to be on during the 11:00am CT hour, November 10th.

As You Get Back Outside this Spring Stay Safe

As You Get Back Outside this Spring Stay Safe