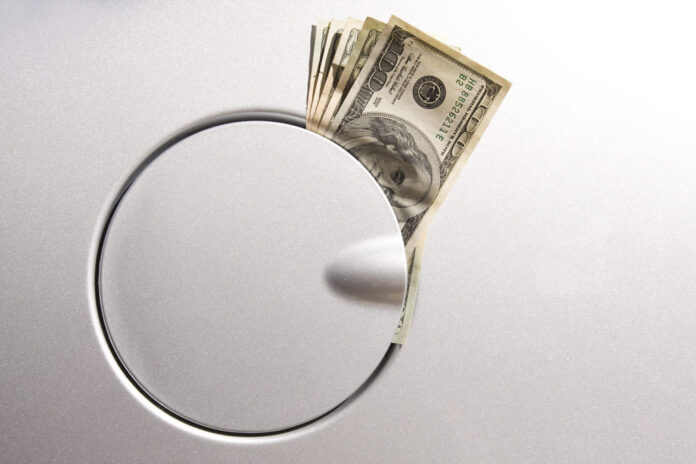 Washington, D.C. – Drivers are paying more at the pump—a lot more—as the cost of gasoline moves steadily higher. In the past two weeks, the national average for a gallon of gasoline has risen 20 cents to $4.32, a penny less than the record high set on March 11th.

The increase is primarily due to the high cost of crude oil, which was hovering near $100.00 a barrel last week and is now closing in on $110.00.

“With the cost of oil accounting for more than half of the pump price, more expensive oil means more expensive gasoline,” said Andrew Gross, AAA spokesperson. “These prices are creeping closer to those record-high levels of early March.”

For those in the market for a new ride, one way to end the pain at the pump may be to dump the pump. In the latest online AAA Car Guide, all category winners for 2022 are electric or electric hybrid vehicles. 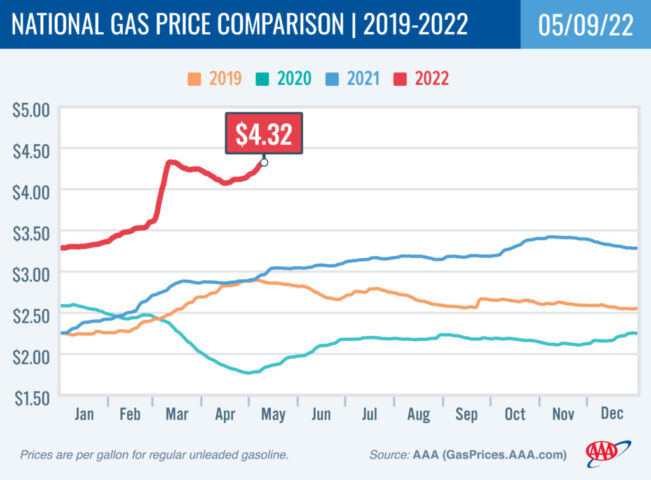 At the close of Friday’s formal trading session, WTI increased by $1.51 to settle at $109.77. Crude prices rose last week after the European Union announced a proposal to ban Russian oil imports within six months, while refined product imports would be prohibited by the end of 2022.


The price increases occurred despite continuing COVID-19 lockdowns in China weighing down crude demand and EIA reporting that total domestic crude inventories increased by 1.3 million bbl to 415.7 million bbl, which is approximately 14 percent lower than the storage level at the end of April 2021.