Knoxville, TN –  Legendary Tennessee Lady Vol basketball coach Pat Summitt, mentor and mother-figure to her players; a revered ambassador for her university and state; a trailblazer for women; and a role model for people all over the world passed away Tuesday, June 28th, in Knoxville at the age of 64.

Born Patricia Sue Head on June 14th, 1952 in Clarksville, Tennessee, Summitt arrived at the University of Tennessee for her first job as a 22-year-old physical education teacher and coach in 1974. As it turned out, the move to Knoxville would be the only one she’d make in her career. She leaves a legacy of greatness and grace that will never be forgotten.

Famous for her intensity, Summitt’s competitive fire was reflected in her steely blue eyes and an icy stare that often connected with, and strengthened the resolve of, her student-athletes. Conversely, she possessed warmth and humor that demonstrated, in a motherly way, that her critiques were from the heart of someone who truly cared. They were simply methods of coaxing the very best she could get out of young women for whom she was responsible and preparing them for the rigors of the game and life.

Summitt served as head coach of the Lady Volunteers for 38 seasons and recorded an astounding overall record of 1,098-208 (.840). She made the UT program known and respected worldwide for its standard of excellence.

Her incredible body of work in that regard earned her the title “Naismith Women’s Collegiate Coach of the Century” for the 1900s. It was a hallmark achievement for a leader who received a plethora of national (seven times) and SEC coach of the year (eight times) accolades during her career. 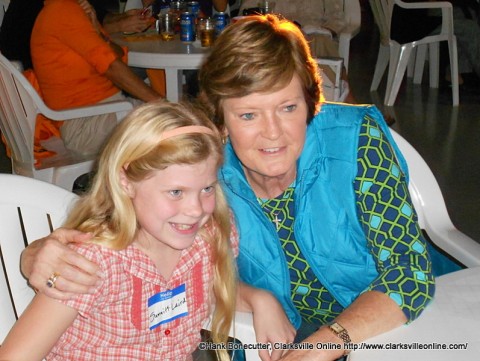 So respected as a women’s college coach was Summitt, she was viewed as being equally capable of coaching men and was occasionally mentioned as a candidate to do so. UT and NFL great Peyton Manning told Summitt he always wished he could have played for her. He alluded, if she had pursued that path, that she had the traits necessary to be a successful football coach as well.

Summitt’s passion, though, was developing young women into champions, graduates and successful citizens, and she did it better than anyone ever had. Her example served as motivation that girls could do anything they put their minds to if they were willing to put in the work. The growth in the game of basketball is just one area where her influence is evident.

The first NCAA basketball coach to reach the 1,000-win plateau, her victory total still stands as the most in NCAA Division I women’s or men’s hoops history. She accomplished that feat despite early retirement from the game on April 18th, 2012, after revealing she was suffering from early-onset dementia, Alzheimer’s type, less than a year earlier on August 23rd, 2011.

Summitt served as head coach emeritus since 2012 and also devoted her time to raising awareness worldwide about Alzheimer’s disease through the Pat Summitt Foundation and its highly-successful “We Back Pat” campaign. Her willingness to bravely share her fight against the illness allowed Summitt a platform where her courage impacted fund-raising efforts and gave hope to millions who are affected directly or through a loved one.

The uncommon valor Summitt demonstrated while facing her toughest foe earned her even greater admiration than she had attained as a hall of fame coach. President Barack Obama honored her with the Presidential Medal of Freedom. She received the Arthur Ashe Courage Award. The tributes continue to this day and will for some time to come.

During her illustrious career, Summitt’s teams made a record-setting 31-consecutive NCAA Tournament appearances, winning eight NCAA National Championships and finishing second five times while playing in 22 NCAA or AIAW Final Fours. UT recorded the very first three-peat in NCAA Division I women’s basketball, seizing national titles in 1996, 1997 and 1998, with the third of those squads cruising to a school-best 39-0 record.

Summitt, who won silver as a player at the 1976 Olympics and coached the 1984 U.S. team to gold, directed 14 players at UT who made Olympic Teams. She developed 21 WBCA All-Americans and 39 All-SEC players. She sent 39 Lady Vols to the WNBA, including 15 drafted in the first round and three picked No. 1 overall.

Using the attributes of discipline, hard work and sacrifice she learned while doing chores as a child on her family’s farm, Summitt taught her players to embrace and embody those traits and, along the way, established a code of conduct she called her “Definite Dozen.”

They are: Respect yourself and others. Take full responsibility. Develop and demonstrate loyalty. Learn to be a great communicator. Discipline yourself so no one else has to. Make hard work your passion. Don’t just work hard, work smart. Put the team before yourself. Make winning an attitude. Be a competitor. Change is a must. Handle success like you handle failure.

Those tenets weren’t tailored solely for the basketball court. Summitt knew they were applicable to the classroom and for the rest of the players’ lives, ensuring that she was developing educated, self-sufficient young women to send into the world.

Furthermore, she empowered her players by providing a strong parental presence and creating a family atmosphere where student-athletes from all backgrounds felt at home. 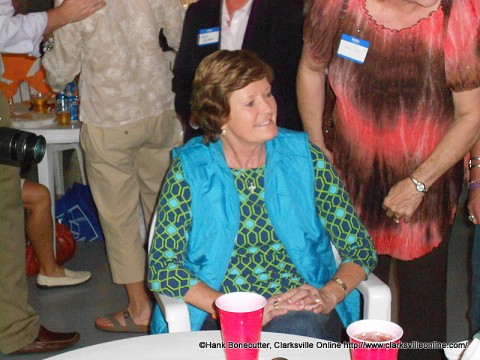 As a result, not only was Tennessee highly successful on the hardwood, the program was perfect in graduating players. All 122 Lady Vols under her watch who completed their eligibility at UT earned degrees.

At the time of her retirement, 78 individuals who were mentored in the UT program by Summitt occupied basketball coaching or administrative positions. Among them is Tennessee’s current head coach, Holly Warlick, who played for Summitt from 1976-80 and coached beside her from 1985 to 2012.

Summitt’s accomplishments as one of the game’s greatest teachers resulted in basketball courts being named in her honor (at Tennessee and her alma maters UT Martin and Cheatham County High School). She was named to no fewer than eight halls of fame, including the Naismith Memorial Basketball Hall of Fame and the Women’s Basketball Hall of Fame. Streets bear her name in Knoxville and Martin. A statue and plaza were constructed near Tennessee’s Thompson-Boling Arena in 2013.

Just up the street on the UT campus from Pat Summitt Plaza resides another statue, the Torchbearer, whose outstretched arm grasps a torch perpetually aflame. The iconic monument in Circle Park symbolizes the university’s Volunteer Creed, which states “One that beareth a torch shadoweth oneself to give light to others.”

As a coach, mentor, mother-figure, ambassador, trailblazer and role model, Pat Summitt was a living torchbearer. Hers is a light that also cannot be extinguished.