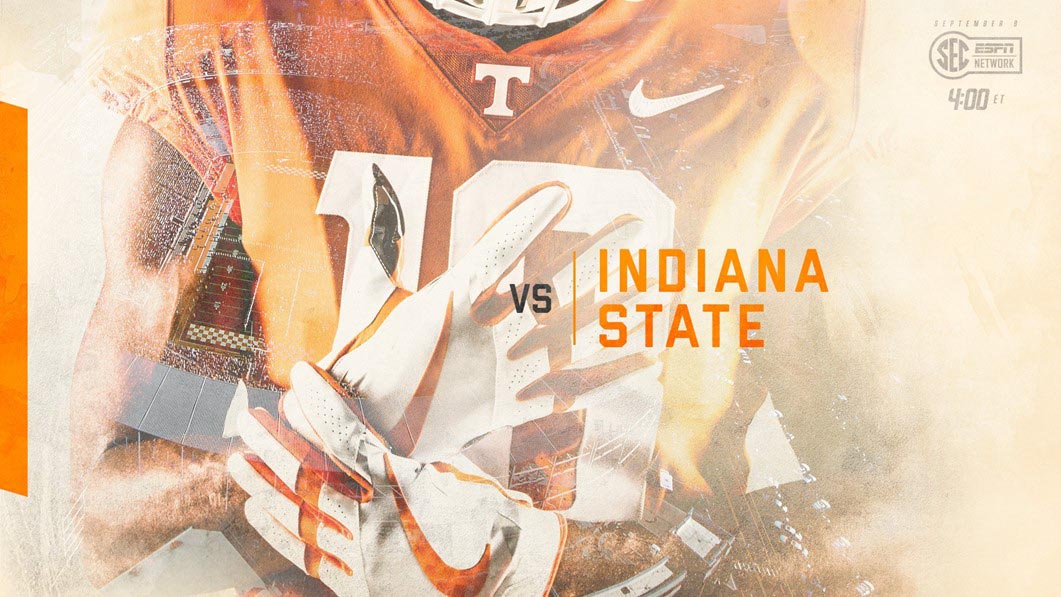 Knoxville, TN – No. 25/21 Tennessee takes on Indiana State on Saturday at 3:00pm CT on SEC Network in the Vols’ 2017 home opener at Neyland Stadium.

David Neal (play-by-play) and Matt Stinchcomb (analyst) will be in the booth and Dawn Davenport will report from the sidelines. Vol Network radio affiliates will have a live audio broadcast with Bob Kesling, Tim Priest and Brent Hubbs. Sirius Channel 78 and XM Channel 190 will also carry a live audio broadcast. 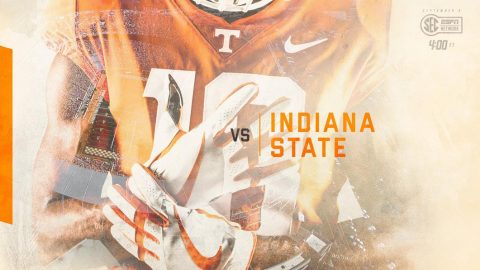 The first Vol Walk of the season will begin at 12:30pm CT as Team 121 walks through the sea of Tennessee fans from the Torchbearer statue, down Peyton Manning Pass and Phillip Fulmer Way and past Gate 21 into the stadium.

Tennessee is coming off a thrilling 42-41 double-overtime comeback win over Georgia Tech on Monday in the Chick-fil-A Kickoff Game at Mercedes-Benz Stadium in Atlanta. Indiana State is coming off a 22-20 loss to Eastern Illinois on August 31st.

Saturday’s game will mark the first-ever meeting between Tennessee and Indiana State. It is also the Vols’ first-ever game against any of the current members of the Missouri Valley Conference.

Mallory also worked with Butch Jones in the past. In 2001, Jones was the offensive coordinator for Central Michigan and Mallory was the Chippewas’ defensive backs coach.

He averaged 47.0 yards per punt on six punts and pinned the Yellow Jackets inside their own 20-yard line five times. He tied his career-best mark with a 70-yard punt in the second quarter that forced Georgia Tech to start a drive at its own 14-yard line after a four-yard return.

Junior running back rushed for career highs of 128 yards and four touchdowns on 19 carries in the Vols’ season-opening win over Georgia Tech. His four rushing scores were the most by a Vol since James Stewart ran for four touchdowns against Georgia in 1994.

Sophomore receiver Marquez Callaway hauled in four catches for 115 yards and two touchdowns against the Yellow Jackets. His two touchdown grabs are tied second in the nation and he is one of just 30 receivers in the NCAA FBS to catch at least two touchdowns thus far.