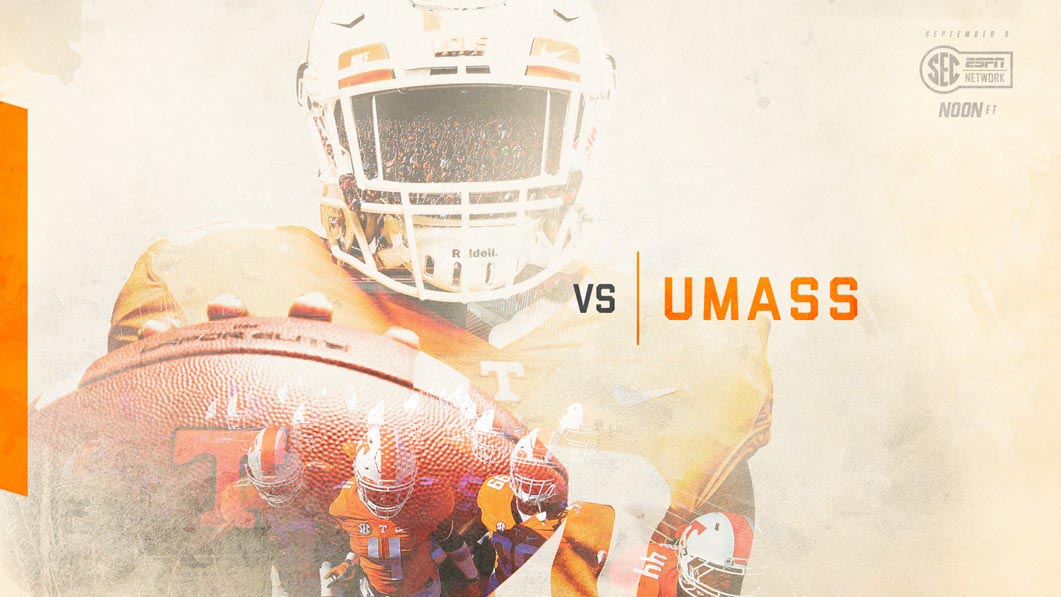 Tennessee (2-1) is coming off a 26-20 road loss to Florida on September 16th. Junior running back John Kelly set career highs with 141 rushing yards and 96 receiving yards and played a major role in the Vols’ second half rally before the Gators took the win on a Hail Mary with time expiring. 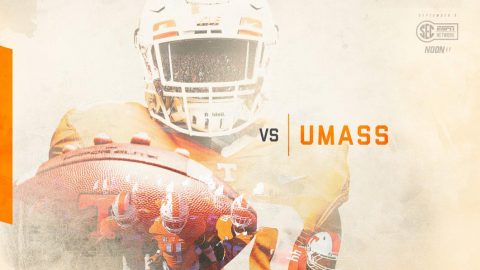 UMass is coming off a 29-21 loss against Temple on September 15th in Philadelphia. The Minutemen posted 458 yards of offense in the loss.

First-Ever Game Between Tennessee and UMass

Saturday’s game will mark the first-ever meeting between Tennessee and UMass. The Vols are 9-6-1 all-time against current FBS independent teams.

Saturday’s contest will be UT’s first game against an FBS independent team since a 41-21 loss to Notre Dame in South Bend, Indiana, on November 5th, 2005.

Both schools won their last football national championship in 1998. Tennessee defeated Florida State for the 1998 BCS title while UMass claimed the FCS (then Division I-AA) championship with a win over Georgia Southern.

Tennessee’s last game against a school from the state of Massachusetts was back in the 1993 Hall of Fame Bowl. The Vols defeated Boston College, 38-23, in Philip Fulmer’s first official game as head coach.

1967 National Champions To Be Honored Saturday

The 1967 National Champion Tennessee football team will be honored at the end of the first quarter on Saturday as part of the 50th anniversary reunion weekend for the team. The 1967 Volunteers fell to UCLA in the season opener before winning nine straight, including victories over Alabama, Auburn, LSU and Ole Miss.

UT finished No. 2 in the final polls and was selected as the national champion by Litkenhous. Led by Head Coach Dough Dickey, the Vols earned a berth in the Orange Bowl and also won the SEC Championship with a perfect 6-0 mark in conference.

For the third year in a row, the Tennessee Volunteers will team up with Curing Kids Cancer to promote that September is National Childhood Cancer Awareness Month during their game on September 23rd against the University of Massachusetts Minutemen.

Teams from across the country will wear helmet stickers and wristbands while coaches wear wristbands, gold whistles and lanyards to represent their support for pediatric cancer awareness. Many of these teams are not only spreading awareness, they are helping their local children’s hospital receive funds to better provide innovative treatment at its pediatric cancer center.

The campaign is becoming a staple for many of the teams as all of this year’s teams have participated before. Each team gives back on a national and local level by promoting childhood cancer awareness.

With support from ESPN GameDay commentator Lee Corso, “Mr. College Football” Tony Barnhart from the SEC Network and the “Head Ball Coach” Steve Spurrier the campaign has continued to grow.

Standout Vols Through First Quarter of 2017

Redshirt senior Trevor Daniel stands as one of the nation’s top punters, ranking eight nationally with a 46.8 average in 2017. Daniel’s 45.2 career average also ranks third among all active NCAA punters, regardless of division.

Sophomore linebacker Daniel Bituli is tied for 15th in the nation and ranks second in the SEC with 33 total tackles. His 11.0 tackles-per-game average is tied for 10th nationally.