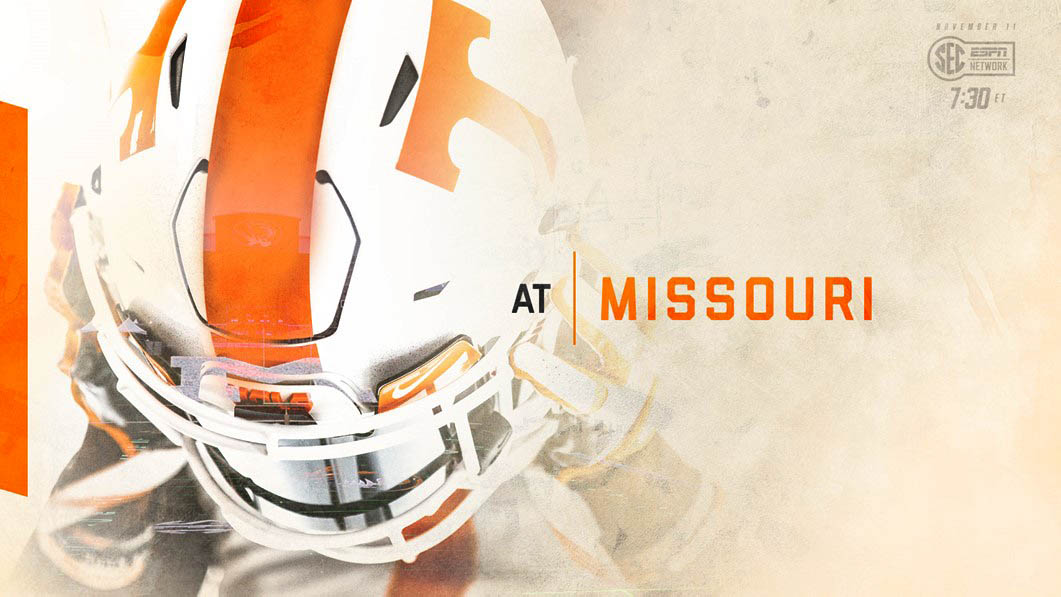 Knoxville, TN – Tennessee wraps its regular-season road schedule on Saturday when the Vols head to Columbia to play Missouri at Faurot Field at Memorial Stadium. The game will feature a 6:30pm CT kickoff on SEC Network. 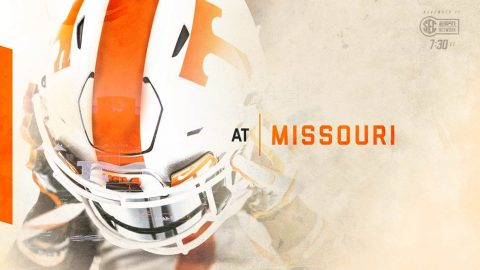 The UT defense forced two-big third-quarter turnovers – an interception by senior Emmanuel Moseley and a strip sack redshirt sophomore by Darrell Taylor – to control the game in the second half. Junior running back John Kelly rushed for two touchdowns in the win.

Missouri (4-5, 1-4 SEC) is coming off a 45-16 home win over Florida. The Tigers used a balanced attack and finished with 455 yards of offense. Junior quarterback Drew Lock finished 15-for-20 for 228 yards with three touchdowns and one interceptions. Freshman Larry Roundtree III rushed for 83 yards and three touchdowns.

Tennessee is 2-3 all-time against Missouri with both wins coming in the last two years. The Vols are 1-1 against the Tigers in Columbia.

In 2016, the Vols took a 63-37 win over Missouri in an offensive slugfest that featured Joshua Dobbs rushing for 190 yards and two touchdowns and throwing for 223 yards and three scores.

The first-ever meeting between Tennessee and Missouri in 2012 went to four overtimes and the Tigers came out with a 51-48 win in Knoxville. It tied for the third-longest game in UT history.

The Vols are allowing only 150.0 passing yards per game – tops in the SEC and No. 4 in the nation.

Missouri is averaging 314.9 passing yards per game, which ranks second in the SEC and 14th nationally.

Tigers quarterback Drew Lock leads the country with 31 touchdowns, but Missouri ranks last in the SEC and 118th in the nation in turnover margin (-9).

Smith Continues To Impress On O-Line

When Trey Smith started at left tackle against Southern Miss on November 4th, he became Tennessee true freshman to start at left tackle in at least the last 30 years. Smith totaled six pancakes and anchored an offensive line that featured a pair of redshirt freshmen who were making their first career starts in Ryan Johnson (right guard) and Devante Brooks (right tackle).

Smith is a frontrunner for Freshman All-America, All-SEC and All-America honors as he leads the Vols with 41 knockdowns. He is the second-highest grade Vol on the offensive line behind only senior Jashon Robertson.

Smith started the first eight games of the season at right guard. He enrolled at UT in the spring of 2017 and was the nation’s No.1 overall recruit in the class of 2017 according to ESPN.

Junior tailback John Kelly is one of just four players in the nation who leads his team in both rushing and receptions.

Redshirt senior punter Trevor Daniel is one of 78 final candidates for the Ray Guy Award, which is given to the nation’s top collegiate punter.

Through nine games this season, Daniel has 55 punts for 2,603 yards and a 47.3-yard average, which ranks second in the SEC and fourth in the nation. Daniel’s 22 punts inside opponents’ 20 and 27 punts of 50 or more yards lead the nation. His 22 punts inside the 20 also rank fourth among Power Five schools.

His 45.8-yard average is the best in Tennessee history and are tied for second active NCAA punters, regardless of division.