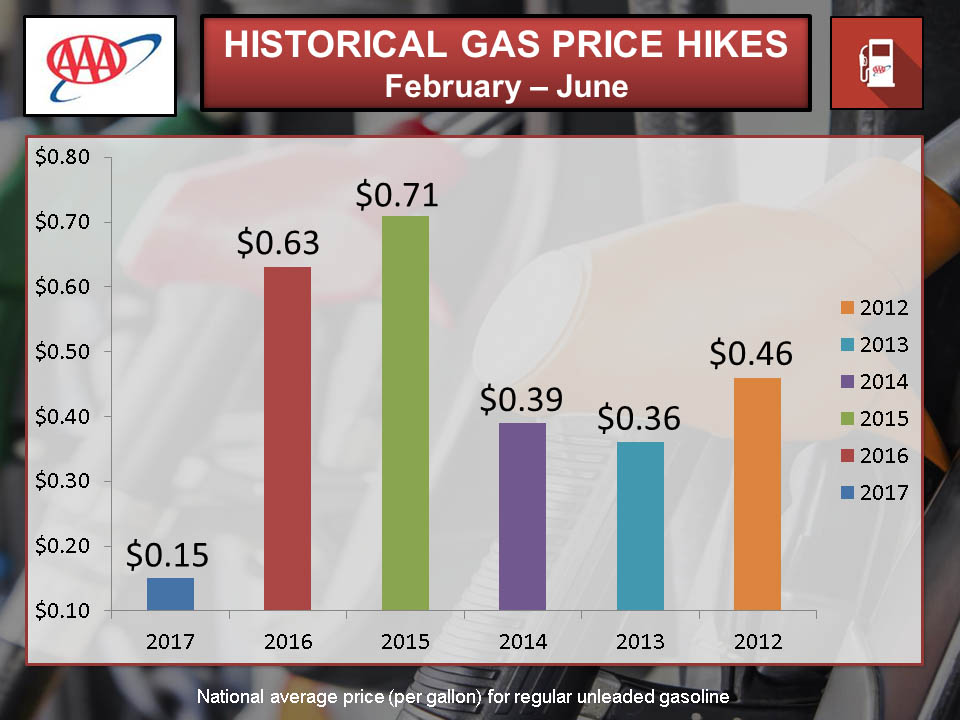 Nashville, TN – Tennessee Gas Prices steadily declined during the past couple of weeks, but that downward trend is likely coming to an end. Refineries are entering their seasonal maintenance period, which can place significant upward pressure on prices at the pump.

Historically, maintenance season has caused gas prices to jump 15-75 cents from February to June. Last year, pump prices only rose 15 cents during that time, because oil prices struggled to maintain strength. When gasoline jumped 60-70 cents in 2015 and ’16, oil had risen $15.00-$20.00 per barrel. 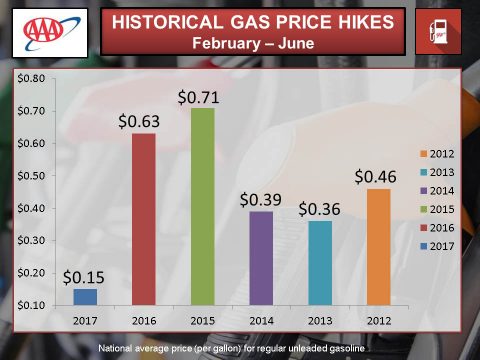 “Energy prices are rising again, which should signal the end for the steady slump at the pump,” said Mark Jenkins, spokesman, AAA – The Auto Club Group.

“Wholesale gasoline prices jumped last week, amid reports that refinery activity along the gulf coast is slowing down. This will make it more expensive for retailers to purchase gasoline, and that added expense will eventually be passed along to the consumer. Based on movements in the market last week, the short-term increase could amount to only a few cents, but motorists should expect a minimum total increase of 20-30 cents this spring,” Jenkins stated.

Gas prices for the month of February are their highest in four years. Tennessee gas prices declined during the past 19 consecutive days, for a total discount of 10 cents.

The state average of $2.31 is 3 cents less than a week ago and 7 cents less than last month. However, motorists are paying 24 cents per gallon more than this time last year – the difference of $4.00 for an average-sized tank of gasoline.

Crude oil prices regained strength last week after protests caused a large Libyan oil field shut down, and a bullish report was released from the Energy Information Administration. According to the weekly report, domestic oil production hung steady, while oil inventories declined a half percent.

The Auto Club Group (ACG) is the second largest AAA club in North America. ACG and its affiliates provide membership, insurance, financial services and travel offerings to over 9.4 million members across eleven states and two U.S. territories including Florida, Georgia, Iowa, Michigan, Nebraska, North Dakota, Tennessee, Wisconsin, Puerto Rico and the U.S. Virgin Islands; most of Illinois and Minnesota; and a portion of Indiana.