The first third of the Lady Govs’ schedule will be consumed by trips to Memphis, Missouri State and Alabama for pre-conference tournaments. The Lady Govs also will play single non-conference outings at Western Kentucky, Lipscomb and Middle Tennessee.

Austin Peay opens the regular season with four matches at the Memphis Invitational, August 24th-25th. The Lady Govs will meet host Memphis to start the season before contests against UALR, Eastern Michigan and Southern Illinois. Following the tournament, Austin Peay will travel to Western Kentucky, August 28th, for one of its four solo non-conference tilts.

The Lady Govs next competition is August 31st-September 1st at the adidas Invitational hosted by Missouri State in Springfield, MO. Austin Peay will meet Dayton and UALR in Friday action before facing Oral Roberts and Missouri State, Saturday. The Lady Govs then return to Tennessee to face Lipscomb in a September 4th contest in Nashville. 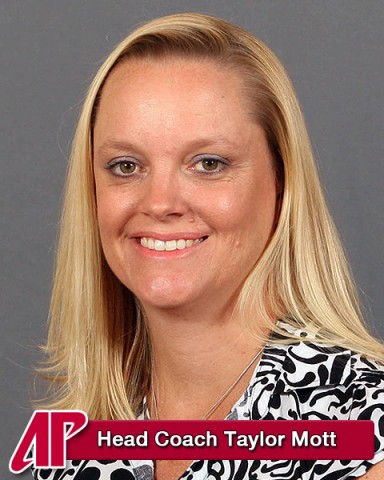 Austin Peay wraps up the tournament portion of its schedule with a trip to the Bama Bash, September 7th-8th, in Tuscaloosa, AL – the second consecutive season it has played in the tournament. The Lady Govs will meet East Tennessee, Alabama, Lamar and Alabama State in the four-match competition. Austin Peay again will return home and wrap up its season-opening 15-match road trip with a visit to Middle Tennessee, September 11th.

“Our preseason schedule offers a mix of quality opponents and winnable matches,” said Mott. “We return a core of experienced players who understand what we need to accomplish in the season’s first three weekends and I believe this schedule offers us the ability to hone our skills and have some early success.”

The Lady Govs will then take a 10-day break before beginning its 16-game Ohio Valley Conference schedule, which will feature a few new twists. First, Belmont officially joins the league as its newest member and begins play in all league sports. In addition, SIU Edwardsville becomes a full league member and will be eligible for postseason play for the first time.  With Belmont’s addition and the subsequent increase to 12 volleyball playing members, the OVC’s volleyball teams will be split into two divisions for only the second time in league history.

Austin Peay will compete in the league’s West Division and play home-and-home series against fellow divisional members Eastern Illinois, Murray State, SIU Edwardsville, Southeast Missouri and UT Martin. The Lady Govs will fill in the remainder of their 16-game OVC slate with one match against each of the East Division’s members. Jacksonville State, Morehead State and Tennessee Tech will visit the Dunn Center while APSU will travel to meet Belmont, Eastern Kentucky and Tennessee State.

“We will obviously look forward to our conference schedule,” said Mott. “In the short time I have had to acquaint myself with the league I have come to understand that the OVC has quality volleyball programs. I believe we will have to come ready to play every day in order to be successful and achieve our goals.”

Austin Peay will wrap up the regular-season portion of its schedule with a four-match home stand in November. UT Martin and Southeast Missouri visit in divisional matchups, November 2nd-3rd, before APSU hosts divisional travel partner Murray State in a Tuesday outing. An interdivisional matchup with Morehead State will conclude the regular season, November 10th.

The 2012 OVC Volleyball Championship will be played the following week over three days, November 15th-19th. With 12 volleyball playing members, the league announced the championship will expand to eight qualifying teams. Each divisional champion will receive an automatic berth into the tournament. The next six teams by winning percentage, regardless of division, will earn a berth. All eight teams will be seeded into the tournament by winning percentage, regardless of division.

Austin Peay was 4-6 against its fellow West Division teams in 2011 and 5-5 against the East Division. The Lady Govs did not play Belmont in 2011 and they will resume a series that was last played in 2008.