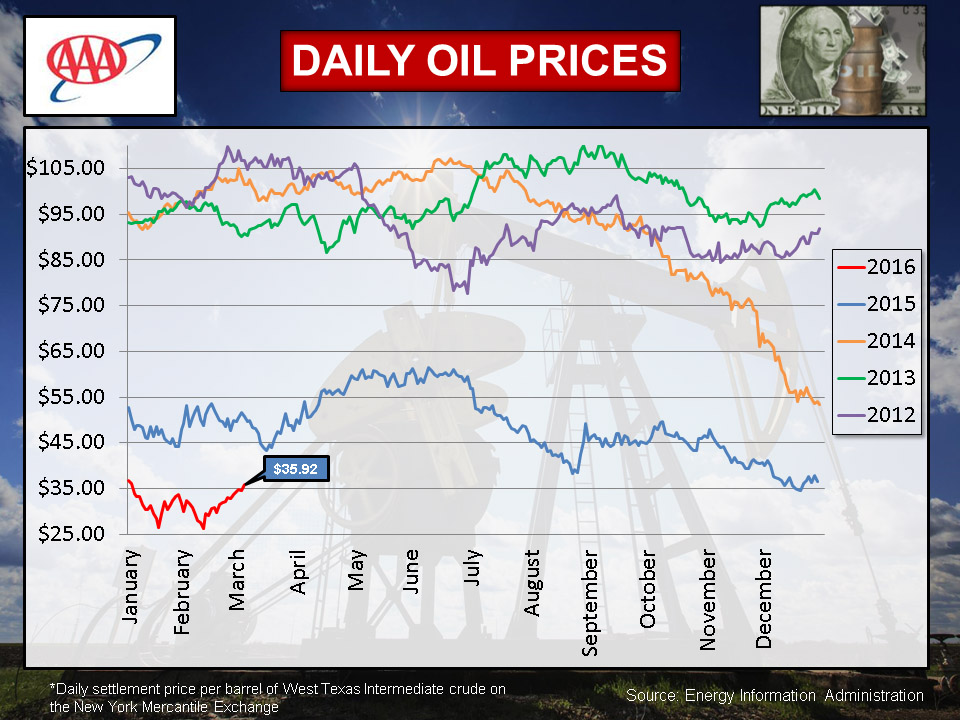 Tampa, FL – Motorists likely noticed an increase in prices at the pump last week. Gas prices are following their seasonal upward trend, increasing an average of 6 cents in the past week. The national average rose 11 days in a row – the longest streak of increases since May 2015 – for a total of 11 cents before leveling-out on Sunday. 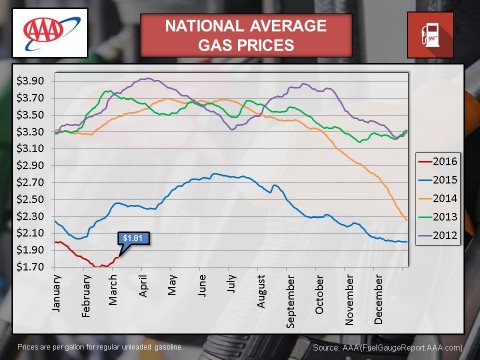 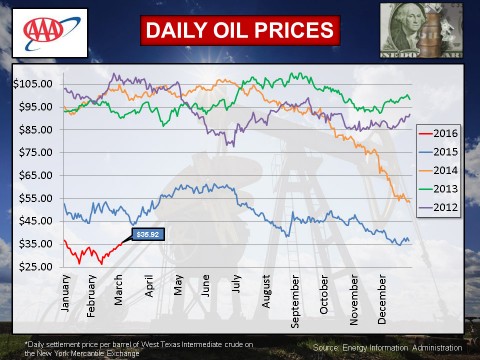 Talks of a potential meeting between production countries, to discuss a freeze in oil production, continues to impact global oil prices. Skepticism remains around the impact of this plan to help bring global supply and demand into balance, largely due to a number of the countries involved being reliant on oil revenues to support national operations and social programs.

However, the price of oil rose last week as the oil industry makes production cuts in response to lost profits. Domestic oil production is down 1-percent from a week ago, and 3 percent lower than this time last year.