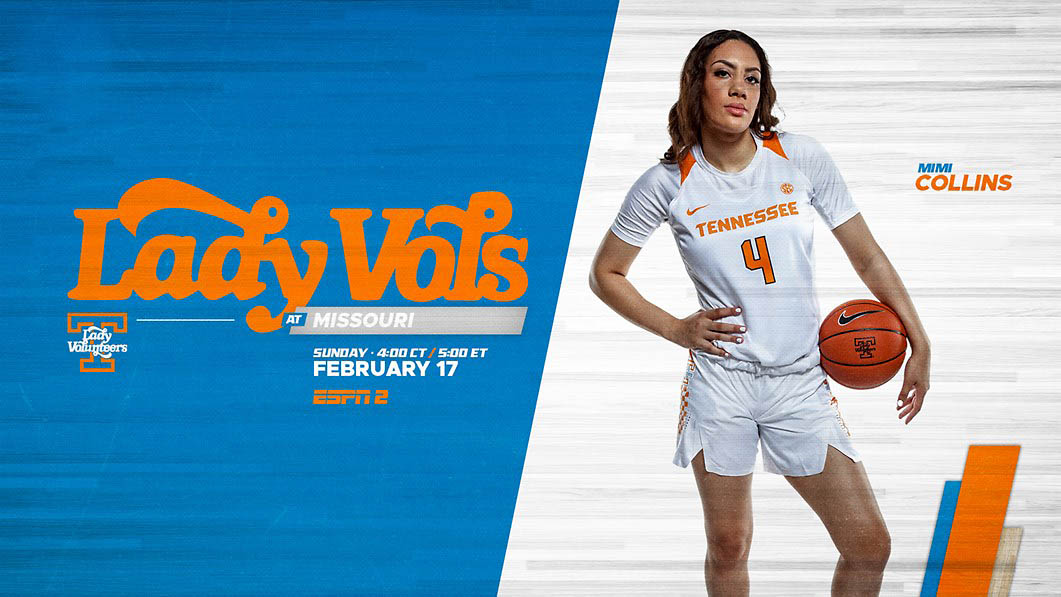 Including this match-up, the Lady Vols have five contests remaining during the regular season. Two are at home (South Carolina, Vanderbilt) and three are away (Missouri, Texas A&M, Ole Miss). UT is in the midst of a five-game stint where it plays four of those contests on the road. The final game of that set comes next Thursday when UT is at Texas A&M. 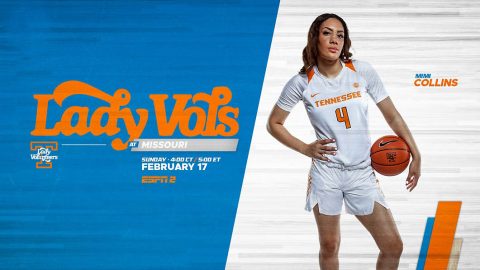 The Lady Vols enter this contest having won four of their past five games, including victories over LSU, Florida, Vanderbilt and Auburn.

The loss was at Mississippi State on February 10th. UT claimed a season sweep over Auburn on Thursday night in Knoxville, grabbing a Valentine’s Day win over the Tigers, 73-62.

Mizzou, which is receiving votes in both polls, is coming off a massive upset over No. 5/5 Mississippi State in Starkville. The Tigers’ 75-67 win snapped a 30-game MSU home win streak and a 26-game SEC regular season spree. The Bulldogs had last lost on their home court on February 26th, 2017, to Tennessee. The Tigers have won three straight after suffering a spell where they dropped three of four.

Missouri won the first match-up this season between these teams, defeating the (then) No. 10/10 Lady Vols, 66-64, on January 6th in UT’s home SEC opener. Interestingly enough, UT is facing Mizzou right after beating Auburn, just as it did back on January 6th.

Paul Sunderland (play-by-play) and Steffi Sorensen (analyst) will have the call for the ESPN2 broadcast.

The Lady Vols hold an 8-3 all-time record vs. Missouri, dating back to January 14th, 1978, but the Tigers have won two straight in the series.

Against Missouri, the Lady Vols are 4-1 in games played in Knoxville, 1-0 in neutral sites, and 3-2 in Columbia.

Holly Warlick is 5-3 in the series vs. Missouri, possessing a 3-1 record in Knoxville and 2-2 mark in Columbia vs. Robin Pingeton’s squad.

The two times UT has surrendered more than 70 points in the series during the Warlick era, the Lady Vols have dropped both contests. Both were in Columbia, including one last season.

In games played in Columbia since the Tigers joined the SEC, UT holds a 65.8 to 65.5 edge in scoring.

The past two meetings between these schools have resulted in a four-point game in Columbia in 2018 (77-73) and a two-point differential in Knoxville in 2019 (66-64), with the Tigers earning victories each time.

Davis and Westbrook each scored 16 vs. Mizzou in January and tallied nine each in last season’s meeting. Cheridene Green had 13 points, 14 rebounds in January vs. the Tigers.

Senior forward Cheridene Green continues to step up, pulling down double-figure totals in rebounds in eight of her past 11 contests after grabbing 11 vs. Auburn.

Freshman Zaay Green has averaged 12.0 ppg. over the past five contests, scoring a career-high 25 vs. Auburn and yanking down a career-high-tying 11 boards vs. Vandy.

Over the long haul, UT has demonstrated that its rebounding is its most consistent strength. The Lady Vols have out-rebounded 20 of 24 opponents, with only Texas, Stanford, Notre Dame and Mississippi State topping the Big Orange.

The Lady Vols have hit .804 from the line over their last five games.

With five assists vs. Auburn, Evina Westbrook dished five or more dimes in a contest for the 15th time this year. She now has 122 on the season after totaling 143 as a freshman a year ago in 33 games.

Freshman guard Zaay Green logged 19 of her career-high 25 points in the second half, powering the Tennessee Lady Vols past Auburn, 73-62, at Thompson-Boling Arena on Thursday night.

The Lady Vols recorded their third-straight home win, as the duo of senior Cheridene Green (16 points and 11 rebounds) and sophomore Rennia Davis (15 points and 10 rebounds) each tallied double-doubles on the evening. Sophomore Evina Westbrook, meanwhile, dished out 10 assists and added nine points and five rebounds in the victory.

Junior guard Daisa Alexander led Auburn with 22 points. Sophomore Unique Thompson paced the Tigers on the boards with a double-double of 12 points and 13 rebounds, while Janiah McKay also chipped in 12 points.

Missouri welcomed back 10 letterwinners, including three starters from last year’s squad. Another letterwinner/starter, Cierra Porter rejoined the program midway through the year after initially retiring from basketball following the 2017-18 season.

Among the returnees is senior guard Sophie Cunningham, a three-time All-SEC selection who is averaging 17.4 ppg. and 6.0 rpg.

Last season, Missouri went 24-8 overall and finished tied with UT in fourth place in the SEC at 11-5.

The Tigers fell in the first round of the NCAA Tournament to Florida Gulf Coast, 80-70.

In addition to having Sophie Cunningham on the All-SEC Team, Mizzou had Jordan Frericks earning second-team accolades.

Senior guard Sophie Cunningham produced her sixth 20-point game in the last eight contests, and her 12th of the season with 24 points on 4-for-9 shooting from three and 4-for-4 shooting from the free throw line.

No. 10/10 Tennessee was edged out by Missouri, 66-64, in its SEC home opener on January 6th at Thompson-Boling Arena.

Tennessee trailed by five points with less than 90 seconds remaining but fought back and had a shot to tie at the buzzer. Rennia Davis’ runner in the lane fell short.

Davis and Evina Westbrook led the way for Tennessee (12-2, 1-1 SEC) with 16 points each. Cheridene Green finished with 13 points and 14 rebounds, her second double-double of the season and a (then) career-high mark on the boards.

UT overcame a 13-point second-quarter deficit and worked the game into a 62-62 tie with 5:18 remaining. However, the Tigers (22-5, 10-4 SEC) used clutch free-throw shooting down the stretch to pull ahead late, including two from Sophie Cunningham with one second remaining that put them ahead by four. Cunningham netted 32 points on 9-of-14 shooting to lead Missouri.

The Tennessee Lady Vols are back on the road again on Thursday, February 21st playing at No. 22/23 Texas A&M. Tip is slated for 8:02pm CT (9:02pm ET) in a game that will be carried by the SEC Network.