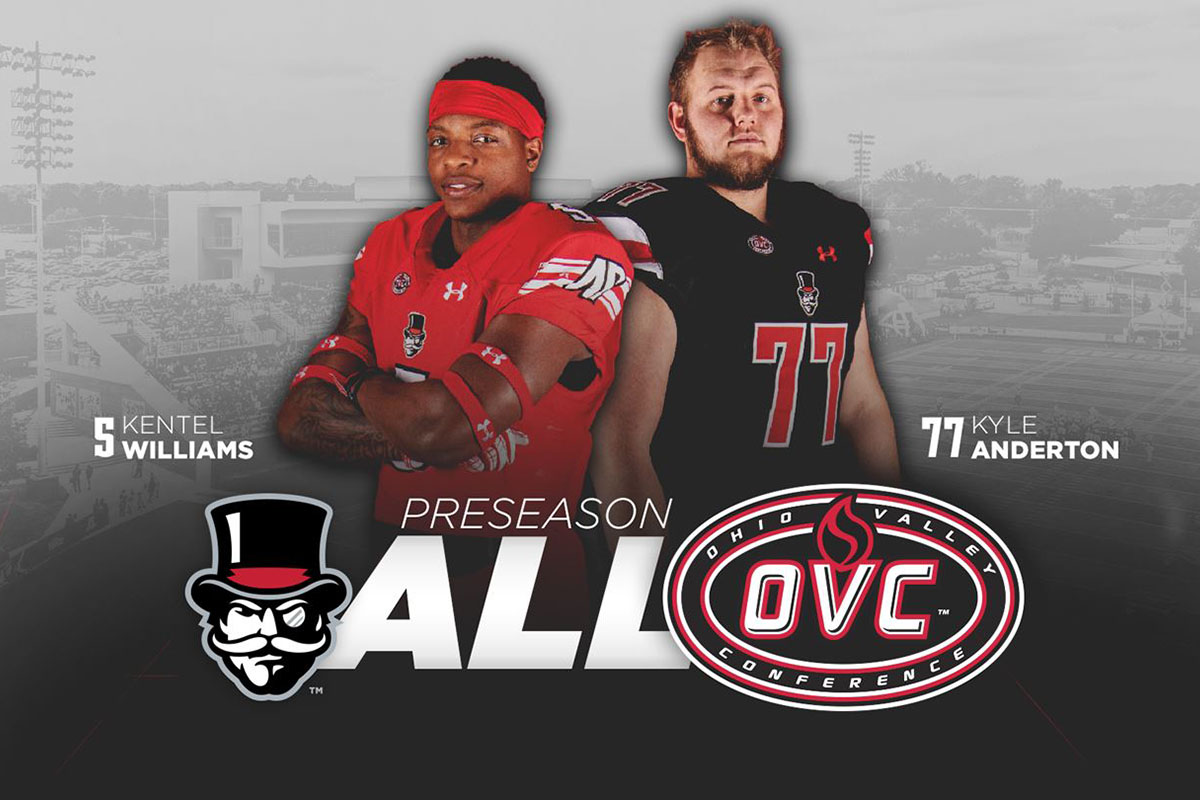 Williams earns his first career Preseason All-OVC selection after being named First-Team All-OVC in 2018 when he led the FCS with a 7.99 yards per carry average. 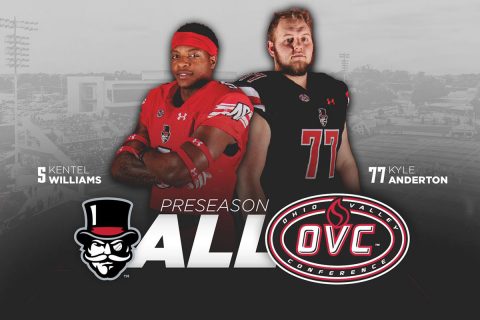 He finished third nationally in all-purpose yards per game, averaging 167.78 per contest, which helped him garner Third-Team All-America honors from the Associated Press as an all-purpose back.

Not only did Williams lead the Govs in 2018 with 831 yards rushing and seven touchdowns, he also led the OVC with 547 kickoff return yards to go along with 127 yards receiving and a touchdown. His 1,510 all-purpose yards was the sixth-highest single-season total in Austin Peay history.

Anderton earned Preseason All-OVC honors for the second straight season after being a Second-Team All-OVC selection in 2017. He entered the 2018 season as the starter at left tackle, but only played in the season’s first four games due to injury and used the new redshirt rule to return in 2019.

After manning the left tackle spot for all 12 games in 2017, Anderton helped the Govs to the highest single-season yardage total in program history. He played a key role in last season’s 78-point outburst at Morehead State in which the Govs set an OVC record for most points against a Division I opponent.

The Govs kick off the 2019 campaign at home, Thursday, August 29th against North Carolina Central in the first Thursday home game for the program since taking on then-No. 4 Eastern Illinois in October of 2013. For the first time since 2003, the Govs will host six home contests, highlighted by games against the OVC’s two FCS Playoff participants last season – Jacksonville State and Southeast Missouri – as the first two home conference games, slated for September 28th and October 12th, respectively.

The Austin Peay ticket office is now accepting new ticket inquiries for the 2019 season, with changes to the Fortera Stadium seating chart set for this season. The east side of the stadium (Sections J-P) will be the Red Zone housing all general admission seating. The west side of the stadium will be reserved seating along with student seating in sections E-H.

Please contact Katie Locke at 931.221.7224 or with questions related to the Monocle Society and the donor benefits structure. Monocle Society donations can also be made through Austin Peay’s Glitnir Ticketing System at www.LetsGoPeay.com/BuyTickets