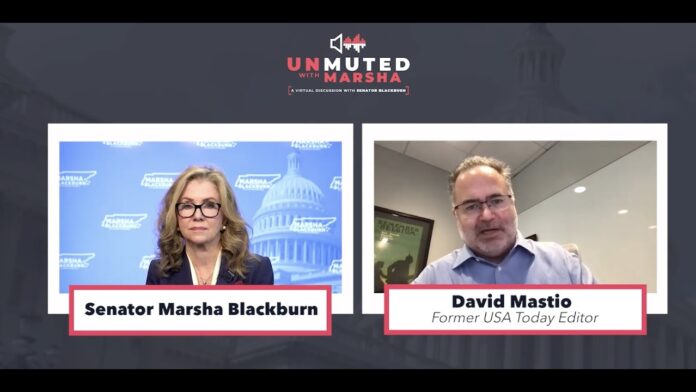 Washington, D.C. – From Beale Street to Music Row to the hills of East Tennessee, our state’s thriving arts community has made its mark. The historic success of musicians, performers, and songwriters in the Volunteer State is in part due to strong copyright protections.

In Congress, I’ve led the bipartisan fight to protect creative IP and make sure our singer-songwriters are properly compensated for their hard work and talent. As AWF v. Goldsmith heads to the Supreme Court, my amicus brief urges the Justices to protect intellectual property rights so that Tennessee creators can continue to thrive.

As a member of the Senate Armed Services Committee, I fought to ensure our brilliant researchers at Vanderbilt could work alongside their peers at Fort Campbell and other military installations to develop next-generation technology that assists our servicemembers on and off the battlefield. Last week, I visited Vanderbilt to talk about how the Army Futures Command Partnership and Pathfinder Air Assault Program are critical to empowering our servicemembers and ensuring they have the best defense capabilities to combat Communist China and the New Axis of Evil.

During the pandemic, many students were issued taxpayer-funded computers and tablets when schools shifted online. The problem? Many schools did not implement basic protections to keep children safe online from predators and Big Tech companies. We owe it to parents and their kids to ensure that these covered laptops and tablets live up to the commonsense protections already enshrined in law. I joined FCC Commissioner Brendan Carr in sending a letter to the agency in charge to make certain they have the proper safeguards in place. Read more in our joint op-ed.

Business is booming in Tennessee. This week, I spoke with community leaders in Johnson, Sullivan, Carter, Washington, Unicoi, Greene, Cocke, Jefferson, Sevier, Blount, and Loudon counties about partnering to foster workforce development to keep up with our state’s growing economy. To do that, we must stop Washington’s reckless spending. Tennesseans are troubled by the latest passage of a $739 billion spending package, which includes funding for 87,000 new IRS agents. The Build Back Broke plan will only increase taxes and devastate Main Street America.

It was wonderful to be among so many talented young leaders at the 7th Annual FFA Ham Breakfast. These students are developing critical skills that set them up for future success in agriculture and beyond.