Austin Peay State University President Timothy Hall made an announcement Thursday that weighs heavily on the minds of all involved with the University. The Tennessee Board of Regents voted to increase tuition at five of Tennessee’s institutions for higher education by six percent in response to the State government reducing funding by that amount. At first glance this does not seem to be a huge hike as the dollar amount of the increase at APSU is no more than $313.08. What is worse, however, is that even with the tuition increase, Austin Peay is left with a budget deficit to the tune of $600,000, according to President Hall.

President Hall took the time to personally communicate both the increase and his plan for making up the remaining budget shortfall to all of APSU’s students. In his plan, the budget for instruction is to be held sacred and remain untouched. Similarly, the President hopes to avoid cutting any teaching positions, filled or vacant (for the purposes of the budget, money is allocated as if these positions will be filled), another erstwhile goal. Unfortunately, this leaves two areas that will receive big cuts, maintenance and operations, two areas in which Austin Peay has already been struggling in recent years to meet needs. Announcements of various service interruptions in things such as water, electricity, or heat and air due to failure of campus infrastructure are common enough that students expect those emails.

However, President Hall isn’t at fault here. As much as he can do, he does not have control over how the Tennessee Legislature appropriates funding, and he is simply doing the best he can to compensate for their bad decision making. The figures on pork spending for this session aren’t in yet, but looking at last year’s expenditures reveals more than 260 million dollars in spending that is questionable at best, and an amount that is more than enough to cover the shortfalls in essential budgetary items. 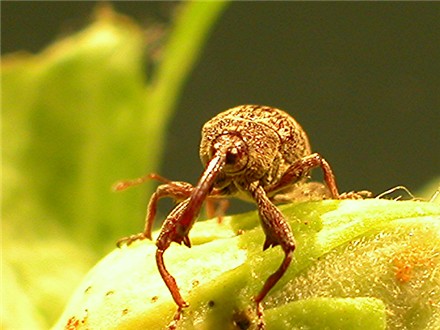 Top on the list is Boll Weevil eradication, yes, you heard right. Fiscal year 2007-2008 (that’s last year) featured 6.5 million dollars to combat the little buggers. Yes, they don’t do very much for cotton crops, but according to most estimates there are less than 9,000 of the quarter inch long insects alive in the state in total, meaning taxpayers are spending $730 dollars per insect to attempt to kill them. The kicker, the Boll Weevil population has been stable for roughly a decade. Fortunately, its biggest proponent, Senator Wilder (who coincidentally was president of the Tennessee Cotton Ginner Association in the past and still owns Longtown Gin and Supply Co.) has gone the way of the dodo in the Senate. Hopefully this abysmal waste of resources goes with him. 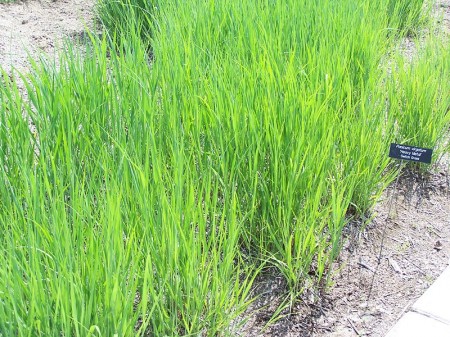 Next up, 70 million dollars over five years (12.2 million dollars per year) to pay farmers to grow switch grass (a type of prairie grass that most farmers would call a weed) instead of corn to produce ethanol. Before the environmentalist nut-jobs start pointing out this is investing in alternative energy, let’s take a look at something. Ethanol is NOT, I’ll repeat NOT, a viable alternative to gasoline. For starters, ethanol is more expensive to make than gasoline, period, end of story, not changing in the near future, which means it WILL cost more per gallon that gasoline. Second, ethanol contains approximately 30% less energy than gasoline per unit volume. This translates to the Ford Focus at 29 miles to a gallon on gasoline achieving only 20 miles per gallon on ethanol, meaning you have to buy and burn more ethanol to go the same distance. That leads to point number 3, biofuels made from Switch grass grown on land intended for corn production (a staple crop in Tennessee by the way, and a highly profitable one) leads to a 50% increase in carbon emissions as compared to growing the corn and using the gasoline instead. Point 4, this also makes no economic sense. According to the United Nations there is a global shortage of staple food grains including corn. So, instead of growing corn, which could be sold on the world market to help such a shortage, Tennessee wants its farmers to cease corn production (exacerbating the shortage) and grow economically unviable (if it was profitable on its own, why would we pay them?) switch grass. Axing this alone would cover almost the entire budget cut that the TBR system raised tuition to cover.

Corruption also rears its ugly head in Tennessee, at least last year. Rep. Janis Sontany (D-Nashville), put in for $52,000 in earmarks to various organizations, she sits on the board for all of them. She also sent $10,000 to Seth Norman’s drug court. He provided her with generous campaign donations. Rep. Mary Pruitt (D-Nashville) set aside $55,000 for a group she helped found, plus she’s an ex-officio board member. Rep. Barbara Cooper asked for $61,000 for organizations that her own campaign claims she is a key member of.Rep. Joe Towns (D-Memphis) pushed for $10,000 for his college fraternity (which is even more suspect and worthless than the previous examples). This doesn’t even begin to include kickbacks given because of friendship or political contributions.

Speaking of corruption, how about how legislators have been using their general office funds (taxpayer funded general fund that is meant to cover things like paper, printer cartridges, schoolhouse flags, etc) to pay for their campaigns. Again, Rep. Towns takes the cake for the most egregious offender, spending $2,251 to send out campaign newsletters. At least four other legislators have done so. Legislators are also very fond of abusing their Per Diem allowances. House Speaker Pro-Tempore Lois DeBerry (D-Memphis), Lt. Governor Ron Ramsey (R-Blountville), and the Mister Speaker Jimmy Naifeh (D-Covington) all billed the state for more than $30,000 in Per Diem. All three of them billed the state for a trip to China. Speaker Pro-Temp DeBerry billed the state a total of $31,967 with 14 out of state trips. That is, she billed the state for her full allowance for 199 days. That’s far longer than the legislature is supposed to be in session, by about 109 days, actually. Just what were the taxpayers funding on those extra days exactly? Sen. Doug Jackson (D-Dickson) and Rep. Towns both claimed more than $25,000 is Per Diem. In total 22 legislators claimed more in Per Diem than their $18,123 base salary (Speaker Naifeh has a base salary of 3 times that, by the way and he was still in the top 3 for Per Diem billing). Speaking of outrageous though, how about Reps. Sherry Jones and Brenda Gilmore (both D-Nashville) who live less than 10 miles from their offices at legislative plaza and still claimed better than $22,000 in Per Diem allowances. These ladies sleep in their own homes every night, so how they managed to spend $22,000 on room and board traveling to Nashville will forever remain a mystery.

Also, cronyism is alive and well in Bredesen’s administration. State employees received a 3% raise last year; Bredesen’s cabinet received raises that averaged 23%, for not doing their jobs. DCS failed to investigate child deaths in a timely manner, then failed and refused to share the findings with prosecutors and judges. The commissioner received a 63% pay raise. Economic Development failed to collect final reports on over $865,000 worth of grants. Are we rewarding good service, or handing out bones here?

On loose ends in parks and recreation, the state lost over 1.4 million dollars on golf courses, $500,000 on a feasibility study of making a “fishing trail” and “stocking it with fish.” Grant, on a technicality, most parks cost the state money for no profit, but the golf courses charge for use and are supposed to be self sustaining. Only two of the fourteen courses were self sustaining, the two located in urban areas. The other 12 scattered across rural Tennessee in such odd places and Chester County lost money at insane rates. As for the fishing trail idea, the feasibility study is half a million, wagers are open for how much the actual project, the environmental impact studies, continual stocking expenses, etc will cost the state, for no apparent reason.

Another odd project is the resurrection of the Tennessee River ferry between Houston and Benton counties. It cost the state 1.2 million dollars to put the service in operation again, and costs approximately $1,380 per day to operate. Twenty-three people per day pay $.87 to make use of it, meaning the taxpayers are subsidizing 98% of each passenger’s fare (if one were to charge those 23 people the $59 and change their tickets would need to cost to equal the cost of running the service) for something that 99.99… of the people in this state will never hear of, much less use.

This brief rundown cannot even begin to account for every piece of unneeded spending in Tennessee. The lavish and decadent spending at the Governor’s mansion remains, the so-called obligatory spending on the abysmal socialist failure that is TennCare remains unchecked, and there is still no guarantee that money legitimately and wisely appropriated to different agencies was spent wisely or well, or will be in the coming fiscal year. Perhaps instead of asking for hard decisions on spending cuts, Governor Bredesen and the General Assembly should look to remove some of these outrageous and unneeded items of spending first that no one will notice or miss.

James Butlerhttp://
James Butler is a student at Austin Peay State University pursuing a double major in both Chemistry and French. On campus he is particularly active with the Gay Straight Alliance and also somewhat less so with the AP Playhouse. Politically, he is often described as a libertarian, although he would personally affiliate himself with Ayn Rand's philosophy of Objectivism.
RELATED ARTICLES
News