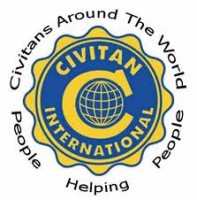 For the over 100 years  the Lone Oak Community in Southern Montgomery County Tennessee have gathered together each year to hear from political hopefuls before the August election.  In addition to the political speeches attendees enjoy delicious barbecue, a beauty contest, and live music. But most importantly of all this is a event that binds the community together. The musical acts featured included the Ward Family and the Yours Truly family singing Gospel music.

Elected officials who have attended or supported the Lone Oak Picnic this year included:

Due to other obligations earlier in the day we arrived shortly after 1:00pm, and as such missed many of the political speeches.  However we were able to visit with the candidates who were still on hand including:

The event has been sponsored by the Central Civitan Club since 1975. They use the money raised to support scouting in our community, to provide financial assistance to burn out victims, and to support education through scholarships and funding educational  and extracurricular activites at the Southern  Montgomery County Schools.  The sponsorship of the Lone Oak Picnic is just one of the way the club raises funds to support their many charitable projects.