Clarksville, TN – Austin Peay State University has narrowed its search for a new athletics director down to five strong candidates, and the University will begin interviewing the first two candidates on campus next week.

APSU began looking for a new AD in April when Coach Dave Loos stepped down from that position after 16 successful years. Loos remains the head coach for the men’s basketball program.

After an extensive national search, the University is bringing in the following five individuals for interviews:

On Monday, May 20th, the first candidate, Pope, will visit APSU for a full day of interviews. The University will host an open session with Pope at 4:00pm in the Dunn Center Football Suite, room 227.

On Thursday, May 24th, Lansden will be on campus to meet with University officials. An open session will also be held with him at 4:00pm in room 227. The public and local media are invited to attend both of those sessions.

APSU is still in the process of finalizing the schedules for on-campus interviews with the other candidates. When those dates are set, the University will also host open sessions, allowing the public to meet with those individuals.

“I’m proud that our University is able to attract such talented individuals from across both the state and the nation,” APSU President Tim Hall said. “These candidates know what our athletic programs are capable of achieving, and our new director will help usher in a new era of success at APSU.”

That new era will include needed renovations to a few of the University’s key athletic facilities. After the 2013 football season concludes next fall, the home side of Governors Stadium will be demolished. A brand new $16.9 million facility, with state-of-the-art player amenities and corporate suites, will greet the Govs when the 2014 season opens.

By next season, the Dunn Center arena will have just its third scoreboard since the facility was constructed. In addition, new LED tables will replace the current tables, allowing more professional signage display. 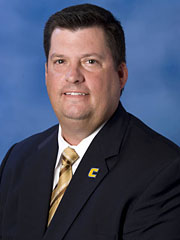 Matthew Pope is the senior associate athletic director at the University of Tennessee at Chattanooga. That program oversees a 310 student athletes in 17 athletic programs and an annual budget of $14 million.

Pope earned his Bachelor of Arts in Physical Education and his Master of Arts in Sports Administration from the University of North Carolina at Chapel Hill. Throughout his 20-year career in Intercollegiate Athletics, he has served as athletic business manager for the University of Arkansas at Little Rock, associate athletic director for business affairs at Western Kentucky University, athletic business accounting technician at UNC and several administrative positions at UTC. 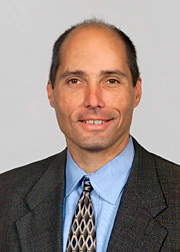 Bill Lansden is associate athletic director for Athletics Development at the University of Memphis. That program oversees 425 student athletes in 19 athletic programs and an annual budget of $41 million.

Lansden earned his Bachelor of Arts in Business Administration at Rhodes College, where he was a 4-year Football Letter winner and team captain. He earned his Master of Science in Sports Administration from Georgia State University. During his 17-year career in Intercollegiate Athletics, he served as marketing coordinator for the FedEx – St. Jude Classic, associate athletic director for external operations at Middle Tennessee State University and directed a $10 million “Vision for Victory” football campaign at the University of Memphis. 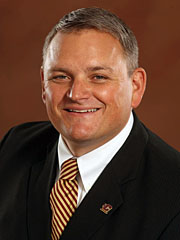 He earned both his Bachelor of Science in Journalism and Political Science and his Master of Science in Administration from Central Michigan University. During his 15 years of professional experience in Intercollegiate Athletics, he has chaired a $22 million University Event Center Committee for a CMU basketball arena and fitness center, negotiated all-sport apparel and equipment agreement with Adidas and reorganized a $5 million model for Grant-in-Aid Scholarship program. 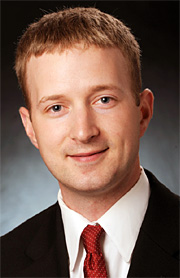 Chad W. Kimmel is managing group leader-major gifts for the Department of Intercollegiate Athletics at the University of Wisconsin. That program is part of the Big Ten Conference, with several athletic programs – including basketball and football – winning conference titles over the years.

Julio Freire is senior associate athletics director for the University of Nevada, Las Vegas. It is a NCAA Division I program that participates in the Mountain West Conference and its programs have won several national championships.

For more information on the University’s AD search, please contact the APSU Office of Public Relations and Marketing at 931.221.7459.