Clarksville, TN – If you know me, you know I’ve recently bought a motorcycle. Late last year I became the proud owner of a Harley-Davidson Street Glide Special.

Now, if you’re a biker, you know how I feel, if you’re not, then don’t wait any longer to answer the call of the open road. You only live once so don’t put it off. If you’ve wanted it, go get it.  You won’t regret it.

This journey began when I was asked to meet a friend at my local Harley dealership to pick him up for lunch.  When I arrived, they were wheeling out his bike and I said, “you own a Harley?”  He said, “sure, everybody you know has one.”  So after he named about seven or eight mutual friends, all about my age, I thought, “wow, what have I been missing?”

When I was younger I owned a Suzuki 750.  It was an impulse buy from a client of mine and to say my wife wasn’t real happy would be an understatement. Oh it wasn’t because she thought it was dangerous, it was because we couldn’t afford it.

I kept it for a couple of years, riding around town, back and forth to Nashville for work, nothing extravagant,  then one day while riding back down Highway 48, I was run off the road by a semi truck.  When I came to rest, I was in the middle of a cow pasture, bike on it’s side, and my heart about to pound out of my chest. 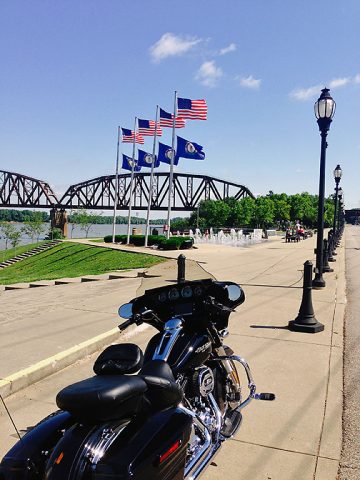 The bike was for sale the next day.

After I realized that I could be missing the “outlet” I needed since retiring, I began to research motorcycles, specifically, the Harley Davidson experience.  I spent untold hours watching videos and reading blogs about motorcycles.  The different models, features, accessories, how to ride, how to pack, how to buy and so on.

So a visit to my local dealership brought me face to face with the owner who suggested that I take the safety course to see if I still had the skills to handle the bike.  After completing the course, I was convinced that age had not diminished my ability to handle an 800 pound motorcycle.

After visiting several Harley dealerships, and test riding about 20 different models, I settled on the one for me.

That was December of last year and to date, I’ve logged over 18,000 miles.

My first trip was to Texas.  It took two days, and about nine hours per day, and it was magnificent!  My friend and mentor, David Walker, took me out into the Texas back country for endless miles of riding and endless hours of joy and exhilaration.  I’ve never had so much fun. When I got back home to Tennessee, I couldn’t wait to do it again. 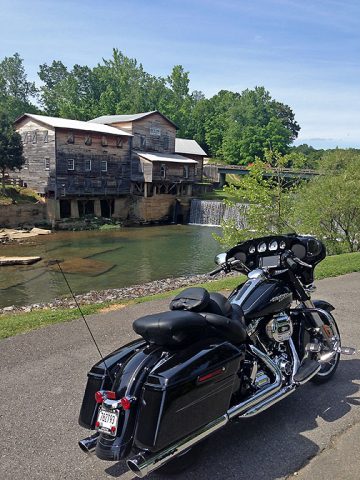 I share my experience on social media and since I have, I’ve connected with people I NEVER knew owned a motorcycle and the bond is immediate.  This motorcycle brought me together with people I had lost touch with.  It’s rekindled friendships from people I haven’t interacted with in years, and certainly has forged new relationships that have been amazing.  Every time I meet another biker, we’re friends automatically.  It’s a bond.  It’s unspoken.

So here are a few things I’ve learned since I bought my bike:

They’re heavy and when they start to “drop” they’re going to drop, so don’t try to stop it, just let it go.

Gravel is not your friend.

Everybody I meet has a story of someone who was killed on a motorcycle. (I think it’s their way of telling me they love me).

They attract a LOT of attention, but unfortunately, not enough attention from other motorists.

Children are amazed by them and want to touch them.

Old men stare at them and relive the days “when I used to ride.”

When it rains, you had better have rain gear.

When it rains, the asphalt is NOT your friend.

If you don’t pay attention, you could get hurt REAL FAST.

Motorists are not your friend.

The best ride I’ve been on so far was a recent trip through the Great Smokey Mountains.  While traveling with my dear Texas friends, I experienced some of the most beautiful scenery, and amazing curves and turns. The sights and sounds were breathtaking like nothing I’ve ever experienced . It was a communion with nature and a talk with God.

You have a lot of talks with God when you’re riding a Harley. 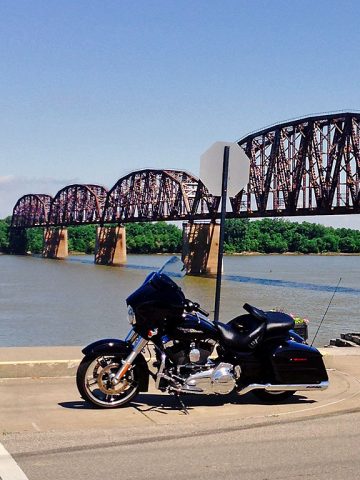 Now I haven’t had any close calls, or near death experiences so far (knock on wood), but I know they could happen.  It is risky to ride a motorcycle, especially on the interstate with so much traffic and trucks, and cell phones.

I ride as if NOBODY see’s me and everybody is on their phone, which they are, so I’m prepared to react on a moment’s notice. I ride aggressive, but smart. I can anticipate what most motorists are going to do and I love it.

It’s so boring to drive a car now.

My next trip is coming next week, where I plan to ride the Ozarks from Eminence Missouri,  featuring five of the most amazing motorcycle routes you can travel.  I will be staying at the fabulous, The River’s Edge Resort, and I can’t wait.

Clear flowing rivers and creeks.  Canoeing, rafting, fishing and biking. It’s going to be so peaceful and serene, I can’t wait.

So if you’ve ever wanted to own a motorcycle, then you should own one. You weren’t put here to pay bills and die.  Live a little.  Answer the voice inside you that tells you, it’s time to ride.

I bought my bike to ride.  I want to see things I would never see from my car. I want to push myself in ways I never knew I could.

Remember, you never see a motorcycle parked in front of a therapist’s office.

Hank Bonecutterhttp://www.clarksvillesmotorcycle.com/
Hank Bonecutter is a retired broadcaster and media consultant based in Clarksville, Tennessee. His career includes stints at WKDA/WKDF and WKQB Rock 106FM, WLAC-AM in Nashville. He concluded his career as owner/talk show host at WJZM-AM in Clarksville. Currently the President of Bonehead Promotions, he's an advertising consultant and media strategist. An avid motorcyclist, Hank blogs about his travels exclusively at www.clarksvillemotorcycle.com and www.clarksvilleonline.com You can follow Hank on on Facebook at https://www.facebook.com/dodgintheroadkill/, on Twitter at https://twitter.com/?lang=en, and Instagram https://www.instagram.com/dodgetheroadkill/?hl=en
RELATED ARTICLES
Opinion