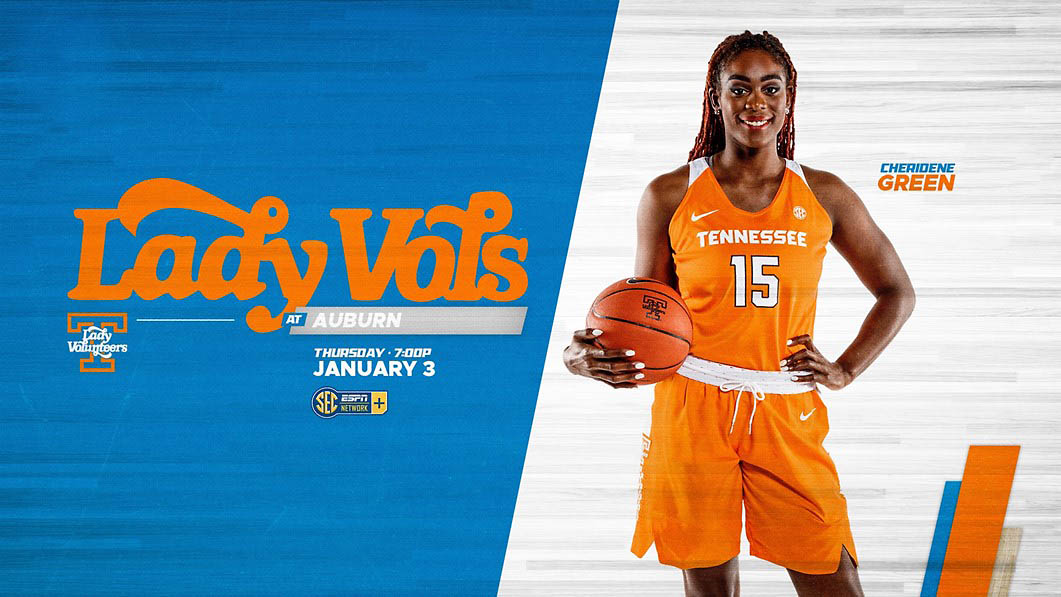 Knoxville, TN –  No. 10/10 Tennessee (11-1) heads out on the road to open SEC play on Thursday night, paying a visit to an Auburn team that is 12-1 and undefeated in six home games this season. Tip-off is slated for 6:02pm CT (7:02pm ET) at Auburn Arena, with the game available on SECN+ and the Lady Vol Radio Network.

The Lady Vols, who closed out a four-game home stand with an 84-76 victory over Belmont on Sunday afternoon, are 2-0 in true road games and 4-0 away from Knoxville this season, including a pair of neutral site victories. Tennessee won at Oklahoma State and No. 12/12 Texas and defeated Clemson and UAB at the Junkanoo Jam in Bimini, Bahamas, earlier this season. 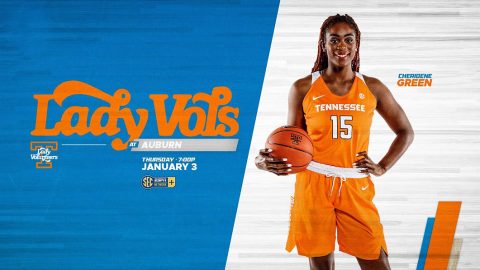 UT enters on a three-game winning streak after losing its only game on December 18th, a 95-85 setback to No. 8/9 Stanford in Knoxville. Auburn, meanwhile, rides a nine-game winning streak into Thursday night’s match-up. The Tigers are coming off an 83-50 home victory over Alabama State on Saturday.

Brad Law (play-by-play) and Joe Ciampi (analyst) will describe the action for SECN+.

UT has won in 13 of its last 15 trips to The Plains but lost the last time in Auburn.

Tennessee has limited Auburn to 66 points or fewer 11 of the last 12 times they’ve met and to 61 or less on nine of those occasions.

These teams will meet again at 7:00pm on Valentine’s Day (February 14th) in Knoxville.

Three Who’ll Get You 20
UT has three players who have shown the ability to score 20+ points on any given night. Evina Westbrook (6), Rennia Davis (2) and Meme Jackson (2) have combined to produce 10 20-point games this year.

Davis Rising
After being limited to seven points at Texas, sophomore Rennia Davis has bounced back by averaging 16.0 points and 9.0 rebounds in five games since. She is coming off a 20-point, 13-rebound double-double vs. Murray State last Friday and a 19-point, six-rebound effort vs. Belmont last Sunday.

Sharing The Basketball
UT has averaged 20 assists the past three games, recording 20 vs. ETSU, 21 vs. Murray State and 19 vs. Belmont.

Three-Ball Frequency
UT has hit seven or more three-pointers in five straight games. Tennessee had never done that in more than four consecutive contests. The Lady Vols have knocked down nine or more 3s in four of their past five outings.

Point Production
After scoring 65 points vs. Stetson, the Lady Vols have averaged 87 points since then, tallying 88 vs. Texas, 85 vs. Stanford, 80 vs. ETSU, 98 vs. Murray State and 84 vs. Belmont. Three-balls have been a key to that increase.

No. 10/10 Tennessee led by as many as 18 points before holding off a late rally to secure an 84-76 victory over Belmont in front of a season-best crowd of 8,546 on Sunday afternoon at Thompson-Boling Arena.

The Bruins (7-4) rallied from a 16-point halftime deficit to take their first lead since the opening minutes of the game with a 22-6 run in the second half. The Lady Vols (11-1), however, closed out the game on a 19-10 run to earn the victory.

Evina Westbrook led the way for Tennessee with 20 points, seven assists and six rebounds. The sophomore guard had 11 points in the fourth quarter alone to resurrect the Lady Vols’ offense after they managed only eight third-quarter points. It marked the sixth time in her career that Westbrook eclipsed the 20-point mark in a game, with all six occasions coming this season.

Sophomore forward Rennia Davis posted another strong performance, finishing with 19 points and six boards. Senior Meme Jackson and freshman Zaay Green both chipped in 10 points each to round out the double-digit scorers for the Lady Vols. Westbrook and freshman guard Jazmine Massengill dished out seven and five assists, respectively, as the Lady Vols ended up with 19 overall.

The Tigers have started the same five in all 13 games, including seniors McKay and Emari Jones, redshirt junior Crystal Primm, junior Alexander and sophomore Thompson.

The Tigers like to press and average 12.7 steals and force 21.8 turnovers per contest.

UT ended the Tigers’ season in the SEC Tournament second round, 64-61, on an off-the-glass, three-point buzzer-beater by Rennia Davis.

Daisa Thompson made the 2018 SEC All-Defensive Team, while Unique Thompson was All-Freshman.

Freshman Brooke Moore scored a career-high 23 points, and Auburn pulled away early and cruised to an 83-50 victory over Alabama State to close out non-conference play Saturday at Auburn Arena.

Rennia Davis knocked down a three-point shot with .5 seconds remaining to give No. 12 Tennessee a 64-61 victory over Auburn on March 1st, 2018, at Bridgestone Arena and advance the Lady Vols to the quarterfinals of the SEC Tournament.

Jaime Nared led UT in scoring, hitting 17 before a hard fall on a layup attempt eventually sidelined her. Mercedes Russell had 12 points and 15 rebounds to record her 45th career double-double, tying Candace Parker for the second most career double-doubles in Tennessee history behind only Chamique Holdsclaw.