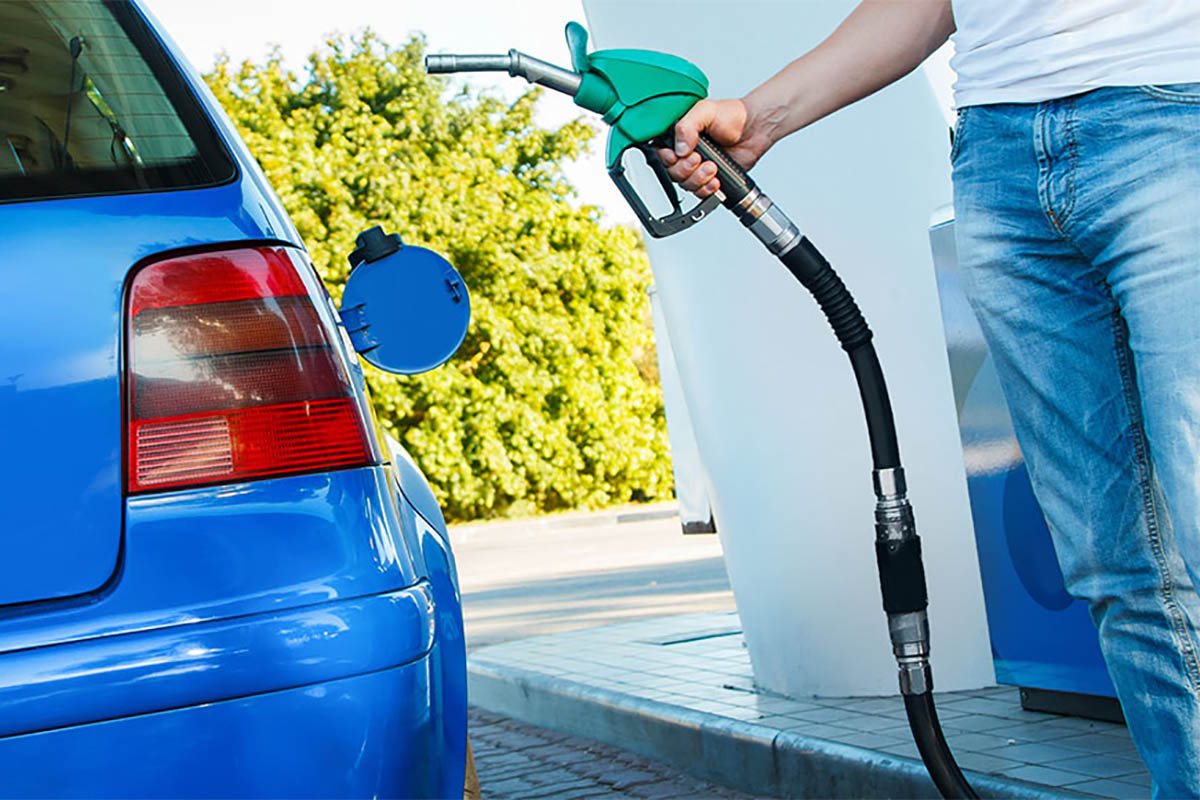 Tampa, FL – On the week, AAA says gas prices are as much as nine cents cheaper in every state except California, (+5 cents), Florida (+4 cents), Ohio (+2 cents) and South Carolina (+1 cent).

Hurricane Dorian has been the driver for the increases in Florida and, most likely, South Carolina.

“As an east coast storm, Hurricane Dorian is not threatening major oil and gas infrastructure so its impact is localized to its path along the East Coast,” said Jeanette Casselano, AAA spokesperson.

“For the rest of the country, demand, which remains high, is chipping away at supply, but not at a high enough rate to increase gas prices,” Casselano stated.

Today’s national average is $2.57, which is a penny cheaper than last week, 14-cents less than a month ago and 26-cents cheaper than a year ago. 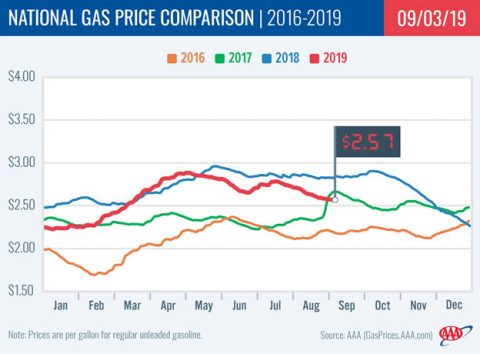 Hurricane Dorian drove Florida’s gas price average up four-cents on the week and is starting to impact pump prices in Georgia and South Carolina by pennies. Some gas stations in the Sunshine state were reporting fuel shortages, due to motorists filling-up ahead of the storm.

Those shortages will be short-lived as fuel will be re-supplied once tanker trucks can travel into any impacted areas.

The rest of the region has not been impacted by the hurricane and on the week gas prices are as much as a nickel cheaper in Texas. Most states saw prices push cheaper by two to three cents. At $2.18, Louisiana and Mississippi carry the cheapest gas price averages in the country.

The region saw a nearly 3 million bbl draw on gasoline stocks in the Energy Information Administration’s (EIA) report for the week ending August 23rd. That drop brought total levels down to 80 million bbl, which is the lowest regional supply level since mid-April of this year. Regardless, it is a healthy supply level and provides the ability to replenish any shortages in Florida.

Gasoline stocks remain stable at 51 million bbl, the healthiest supply level seen since April for the Great Lakes and Central states region. Regional refinery utilization hit 100% in the EIA’s latest report. The high refinery rate and healthy stock level are working together to push prices cheaper for most of the region, a trend that should continue into September.

Regional gasoline stocks added 1.6 million bbl for the week ending Aug. 23.  At 63.9 million bbl, stock levels are at their highest point in three months and on par with levels this time last year. This is positive news for the region in light of stock decreases seen earlier this summer due to the fire and explosion at the Philadelphia Energy Solutions (PES) refinery in Pennsylvania. With regional refinery utilization down to 66%, it’s likely that most of the increase in supply is a result of imports.

Utah (-4 cents) had the largest decrease in the region on the week followed by Idaho (-3 cents). Meanwhile, pump prices in Idaho, Wyoming and Montana only decreased by a penny or two. At $2.54, Colorado saw no movement.

EIA data reports regional refinery utilization increased for another week, this time to 102%, though gasoline stocks dipped by about 200,000 bbl down to 7.4 million bbl. As utilization holds strong, gas prices will continue to be cheaper for motorists in the Rockies region.

The EIA’s recent report for the week ending on August 23rd showed that West Coast gasoline stocks decreased by 600,000 bbl. The total level is now 29.02 million bbl., which is more than 700,000 bbl higher than last year at this time. The higher level could help prices stabilize if there is an increase in gas demand in the region this week.

At the close of Friday’s formal trading session on the NYMEX, WTI decreased by $1.61 to settle at $55.10. Crude oil prices saw some gains last week following EIA’s weekly report that showed crude oil stockpiles had decreased by 10 million bbl.

However, worries about the impact of Hurricane Dorian drove crude oil prices down late last week. Closing out the week, crude oil futures fell 3% ahead of the hurricane’s landfall with fears that its impact could dampen demand. Market watchers will continue to track the progress of Hurricane Dorian as it strengthens throughout the week and batters Florida and the east coast.