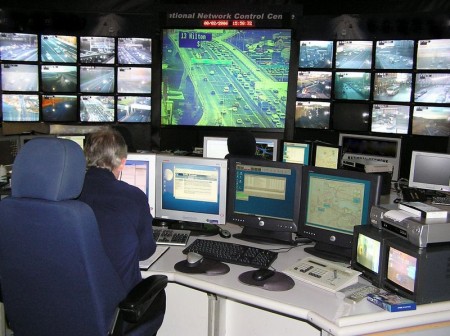 When the discussion of installing red-light cameras in Clarksville began, one of the arguments against them was their potential use for tasks beyond ticketing red-light violators. This is commonly known as “mission creep.” Cameras are first installed for one reason, then, after they are in place, it’s simple to expand their use for other purposes. For example, while cameras in Clarksville initially won’t ticket for speeding, several City Council members have already expressed interest in getting the “whole package,” which would include speed enforcement as well.

Those who warned of the civil liberties issues with these cameras were 100% correct that they could be used to track and database the movement and associations of law abiding citizens. Why is this dangerous? Let’s say one day the government does something that you don’t like. Then, lawfully exercising your right to free speech and the right to petition the government for a redress of grievance, you protest it. Suddenly you have popped up on the government’s radar screen. The government can then check the voluminous records they have already started keeping on Americans, such as travel and flight records.

The government can go back and go through your call logs, Internet traffic, movement logs, and other electronic traces with a fine tooth comb looking for things that woud allow them to harrass or intimidate you.

There are millions of laws on the books, many of them complex and hard for the average person to understand and follow. How many of these laws are you aware of? How many of them have you inadvertently broken? How many others exist that you don’t even know about!

Tracking movements and associations is especially useful when turning the power of  government against it’s citizens.

In order for cyberspace to be policed, Internet activity will have to be closely monitored. Ed Giorgio, who is working with ( Michael “Top Spy”) McConnell on the plan, said that would mean giving the government the authority to examine the content of any e-mail, file transfer, or Web search. “Google has records that could help in a cyber-investigation,” he said. Giorgio warned me, “We have a saying in this business: ‘Privacy and security are a zero-sum game.'” – Wired Magazine: NSA Must Examine All Internet Traffic to Prevent Cyber Nine-Eleven, Top Spy Says

For example, after checking on your life, they may find out that your best friend is a member of several environmental groups, one of them suspected of links to environmental terrorism. You or someone you know were in close proximity to a drug dealer, or that mafia guy, or while at the local convenience store you spoke with a guy who recently got busted for breaking into homes.

Even though you are a law abiding citizen, can you be sure that every single person you ever have come in contact with is, or was, as well? That is the true danger of this: guilt by association or proximity.

It is time for the Clarksville City Council to rescind their red-light camera program and not install these spy cameras in our community.

Private companies in the US are hoping to use red light cameras and speed cameras as the basis for a nationwide surveillance network similar to one that will be active next year in the UK. Redflex and American Traffic Solutions (ATS), the top two photo enforcement providers in the US, are quietly shopping new motorist tracking options to prospective state and local government clients. Redflex explained the company’s latest developments in an August 7 meeting with Homestead, Florida officials.

“We are moving into areas such as homeland security on a national level and on a local level,” Redflex regional director Cherif Elsadek said. “Optical character recognition is our next roll out which will be coming out in a few months — probably about five months or so.”

The technology would be integrated with the Australian company’s existing red light camera and speed camera systems. It allows officials to keep full video records of passing motorists and their passengers, limited only by available hard drive space and the types of cameras installed. To gain public acceptance, the surveillance program is being initially sold as an aid for police looking to solve Amber Alert cases and locate stolen cars.

“Imagine if you had 1500 or 2000 cameras out there that could look out for the partial plate or full plate number across the 21 states where we do business today,” Elsadek said. “This is the next step for our technology.”

ATS likewise is promoting motorist tracking technologies. In a recent proposal to operate 200 speed cameras for the Arizona state police, the company explained that its ticketing cameras could be integrated into a national vehicle tracking database. This would allow a police officer to simply enter a license plate number into a laptop computer and receive an email as soon as a speed camera anywhere in the state recognized that plate.

Such programs would be fully consistent with existing law on searches and seizures. In the 2003 case Washington v. William Bradley Jackson, the Washington State Supreme Court ruled that police could not use a physical GPS tracking device to monitor a suspect’s movements without first obtaining a warrant. No warrant would be needed or restrictions applied to license plate tracking systems which do not require any physical contact. Instead, individual police officers could monitor the movements of suspected criminals or even their wives and neighbors at any time.

In the past, police databases have been used to intimidate innocent motorists. An Edmonton, Canada police sergeant, for example, found himself outraged after he read columnist Kerry Diotte criticize his city’s photo radar operation in the Edmonton Sun newspaper. The sergeant looked up Diotte’s personal information, and, without the assistance of electronic scanners, ordered his subordinates to “be on the lookout” for Diotte’s BMW. Eventually a team of officers followed Diotte to a local bar where they hoped to trap the journalist and accuse him of driving under the influence of alcohol. Diotte took a cab home and the officers’ plan was exposed after tapes of radio traffic were leaked to the press. Police later cleared themselves of any serious wrong-doing following an extensive investigation.

In the UK, officials are planning to dramatically expand the use of average speed cameras that track cars over distances as great as six miles. Records on all vehicle movements taken from a nationwide network of cameras will be stored for five years in a central government Automated Number Plate Recognition (ANPR) server, allowing police to keep tabs on criminals and political opponents. Work on the data center in north London began in 2005 and officials expect real-time, nationwide tracking capability to be available by January.

The Newspaper is a journal covering motoring issues around the world from a political perspective.