The Final Presidential Debate: The thumpin’ that wasn’t 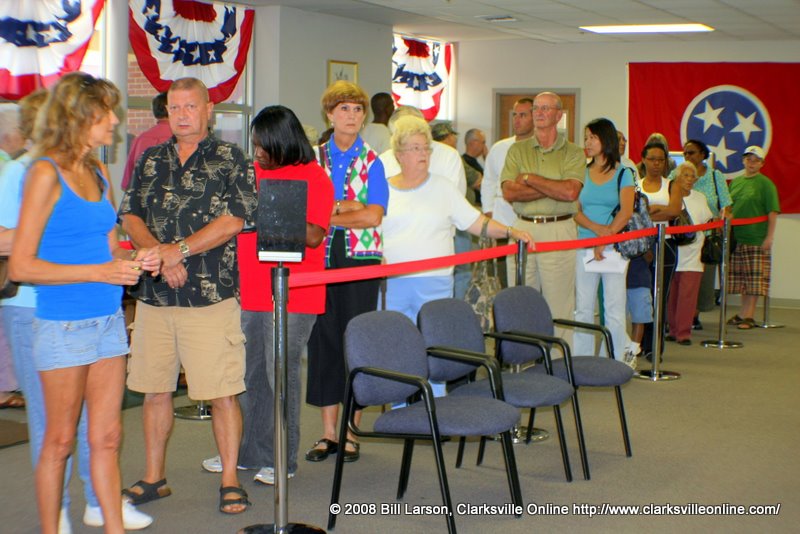 As early voting opened in Tennessee to heavy turnouts, Senator McCain’s promised thumping of Senator Obama didn’t materialize. Groups gathered at both local Republican and Democratic party headquarters to watch the debate, discuss their preferences and hear the candidates present their proposals. 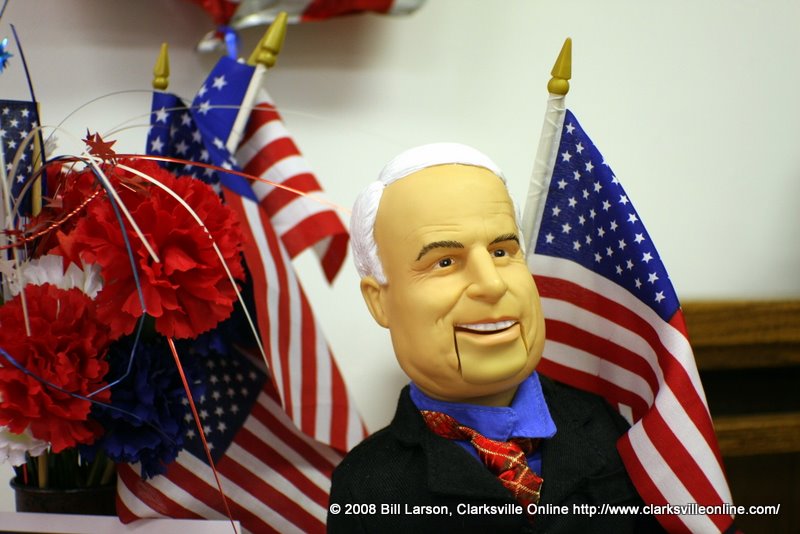 The final candidates debate of the 2008 presidential election season was a much anticipated showcase of America’s choices for leadership for the next four years. The debate’s focus was to be on domestic policy, with the recent upheaval in the financial markets to be a focal point. The level of negative ads has increased to  near crescendo as McCain’s campaign unleashed new charges and the Obama campaign refuted falsehoods and returned the fire to McCain. The debate was supposed to offer a clear demonstration of McCain’s superiority to Obama. Sadly, for McCain, the smear adhesive didn’t stick. 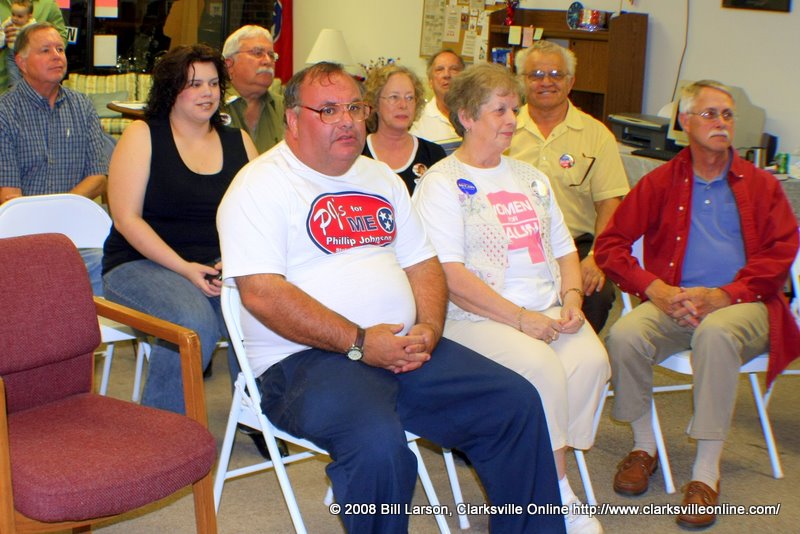 Viewers were treated to a consistent presentation of proposals and ideas from Obama as he responded to  McCain’s attempts to hang negatives.

Obama noted that McCain’s own campaign said publicly last week that, “if we keep on talking about the economic crisis, we lose, so we need to change the subject.” Such was the tone for the course of the evening. 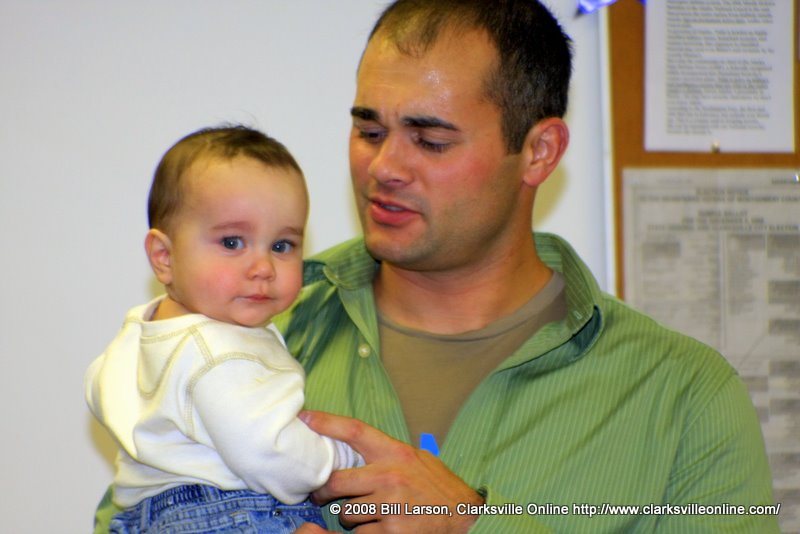 The differences in economic stimulation and health care coverage ideas made for strong contrasts.  McCain did not deny that under his health care reforms, employer-based health care coverage would be taxed to the employee, a first in the U.S. He stated that his $5000 tax credit would allow taxpayers to purchase insurance on their own. He suggested that this would afford taxpayers typical coverage, except for such extravagances as cosmetic surgery and transplants. The U.S. Chamber of Commerce has stated annual health care premiums average $12,000. McCain had no answer for how that shortfall would be addressed. Senator McCain opposes any tax increases, instead proposing to further President’s Bush’s tax cuts and make them permanent. He says that  Obama would raise taxes on the middle class taxpayer and small businesses. He, however, doesn’t want to raise taxes for anyone. 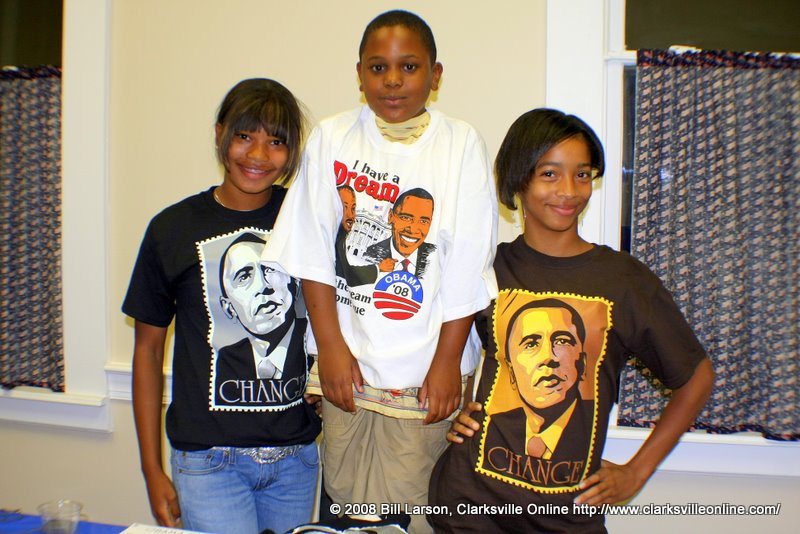 Obama was reasoned in his calm presentation of his proposals for the American people. He stated under his health care reform, employer-based health care coverage would not be taxed, those with such coverage could keep it and see their premiums lowered; and those without coverage would be offered a coverage plan much like one that he and  McCain enjoy as members of Congress, with no exclusions for pre-existing conditions.  Obama stated that under McCain’s plan, employer-based health care could actually disappear altogether. He based this on a finding released by the U.S. Chamber of Commerce, a traditionally conservative, non-Democrat, business advocate. Additionally, Obama would use the discount-buying power of the federal government, as a consumer, to purchase drugs at a lower cost from the drug companies.

Obama has proposed a tax plan where ninety-five percent of taxpayers will not see an increase, but rather a tax cut. Obama noted that small businesses typically earn under $200,000 dollars a year. Under his plan, small businesses which earn $250,000 dollars or less a year would also see a tax cut. Obama stated that McCain’s approach would give an additional tax break of $200 billion dollars to some of the wealthiest corporations in the nation. He cited Exxon-Mobil and the oil industry as a whole, would receive an additional $4 billion in tax breaks. McCain did not deny either of these charges. 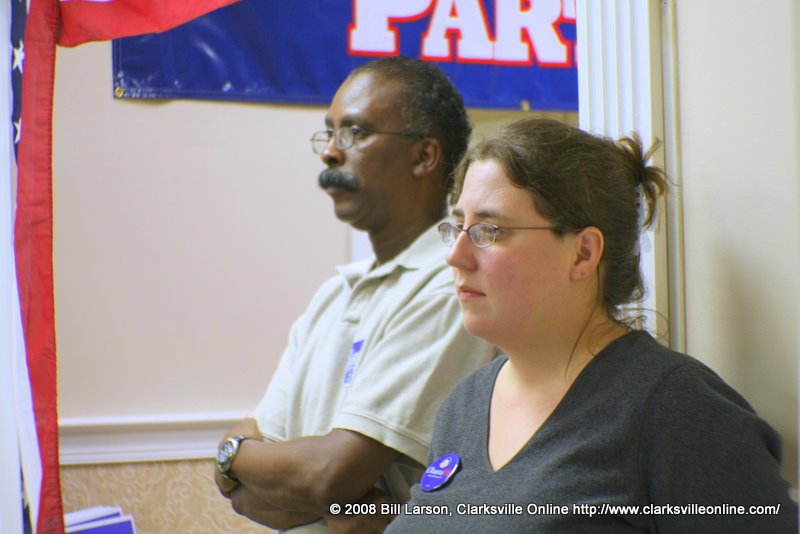 On foreign oil dependence, the candidates had differences as well. McCain supported immediate offshore drilling, as well as drilling in ANWR, to provide short-term relief to our energy situation. He said this would give us time to develop more nuclear energy plants, support alternative energy programs for wind, solar, natural gas, tide and flex-fuels to cut our dependence on foreign oil. He claimed this will make the U.S. independent of foreign oil.

Obama corrected him that our oil reserves only total three percent of the world’s total oil reserves and we annually consume twenty-five percent of the world’s oil supply. “We can’t drill our way out of this.” He further pointed out that U.S. oil companies already hold leases on sixty-eight million acres of offshore oil drill sites which they are not developing. He proposed they either drill in these areas or lose them to other developers. He also said he is not opposed to nuclear energy development, but we must also pursue alternative energy in wind, solar, geothermal and bio-diesel and high fuel-efficient vehicles to truly reduce our dependence on foreign oil and reinvigorate the American economy. Energy development can play a major role in revitalizing our economy with job creation and retention. Creation and manufacture of high fuel-efficient vehicles in the United States can serve as a revival of the nation’s economic manufacturing segment and thereby give new vitality to the U.S. auto industry. Realigning our energy perspective can give us the ability to realign so many other segments of the American system- adjusting our education system, focusing on preventive health care measures to reduce later demands on Medicare and Medicaid.

When asked if the federal budget can be balanced in four years,  McCain answered, “Sure, …we can do it with this kind of job creation of energy independence.” He offered to implement an across-the-board spending freeze. However he would not declare what cuts he would impose beyond eliminating the marketing assistance program and some ethanol subsidies. Regarding the fine tuning of specific programs being eliminated, he never quite responded with those details.  Obama suggested that it would take ten years to reach a balanced budget. He suggested starting with eliminating the $750 billion dollars in subsidies to the insurance companies, that doesn’t provide seniors with coverage nor improve the Medicaid/Medicare programs. He also insisted that he would require proper structure of the $750 billion dollar rescue package passed by Congress. He stressed that he has been a strong proponent of pay-as-you-go spending. Every spending bill he has proposed has included financial offsets so that they did not add to the federal deficit.

There were additional questions on education reforms, Supreme Court nominees, suitability of opposing vice presidential running mates, negative characterizations of opponents, NAFTA considerations, and support for human rights. The full transcript of the debate is available at the CNN website.

There is plenty of campaign follow-up activity by both parties. Tonight, the College Republicans and Democrats will hold a debate at the APSU Library. On Saturday, October 18,there will be a Voters Rally at Veterans Plaza, starting at 10 a/m. At the conclusion, voters will proceed to the Election commission to cast their votes. On October 29th, the chairpersons of each political party will hold a debate in the Morgan Center Ballroom on APSU. This event will start at 2 p.m. Both parties offer volunteer opportunities for any persons wishing to support their respective candidates.