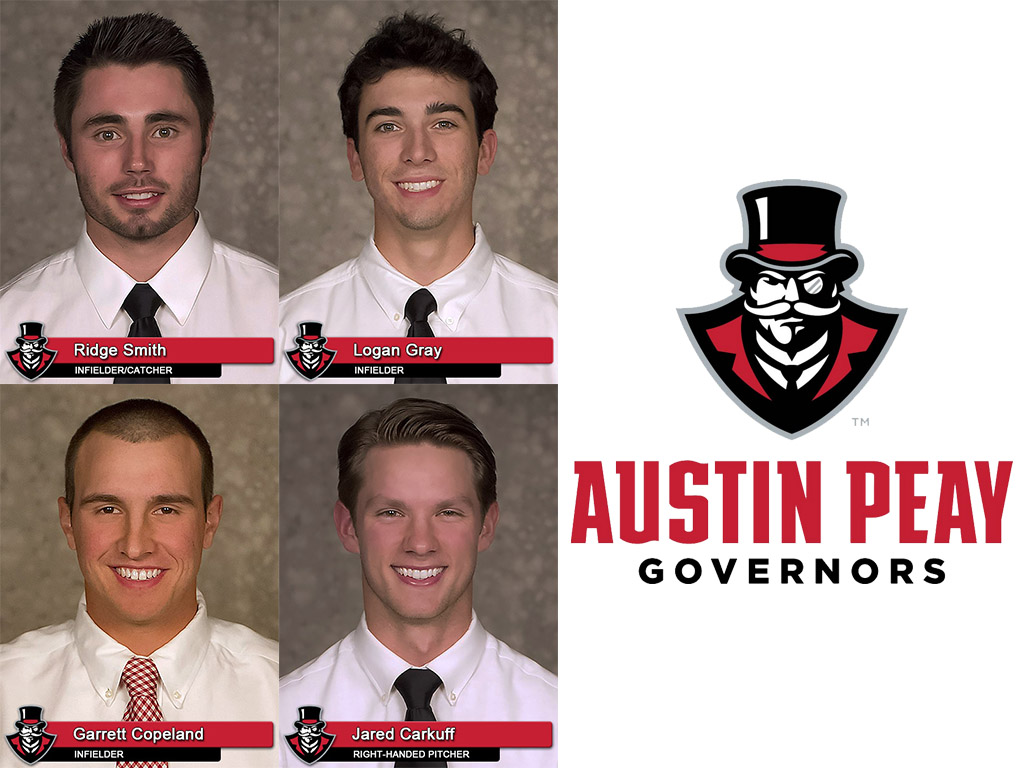 Clarksville, TN – This past week in New York City, Major League Baseball held its annual amateur draft with four Austin Peay State University (APSU) baseball players having their names called, bring the all-time total to 40 players selected in the draft from APSU since the first Gov was drafted in 1972.

Juniors Ridge Smith (catcher), Logan Gray (third base), Garrett Copeland (second base) and senior pitcher Jared Carkuff were chosen in the 12th, 13th, 30th and 35th rounds, respectively, marking the second time Austin Peay had has as many as four players drafted at one time – and trailing only the 2013 MLB draft were the Govs had five players picked. 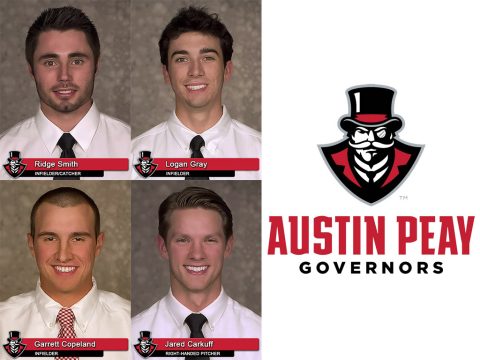 There have also been 12 Govs who have signed free agent contracts with major league teams, with the last coming following the 2010 season.

Keller is the overall highest pick, going number 28 overall, while third baseman Nate Manning (9th round by the Chicago Cubs in 1996) is the only other Govs to be selected before the 10th round.

Currently there are two former Govs that are playing in the majors who were former draft picks – catcher A.J. Ellis, who was selected in the 18th round by the Los Angeles Dodgers, for whom he still plays, and pitcher Shawn Kelley, who was selected by the Seattle Mariners in the 13th round of the 2007 draft and currently plays for the Washington Nationals.

The 2016 quartet were also a part of a record-tying 13 total players drafted from the Ohio Valley Conference – tying the total from the 2010 draft – with Morehead State (3), Southeast Missouri (2), Belmont (2) and Eastern Kentucky (2) also having multiple players selected in this year’s draft.

For Smith, it was the second time he had been selected in the draft – having been picked by the Cleveland Indians in the 29th round of the 2013 draft – joining pitcher Keith Gilliam as the only Governor to be selected twice in the draft (St. Louis Cardinals, 17th round, 1981), (Toronto Blue Jays, 18th round, 1982).

This draft also marks just the second time one organization drafted two Govs in the same draft (Smith and Carkuff/Toronto Blue Jays), with the other time coming in the 2013 draft when the San Francisco Giants picked Rogers and first baseman Craig Massoni.

While the professional careers of Smith, Gray, Copeland and Carkuff is just beginning, this draft shows that the Govs baseball program is still a strong destination for players looking to make it to the next level.