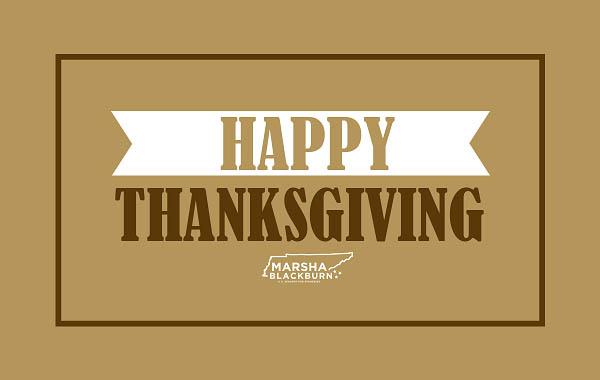 Washington, D.C. – In November 1621, after the pilgrims’ first successful corn harvest, a celebratory meal was held in Plymouth, Massachusetts. It wasn’t for over two hundred years that the meal now known as Thanksgiving was held on a consistent date across the nation.

Just days after delivering the Gettysburg address in 1863, President Abraham Lincoln declared Thanksgiving to be the final Thursday of November. In 2019, it is customary to reflect on the many things we are grateful for. 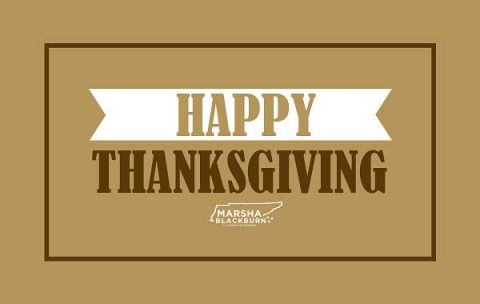 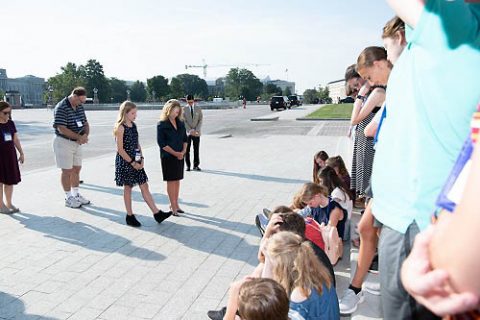 We have much to be thankful for this year, including our religious freedom. Each day, I open my Bible and study my favorite passages, without fear of persecution. The same cannot be said in many other countries. It is with gratitude that I openly share my beliefs.

Our men and women in uniform, and our first responders, work every day to defend our country and protect our safety. These brave men and women put their lives on the line in the name of freedom. We are so grateful for these heroes.

Tennesseans gave me the privilege of a lifetime by sending me to the United States Senate. Each day I walk through the halls, I am still awestruck by the beauty and the history that surrounds me. I am so grateful for the honor of representing Tennessee.

From the entire Blackburn family, we hope each of you has a happy and healthy Thanksgiving. Whether you’re making grandma’s favorite pumpkin pie or cooking up some wild turkey, we hope your Thanksgiving meal is delicious.

Every woman in Congress has the suffrage movement to thank for our ability to represent our constituents. Thank you, President Trump, for keeping women’s history alive for future generations by signing my bipartisan Women’s Suffrage Centennial Commemorative Coin Act into law.

Speaking Out Against Anti-Semitism

In Nazi-occupied Europe, Jewish-owned shops were forced to display a placard to distinguish themselves from non-Jewish shops.

The European Union’s Court of Justice recently issued a rule requiring special labels for goods imported from areas in Israel.

The ruling makes it easier for those wishing to discriminate against products made in Israel and is a win for the radical BDS movement. Senator Ted Cruz of Texas and I wrote a letter calling out this blatantly anti-semitic ruling.

Standing Up For Free Speech

Widespread protests recently broke out against the Iranian regime’s decision to increase gasoline prices by 50 percent. Iranian officials then took the unprecedented action of shutting down the internet to silence dissent and hide police brutality. My colleagues and I sent a letter to President Trump urging the Administration to swiftly impose sanctions on the officials responsible and support restoring Internet access.